10 Greatest Natural Wonders Of The World

The Earth is indeed an extraordinary planet and not just because of the infinite variety of life that it supports, the land itself is fabricated marvelously.

The Grand Canyon is an enormous ravine situated in the state of Arizona in the United States. Seen from the space the Colorado River is most conspicuous feature of the south western desert, which creates The Grand Canyon. In just a few million years, this river has cut through the ancient Colorado plateau creating a canyon 277 miles long and in some places 18 miles wide. The most ancient rocks of The Grand Canyon are approximately 2 billion years old, which is nearly half the age of the Earth itself. 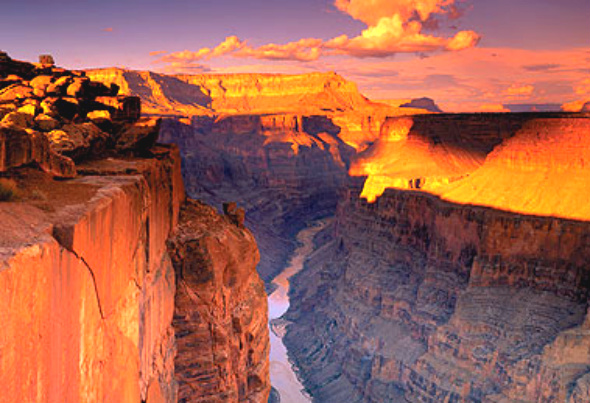 The world’s largest canyon creates its own awesome weather. One day can bring both blistering sunshine and scores of snow. Yet another more fundamental force is at work, the rim of the Grand Canyon is still rising and consequently the river below is still cutting its way ever deeper through the rocks.

South America is a land of water, in the wet season its rivers swell to bursting point. In January and February, the Iguazu Falls on the border of Brazil and Argentina are at their most impressive. Every second 10,000 tons of water tumble from the Paraná Plateau and thunder down into the giant horseshoe canyon. 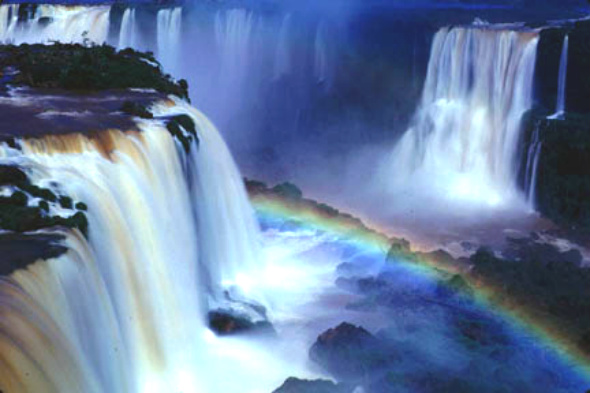 The panorama is over-whelming as more than 200 individual falls cascade over the two and a half mile rim.

The Asian pride – the Himalayan Range is home to the highest mountains in the world and the largest deposits of accumulated ice outside the poles. The Himalayas appear like a frozen forest yet it has its own natural habitat, which teaches us the beauty and the fragility of life. The Himalayas form a 2,000 mile scar across Asia, across six countries – China, India, Pakistan, Nepal, Bhutan and Burma. 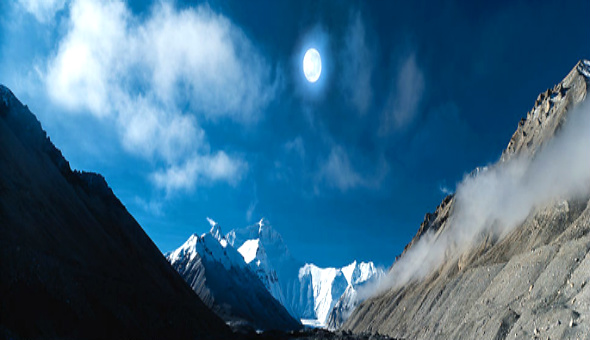 What seems to be the most hostile range of the world, the Himalayas has a fascinating wildlife, mountains and glaciers that attract scores of tourists every year.

Also known as St. Paul’s Subterranean River it is located in the Saint Paul Mountain range in the Philippines. The Subterranean River is the longest underground river in Asia and the second longest underground river in the world, with an 8.2 km of navigable river that winds through a cave before flowing into the South China Sea. 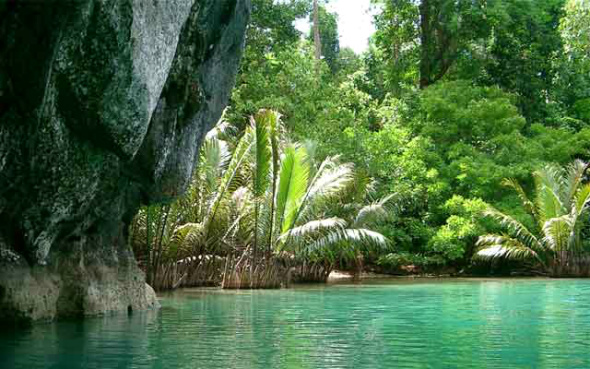 Known as the “Swan Lake” in Tibetan, Yamdrok Lake means “the jade lake in the upper pastureland”. The Lake is one of the three sacred lakes in Tibet and covers an area of 638 square kilometers. The other two holy lakes are the Lake Namtso in North Tibet and Lake Manasarovar in Ali.

The Yamdrok Lake is a continental lake with constant rains, thawing snow and icebergs. It lies at an altitude of 4,441 meters

The largest cave in the world, the Eisriesenwelt Cave is extends 26.1 miles (42 km) inside Hochkogel Mountain in Austria. The word Eisriesenwelt stands for the “World of Ice Giants” in German. The entrance to the cave is a narrow doorway, which keeps in the cold and opens to blast out freezing air that literally takes the breath away. 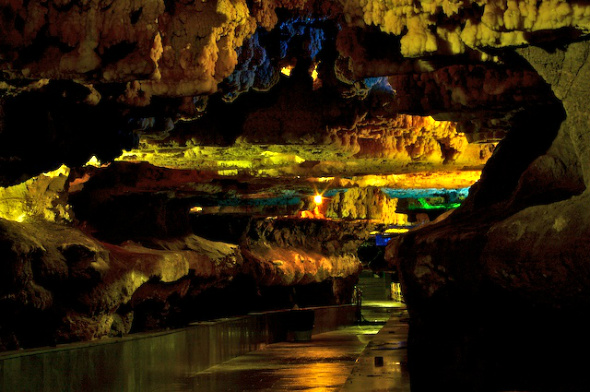 Visitors pick their way up a series of boardwalk of 700 steps and the steep route follows its way along the course of the ancient river that carved its way through the rock. At a high altitude, the air inside the cave remains below freezing point and any water dripping inside freezes into ice formation defining various shapes.

In the far north of Sweden is the Abisko National Park, where La Porta, a classic U-shaped valley, is located. La Porta means the gateway to Lapland. On winter nights, it offers a fleeting natural wonder that attracts many enthusiastic watchers of the night sky. Here nature offers its spectacular light shows – the Aurora Borealis. 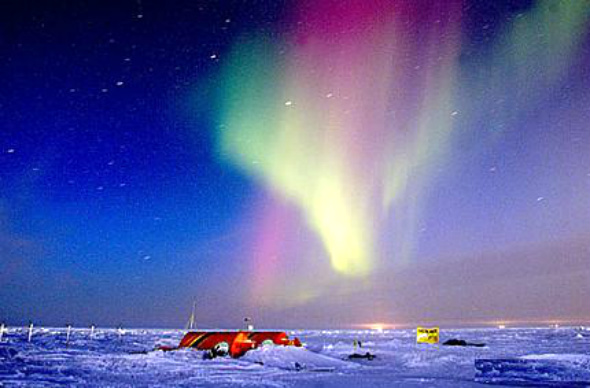 Also known as the polar auroras, people can witness the most amazing sight when the northern lights appear as waves across the sky; it is almost as if the lights are dancing.

Located on the borders of Zambia and Zimbabwe, Victoria Falls Victoria Falls is a spectacular waterfall falling from the Zambezi River. The falls is also known as the Mosi-oa-Tunya in the local African language, meaning “smoke that thunders.” 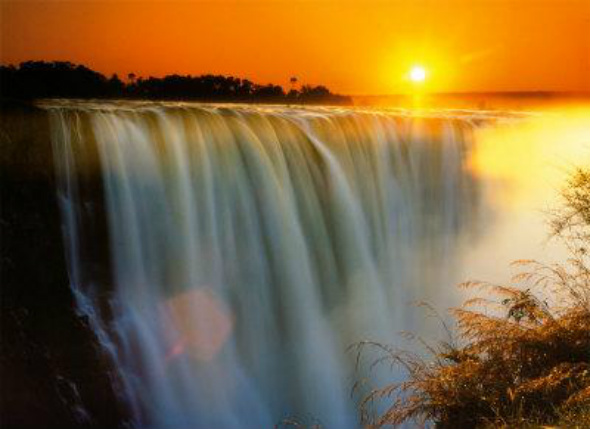 The Victoria Falls is 1.7 km and 108 meters high. It was named by the Scottish explorer Dr. David Livingstone in the honor of Queen Victoria.

Africa’s Garden of Eden is the largest known caldera in the world. Ngorongoro Crater is a gigantic basin about 12 miles wide and covers 102 square miles. The crater is the remains of an extinct volcano which once towered high over its present realm. The explosion of the volcano created the caldera wilderness haven, which is now home to 30,000 species that includes the rare black rhino. 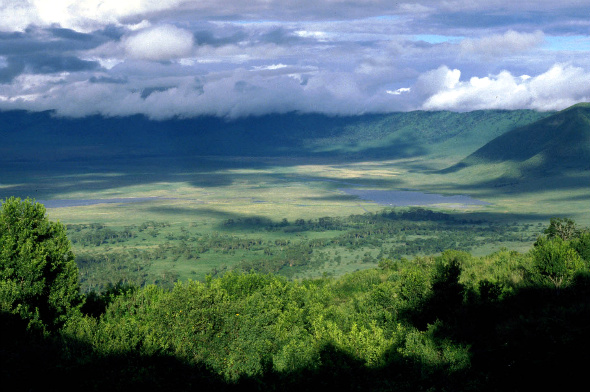 The Ngorongoro Crater rises over 2,000 feet above the caldera floor in the Arusha Region of Tanzania.

The Great Barrier Reef of the world that can be seen from outer space stretches over 1,600 miles and consists of over 2,900 separate reefs. It is the largest coral reef system in the world with 133,000 square miles including 900 islands off the coast of Australia. 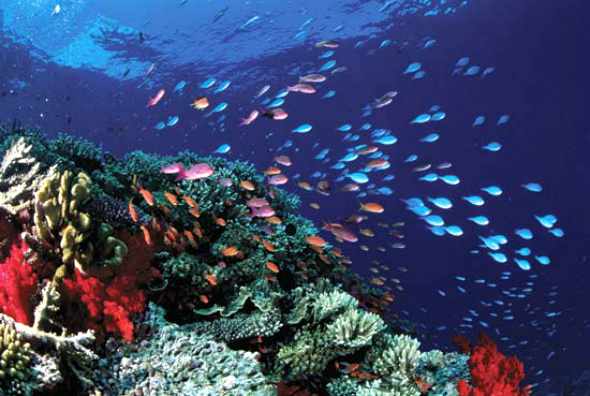 The Great Barrier Reef supports the most diverse ecosystems of the world, home to a large variety of marine life