10 Tallest Mountains In The Solar System

Looking our planet, into the solar system there are many mountains, peaks and ridges way taller than the mountains on the planet Earth. These extraterrestrial mountains may be a result of crater impact, high volcanic activity etc., none of which we would want happening in our home planet. 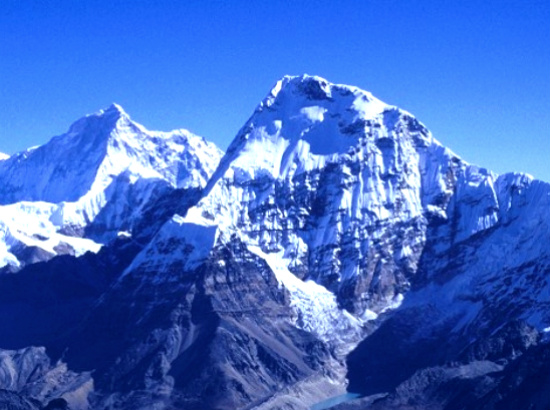 The fifth highest mountain in the world above sea level at an altitude of 8,481 m above sea level and located at the Nepal-China border. The Makalu has a unique shape of a four sided pyramid and lies only 19 km southeast of Mount Everest. The first attempts to climb the mountain began in 1954. However, the first successful ascent of the summit was made in 1955 during a French expedition by Lionel Terray and Jean Couzy. 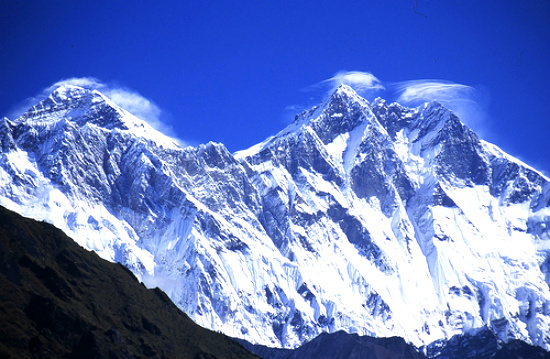 At 8,516 m above sea level, Lhotse is situated at the borders of China and Nepal and is connected to the Everest through the southern mountain pass. The south face of Lhotse has seen many failed attempts, fatalities with a very few successful ascents. The main summit of Lhotse was first climbed in 1956 by a Swiss team of Ernst Reiss and Fritz Luchsinger. However, the summit of Lhotse Middle remained the highest unclimbed point on Earth, until 2001 when a Russian Expedition finally made a first ascent. 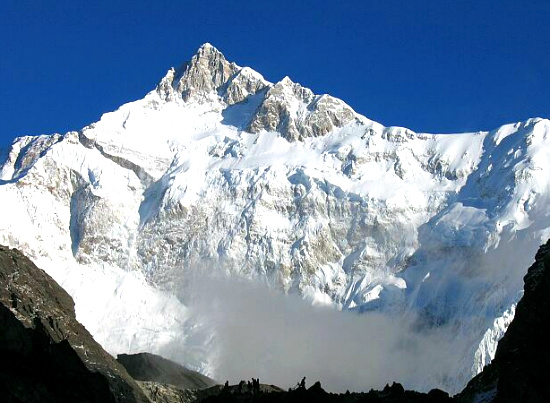 The third highest mountain of the world at 8,586 m above sea level, Kangchenjunga is located at the India-Nepal border in the Himalayan Range. The five peaks are collectively called the Kangchenjunga meaning “The Five Treasures of Snows”. The earliest attempts of reaching the summit started in 1848 and it was not until 1955 that Joe Brown and George Band made the first ascent. The landscape of Kangchenjunga is shared by four countries namely China, India, Nepal and Bhutan. 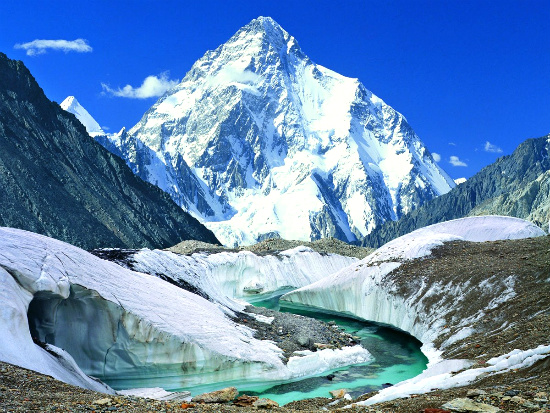 The second highest mountain in the world, K-2 or Godwin Austin has a peak elevation of 8,611 m above sea level and lies at the northwest of the Karakoram Range. Known as the savage mountain due its high fatality rate; K-2 is situated at the border of China and Pakistan. Since it is almost impossible to climb the K-2 from China, it is majorly climbed from Pakistan. K-2 was named by Thomas Montgomerie, while he surveyed the Karakoram and labeled its prominent peaks as K-1, K-2, K-3, K-4 and K-5. The earliest attempts to climb the savage mountain began in 1902 and the first successful ascent was finally made in 1954 by Lino Lacedelli and Achille Compagnoni in an Italian Expedition. One interesting fact about K-2 is that no one has ever attempted to climb the summit during the winter season.

The world’s highest mountain rises in the eastern Himalayas between Nepal and Tibet. A young limestone mountain not yet worn by erosion, it has two peaks, one of which reaches a height of 8,848 m. Everest is covered in snow except for its bare, gale-swept summits. Many glaciers feed rivers that rise near the Everest base. The mountain got its name in 1865, in the honor of Sir George Everest, the British surveyor general of India who established the location and the approximate altitude of the mountain. Its Tibetan name Chomolungma means “goddess mother of the world”. 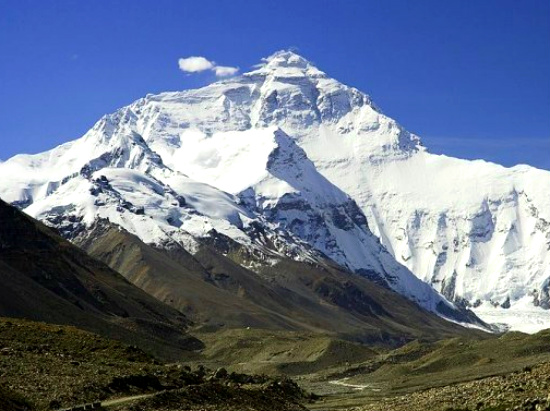 Climbing attempts began in the early 1920s, and several expeditions came within 300 m of the top. Success came with the development of special equipment to cope with the low oxygen supply, high winds and extreme cold. On May 29, 1953, Edmund Hillary of New Zealand and Tenzing Norgay, a Nepalese Sherpa tribseman became the first successful climbers of the Everest. 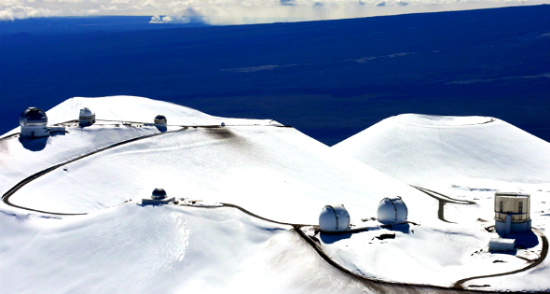 The tallest mountain in the world, Mauna Kea is a large dormant volcano located on the north central Hawaii Island, about 43 km northwest of Hilo. Measuring 4,205 m high above sea level, Mauna Kea extends an additional 5,547 km to the ocean floor. Thus, from base to peak it is the tallest individual mountain in the world. The Mauna Kea was last active more than 4,000 years ago; its snow covered cone is used for skiing and is also the site of the Mauna Kea Observatory, the highest astronomical observatory in the world. The mountain’s upper slopes have caves where ancient Hawaiians dug basalt for tools. The lower slopes support large cattle ranches and coffee plantations. The mountain is regarded in the Hawaiian legend as the home of the goddess Poliahu, the fire goddess of Mauna Kea. 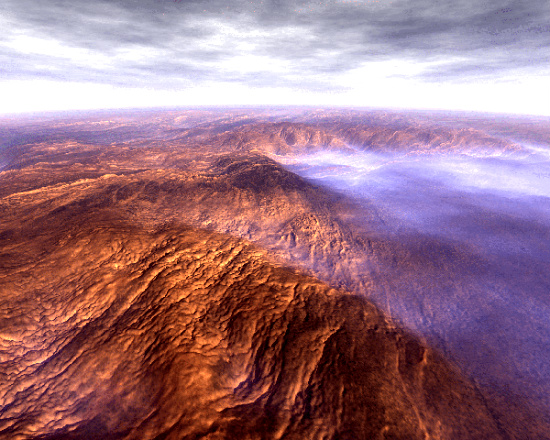 Rising to a height of 11,000 m, Maxwell Montes is the highest point on the surface of planet Venus. Located on the northern highlands of Ishtar Terra, the origin of the mountain belt is controversial with several suggesting its formation. The Maxwell Montes was discovered in 1967 by scientists at the American Arecibo Radio Telescope in Puerto Rico. The mountain is named after the mathematician and physician James Clerk Maxwell, whose works in radio waves made the radar and ultimately resulted in the exploration of the surface of planet Venus. 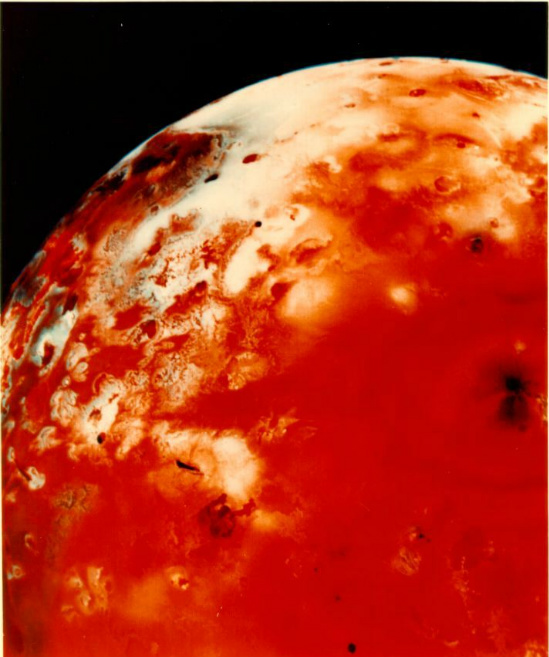 Boösaule Montes is known to be the tallest non-volcanic mountain of the Solar System. It is located at Io, the fourth largest satellite of the Solar System and innermost satellite of the planet Jupiter. The geology of Io is quite interesting as it contains about 400 active volcanoes and contains over 150 mountains on its surface. The Boösaule Montes is one such mountain that lies on the northwest of the large Pele plume deposit and reaches an elevation of 17,500 m. The mountain got its name from a cave in the Greek Mythology where Epaphus, son of Zeus, was born. 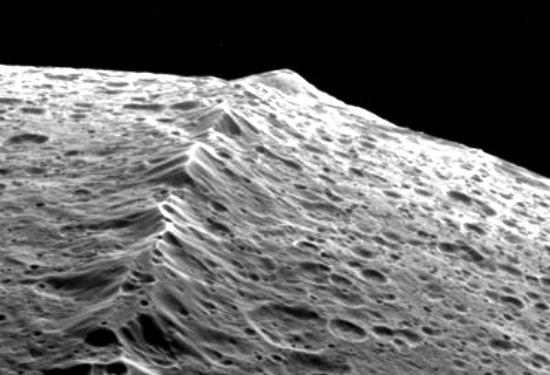 Located on the dark hemisphere of the third largest satellite, Iapetus, of the planet Saturn, the Equatorial Ridge runs along the center of the hemisphere with some isolated peaks as high as 20 km. The Equatorial Ridge was discovered by Cassini spacecraft on December 31, 2004. The formation of the ridge is still debated upon; however, it is agreed that the ridge is ancient as it is heavily cratered. The prominent bulge of the ridge gives Iapetus a walnut like shape. 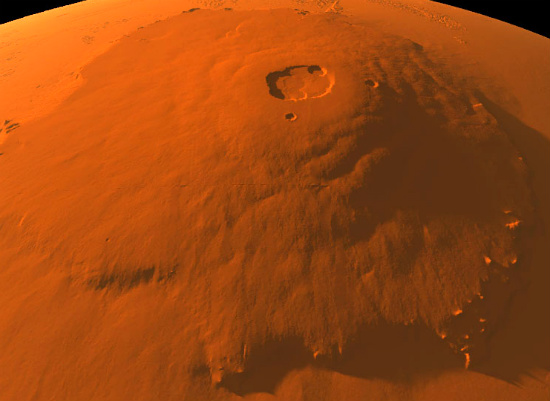 So far the tallest mountain discovered in our Solar System, Olympus Mons stands 24 km above a smooth plain on the planet Mars. Approximately three times taller than the Mount Everest, Olympus Mons was discovered by the US space probe, Mariner 9, in 1971 when it sent pictures of four immense volcanic mountains. The tallest of these shield volcanoes, Mons Olympus, dwarfs the largest such feature on the Earth, The Mauna Kea. The extraordinary height of the Olympus Mons owes to the absence of mobile tectonic plates, allowing the mountain to remain fixed on a stationary hotspot and continues discharging lava till the mountain reaches a considerable height. The base of the mountain pushes down 2km deep into the crust each year, owing to the enormous weight pressing down the Martian crust.