10 Hackers Who Got Legit Jobs From Illegal Practices

A hacker is a much softer name given to a cyber criminal. Although, it is termed as a crime yet there aren’t any hard and fast laws against them, except only when the situation gets out of hands. To some it’s a hobby and others are hacking just for the benefit of the masses. What’s more interesting is that these hackers end up with legitimate jobs after their adventures.

Jeff Moss alias the Dark Tangent, is the founder of the Black Hat and the DEF CON computer hacker conferences. Graduating with a BA degree in criminal justice from the Gonzaga University, Moss ran an underground bulletin board system for hackers in the 1980s. 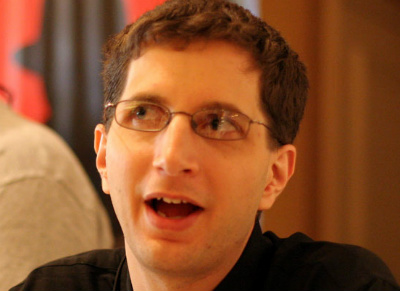 In 2005, Moss sold Black Hat to CMP Media, a subsidiary of the United Business Media for $13.9 million USD and is currently working under U.S. federal payroll as the Chief Security Officer at ICANN (Internet Corporation for Assigned Names and Numbers).

“A good guy at day and a bad guy at night”, that’s how many would describe the former black hat cracker. The best known cyber criminals that America has ever produced, Poulsen taught himself lock picking and engaged into other high-tech stunts. One of the best stunts he ever pulled was to take over the phone lines leading to Los Angeles radio station and KIIS-FM, warranting that he would be winning a Porsche for being the 102nd caller. Poulsen was arrested by the FBI on several accounts that included mail, wire and computer fraud, money laundering and obstruction of justice and was sentenced to 51 months in prison in addition to $56,000 as compensation charges. 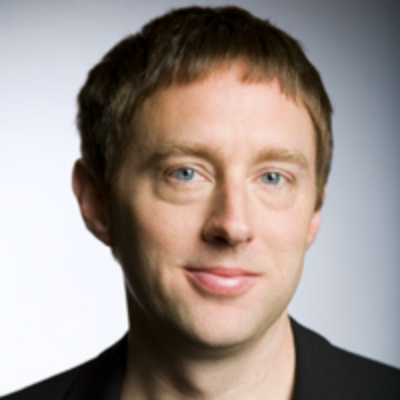 On his release, Poulsen transformed himself as a journalist and distanced himself from his unlawful past. He served as a journalist at SecurityFocus, a California based security firm, writing about security and hacking. Pouksen now serves as a senior editor in Wired News, an online technology based website.

Known for jail-breaking iProducts, 22 year George Hotz is possibly more famous for the Sony lawsuit. Hotz, an alumnus of the John Hopkins Centre for Talented Youth program, dropped out of Rochester Institute of Technology from where he was completing his majors in Biotechnology. Hotz hacking career started when he started breaking into Apple’s iOS devices, developing a software to unlock the iPhone’s Bootloader which was previously possible only by disassembling the iPhone with test-point based hardware unlock. 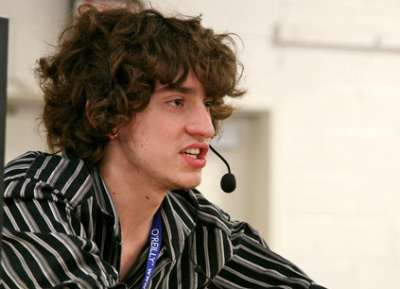 In 2009, Hotz started working on hacking into the most protected and secure system of the seventh generation era, Sony PlayStation 3. On January 22, 2010, he finally broke into the PS3 system enabling him to have full privileges to access the console’s processor and system memory. Hotz also posted the root keys of the PS3 on his website but were later removed following a legal action by Sony. The case was settled outside the court with Hotz promising Sony that he would never resume hacking any of the Sony products again. In May 2011, George Hotz was hired by Facebook, which was confirmed by Facebook spokesperson but no one knows what his job title is. Sounds fishy!

The lead developer of the ever popular MobileNotifier for jail-broken iOS 4 devices and above, Peter Hajas created the software with an alert stack management system. Hajas’s MobileNotifier has had more than 230,000 downloads by May 24, 2011. 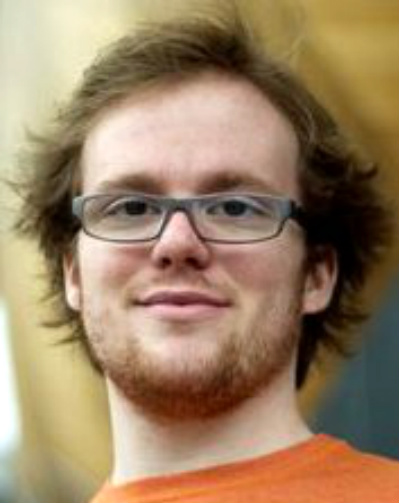 On May 27, Hajas wrote on his blog that he was “taking a break” and later confirmed by Twitter that he has been taken in by the iCompany itself, interning at Apple – the first step for all entry level developers there. But, after all the speculation and the press surrounding his last post on his blog, Hajas came up with the MobileNotifier Beta5. The latest release of the software, also known as the Ecstatic Eggo MobileNotifier, which was made public on 29th May, 2011 and is termed as the “the most revolutionary release since the project's inception” by the developer himself.

He could have made Twitter run for its money! When 17 year old Michael Mooney created “Mikeyy” or “StalkDaily”, a bug designed to exploit the social network’s security weakness bringing the tweet-fest to a complete halt, and leaving thousands of unwanted messages, such as “Mikeyy I am done…,” “Twitter please fix this” and “Twitter hire Mikeyy.” The young programmer began his career in his 6th grade and was expelled from school in the 9th grade for hacking into the school’s network. Michael Mooney’s hack could have caused some serious troubles but according to the teen he just wanted to prove to Twitter about the flaw in there system. 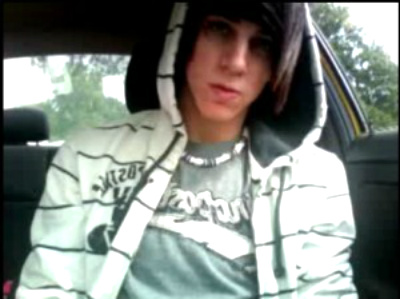 Although it was not the greatest way to get noticed but it worked and shortly after Mooney claimed to be responsible for the Twitter attack, he got a job offer from Travis Rowland, founder and CEO of exqSoft Solutions – a job that Mooney accepted and will be starting immediately.

Son of a computer security expert at the National Security Agency, Robert Norris Jr. had programming skills in his blood. In 1988, Morris created the worm while he was still a student at Cornell, with an intention hack into the internet to figure out its exact size. Therefore, the Morris Worm became the first computer worm to be set loose on the Internet, and instead of its intended use the work replicated excessively and slowed computers down to the extent that they were no longer usable. Estimates of 6,000 computers were affected by the bug and as a result, Morris became the first person to be prosecuted for cyber crime. He was sentenced to a three year probation period, 400 hours of community services and was fined $10,500. 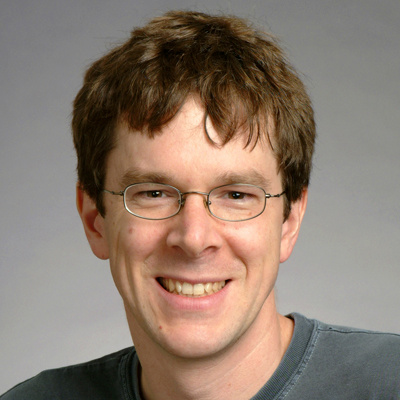 Morris now works as a professor at the Computer Science and Artificial Intelligence Laboratory of the Massachusetts Institute of Technology. His works include research in computer network architectures including distributed hash tables such as Chord and wireless mesh networks such as Roofnet.

Ringleader of an international hacking organization, Owen Walker from New Zealand caused $26 million worth of damage before finally being convicted on charges of cybercrime. Home-schooled from the age of 13 due to Asperger syndrome, Walker had no formal computer training except only what he taught himself about programming and encryption. In 2008, 18 years old Walker was arrested by the FBI on accounts of the damages he cost the University of Pennsylvania. Although he managed to dodge conviction, he was charged $11,000 USD for the damages and had to work with the local police for tracking down cyber criminal activities across the country. 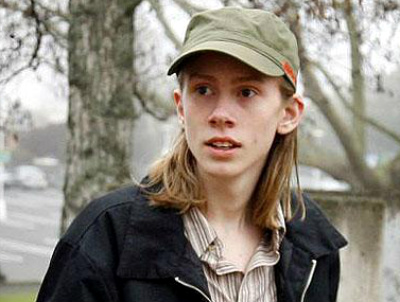 The same year, Owen Walker was hired by TelstraClear, a subsidiary of an Australian Telecommunications company in New Zealand as a security consultant at their security division.

Known for his work on enhancing the functionality of the Wii Remote controller of the video game console, Johnny Chung Lee is popular for his works on the Kinect development. Lee got his doctorates from the Carnegie Melon University’s Human-Computer Interaction Institute and was named as one of the world’s top 35 innovators under the age 35 in 2008. Lee hacked into the Nintendo Wii Remote in 2008, using ballpoint pens and infrared lights. 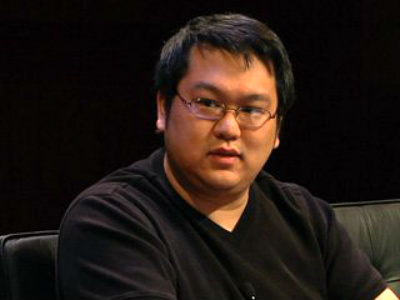 For the works on this project, Microsoft approached Lee for developing the Kinect and was later hired by Google as an evaluator on their experimental applications.

While studying in Georgia Southern University, Chris Putnam along with his two friends created a worm that modified infected Facebook pages to look exactly like MySpace profiles. However, when the XSS-based worm started making its own changes, it was then Facebook co-founder Dustin Moskovitz contacted Putnam. The note from Moskovitz, which according to Putnam goes something like this, “Hey, this was funny but it looks like you are deleting contact information from users' profiles when you go to replicate the worm again. That's not so cool.” 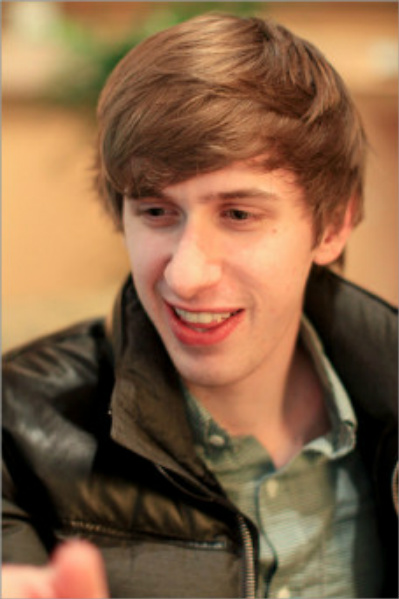 This led to some further interactions between Moskovitz and Putnam. Eventually in 2006, Chris Putnam quit college and was immediately offered a job at Facebook and later one of his hacker friends also joined the social networking giants. One of the biggest achievements for Putnam, apart from getting hired as an engineer without a professional’s degree, is developing Facebook’s video applications.

He is said to have created the first iPhone worm called “ikee” that spreads into the jailbroken iPhones automatically sending a photo of the 80’s singer Rick Astley as wallpaper. The 21 year old Wollongong TAFE student made headlines when the virus, a self replicating computer program got into the jailbroken phones’ systems displaying the message “ikee is never going to give you up.” The virus runs on UNIX software that remotely connects to the phones via the internet. 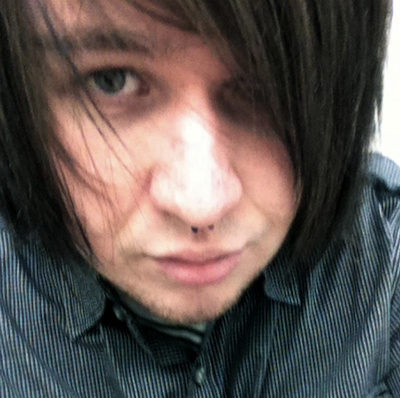 Towns said he created the virus only to warn the users of the jailbroken iPhones about how vulnerable their phones are. Well if exposing the flaw was his only intention it paid off pretty well. Ashley Towns was landed with a job offered by the Australian company that develops legit iPhone apps, Mogeneratio.