Top 10 Largest Funerals in the World

Some people touch us in an amazing way. When they pass away their funeral becomes a public affair where people who have often only seen them on TV perform a public outpouring of emotion. I may be lucky to have two or three people attend my funeral. S

ome people have had a few more though. Occasionally around the world there are people whose funeral brings millions of people onto the street to mourn. Here are the biggest ones. 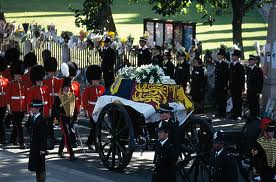 Princess Diana was known as the Princess of the People. The world was shocked by her sudden death and in the UK she turned overnight from an oft ridiculed Princess, into a national heroine. The funeral of Diana was held in London on September 6th 1997. The procession drew an estimated three million mourners, who lined the streets of London to pay homage to their Princess. 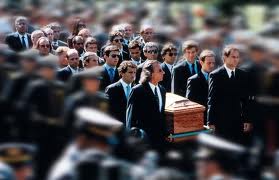 Ayrton Senna was a racing driver who is regarded as the greatest by many of his peers. He was much more than that as his death showed. Senna’s death was considered a national tragedy by his many Brazilian fans. In fact, after his death the country had three official days of mourning. It is estimated 3,000,000 people crowded onto the roads of Sao Paulo to pay their respects. He was a true hero to the people of Brazil. 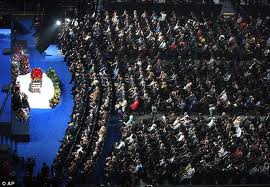 We have had a Princess and a sports star. Another category of people idolized in the modern world is pop stars. None have ever been bigger than Michael Jackson. His funeral was private and attended by the family. However, the service was broadcast live around the world. The roads in LA were closed as his body travelled to the Staples Center to be laid to rest. Nearly a million fans congregated outside the center to pay their respects. 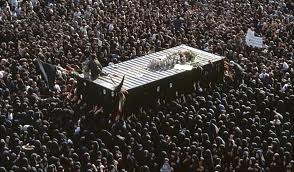 Indian people can be among the most fanatic in the world. In 1969, it is estimated that between 10-15 million people came onto the streets to watch the funeral of C. N. Annadurai – a similar amount to which live in greater New York. I can believe the only time it may be beaten is when cricket legend Sachin Tendaulker dies. This leader and revolutionary is more commonly known as Anna (which means elder brother in the Tamil language). 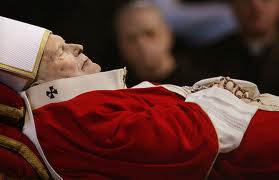 Religious followers are very devout. The pope is considered the manifestation of God on earth and so their passing away is considered cause for pilgrimage. Between 2-4 million people are estimated to have attended Pope John Paul II’s funeral in Rome on April 7th 2005. That is more people than you will usually find cars on the roads of Italy’s capital city. It was a great showing of the power that religion still shows in the world nowadays. 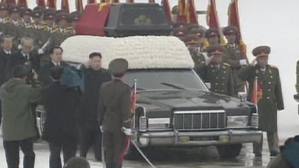 Sometimes you have no choice but to attend a funeral. In the winter of 2011, aged 69, North Korean dictator Kim Jong Il died of a heart attack. He was given a three hour funeral procession led by a limousine bearing a massive painting of Kim Jong Il beaming away. Millions of North Koreans crowded onto the streets to mourn. His coffin was covered in a red flag and beautiful white flowers – as it passed by soldiers struggled to keep mourners from pouring out onto the road. Or perhaps they were in fact poking them to make them cry for the cameras. 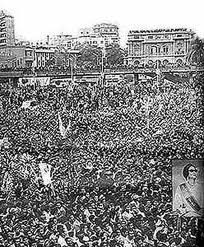 A true idol of the Arab world passed away on February 5th 1975. A crowd reported to be in excess of 4 million people came out to watch the funeral procession of Egyptian singer Umm Kulthum in Cairo. She was an Egyptian songwriter, singer and actress who had touched hearts. In fact, more than 30 years after her death, many still regard her as the most elegant and famous of Egyptian singers in the 20th century. Her memory still holds a large place in most Egyptian people’s hearts. 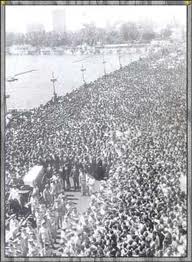 The Egyptians certainly like to celebrate a death it can be said. The crowd which came to Cairo for the funeral of Egyptian President Nasser on October 1st 1970 was also estimated at an amazing 4 million people. President Nasser had led the Egyptian Revolution of 1952, removing the reigning King and bringing about a new era of industrialization in Egypt. As leader of this revolution, he was a hero to many in Egypt and they turned out in force to mourn his death. 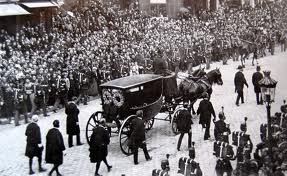 Perhaps the most beautiful example of a

big funeral belongs to that of Victor Hugo. Not a celebrity as we know in the modern world, he did however touch many people’s hearts with the beautiful words that he wrote. Between 2 and 3 million people gathered to attend the funeral of Victor Hugo in Paris. Victor Hugo was a poet, author and more – he was a celebrity of the 19th century. A multi talented man, his best known works are the novels Notre-Dame de Paris (The Hunchback of Notre Dame) and the now long lasting musical, Les Miserables. 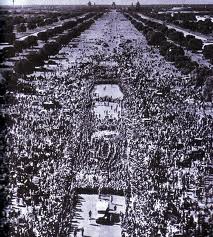 Many people remember him as the “Great Soul”. In January 1948, another multi million person funeral was held when over 2 million people gathered to attend the funeral of Gandhi. We know Gandhi as the leading political and spiritual leader of his time and he was also thought of as India’s Father of Independence. His passion was what inspired movements for freedom and civil rights across the world and has made him an unforgettable historical figure.

Princesses, sports stars, pop stars, political stars, poets, revolutionists, dictators. Anyone can get a big funeral. All you need to do is make a country fall in love with you. Failing that, just make sure that those around you have reason to love you and you can be sure that you will have your own special sending away. The only thing you leave behind is the impact you make. While you are living decide what you would like people to say about you at your funeral and live it.