What makes them so great when some of them don’t even have the exact experience or technical know-how? Still people like Katharine Graham, Steve Jobs and many more are still there, simply going with their insti

ncts and standing strong. Some declared themselves as “scared stiff” while making a crucial decision, while some were told that “they can never be a leader”. Still, fighting against all odds they all left a legacy unmatched. A CEO can either play at the already set stage or could create his own stage where other can play.

In 1949, David Packard went to a business leaders meeting, where everyone had only one topic to discuss “how to squeeze more profit from companies”. Unable to control himself, 37 year old Packard found himself saying “A company has a greater responsibility than making money for its stockholders. We have a responsibility to our employees to recognize their dignity as human beings.” Here was the first time he practically preached his belief that those who lend a hand in creating wealth have an ethical right to share that wealth. 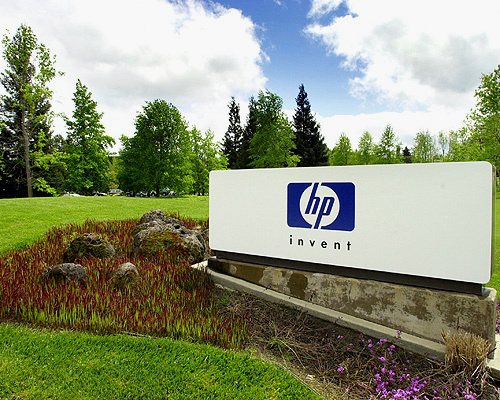 However no one in the meeting shared Packard’s ideas. “I was surprised and shocked that not a single person at that meeting agreed with me,” Packard reflected later. “It was quite evident they firmly believed I was not one of them, and obviously not qualified to run an important enterprise.”

David Packard was never amongst the bosses who dwelt in their mahogany paneled offices, instead he preferred to sit down and work with his engineers. His method was radical for all times, sharing equity and profits with all employees at Hewlett Packard. Although being Silicon Valley’s first self-made billionaires, David Packard still preferred to live in the small understated house that he and his wife built in 1957 – donating HP to Stanford University.

The chief of Washington Post Company, Katharine Graham landed with the company burden when her husband committed suicide. The company belonging to Katharine’s father was put into her husband’s hand until their children could take care of it, but Graham rose to the challenge and assumed stewardship. 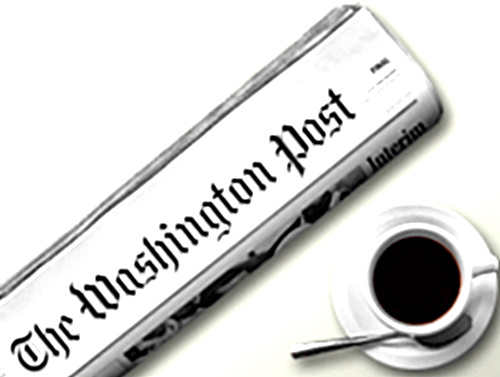 However, she rose more than her title and brought the Washington Post on the same level as the New York Times. In 1971, she got hands on the leaked Pentagon Papers, a Defense Department study that revealed the government deceptions about the Vietnam War. The crucial decision was made; the Washington Post published the papers. What followed was a long case ensued by the Nixon White House threatening the Washington Post chief. But Katharne Graham proved to be the most courageous CEO on the list.

Many called him insane, and who wouldn’t? The man who blasted a hole in his basement just to place the machine that failed market tests to make little sticky tabs. William McKnight was a man who gave hatchling ideas and freedom to grow, yet always insisted his employees to stand on their own. McKnight fused two ideas to create something entirely new – the 3M, a company that turned innovation into a systematic recurring process. 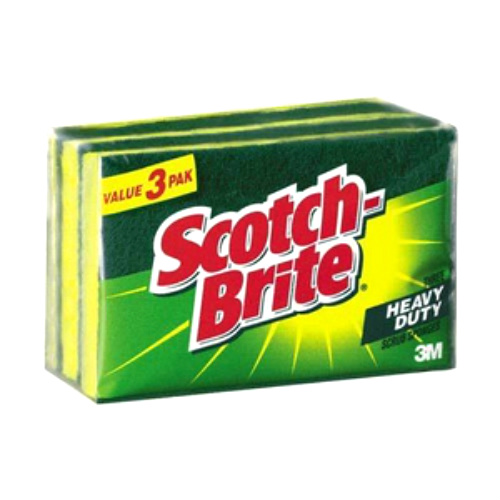 William McKnight was a genius by design and the proof of his brilliant mind was how he turned the failed sticky tabs machine to have a group of addicted users to whom he distributed free samples. He created a company that brought innovation with discipline, giving everyone freedom to bring innovation but keeping controls in his hand, thus preventing chaos. 3M is now spread worldwide, and those of you who don’t know it look around your house you may just find at least one product of the company in your house.

The company was falling when he arrived. Not a great time to join the company, but that’s not how David Maxwell saw it. Despite the fact that Fannie Mae was losing $1 million daily, Maxwell thought it was a great opportunity to turn it in to a great company. 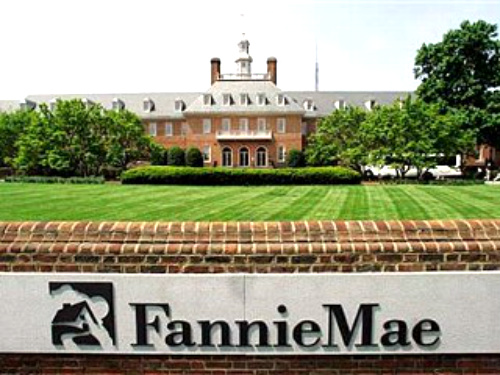 Maxwell took a broken glass and fixed it so well that no one can even find the cracks. He sold off classic fireman stuff for $10 billion in unprofitable mortgages. But his greatest achievement was to strengthen America’s public foundation by democratizing home ownership. Fannie Mae did its job perfectly, letting people who were conventionally excluded from owning homes to easily claim their part of the American dream.

His might be the most courageous action faced by any CEO. James Burke acted before crisis hit that could have brought the end of Johnson & Johnson Co. Although he is known for the growth of the company under his leadership, Burke is better known for the case the company faced for cyanide poisoning in its Tylenol capsules. The news came out when unknown suspect/s put 65 milligrams of deadly cyanide into Tylenol capsules, 10,000 more than what is necessary to kill a human. Since there was no use of protective seal, Burke took the decision to pull Tylenol capsules off the shelves. By the time the popular aspirin was taken off the shelves, seven people had died in Chicago. 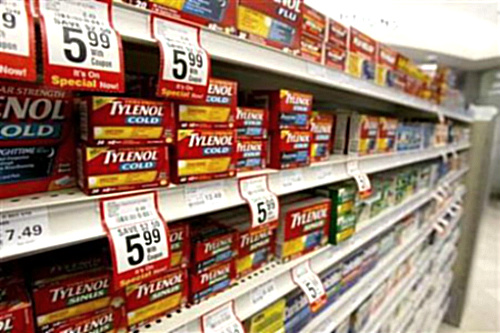 James Burke’s defining moment came when he pulled 20 key executives into a room and pointed his finger on the J&J credo. Written 36 years earlier by R.W. Johnson Jr., it read the company’s motto “We hold these truths to be self-evident”, among them a higher duty to “mothers and all others who use our products.” Burke worried that executives had come to view the credo as an artifact that is interesting but is hardly relevant to the daily challenges.

He said, “Here’s the credo. If we’re not going to live by it, let’s tear it off the wall. We either ought to commit to it or get rid of it.” The executives were stunned, and the recommitment was made.

Even in the perfect world nothing is perfect and that is the story of the Silicon Valley entrepreneur and CEO of Apple Inc., Steve Jobs. The visionary who revolutionized the personal computer, creating a new era, Steve Jobs did not have a professional degree yet he had the mind of a leader. Jobs break came when he brought John Sculley from Pepsi Cola to serve as Apple’s CEO, only to have Sculley conspire against him and have Jobs removed from the company. However, Jobs admitted that being fired from Apple Inc. was the best thing that ever happened to him. 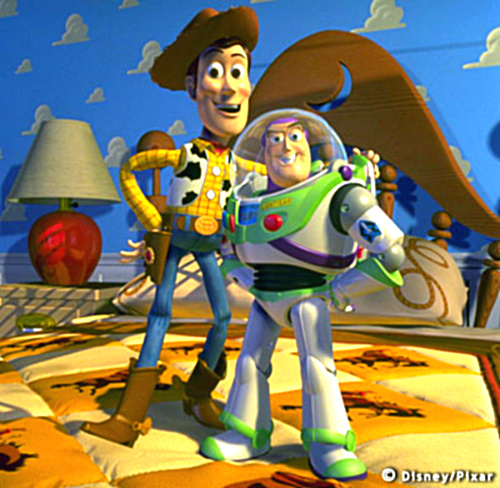 After leaving the fruit company, Steve Jobs founded the NeXT Computer and bought the Graphics Group, which was later renamed as Pixar. The NeXT Computer was acquired by Apple in 1197 and Jobs sold Pixar to Disney, making him the single largest shareholder with approximately seven percent of the company’s shares. He returned to his former position as the CEO to Apple Inc. in 1996, and his innovation is what got the company to create the products of iPod, Mac, iPhone and the iPad. While stimulating innovation, Jobs always reminded his employees that creativity is “real artist’s ship”.

He didn’t care about making money or the Wall Street, yet he brought 50 times more profit. In 1978, Dr. William Campbell developed a cure to the disease that struck the third world. The disease caused blindness and itching in humans so horrific that some victims committed suicide. After getting positive results on animals, Campbell urged his employer, Merck & Co. to pursue the idea. Today, the drug Mectizan is distributed largely free of cost to 30 million people yearly. 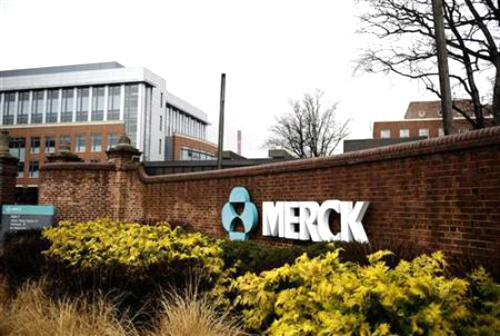 George Merck believed that purpose of a corporation was to do something useful for the people, on the cover of August 1952 Times magazine he declared, “Medicine is for people, not for the profits”. While other CEOs worry about their standing with the Wall Street, Merck neither cared nor ever worked for profit; he served the people, and yet ultimately brought the latter.

He brought everything in one spot; Sam Walton was the owner of Wal-Mart. Growing up during the Great Depression, he became the man who owned the chain of America’s biggest retail store. He brought the idea of Wal-Mart in 1962, when the first Wal-Mart opened in Bentonville, Arkansas. His charismatic personality helped his company grow, with his central message: to make things ever more affordable to people of lesser means. 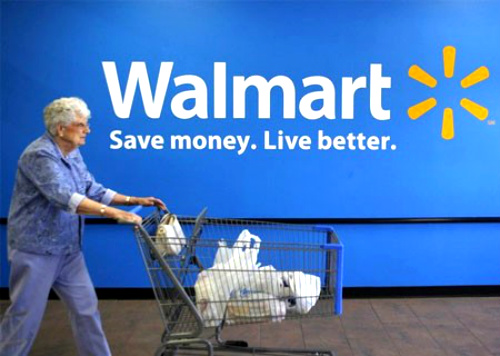 To ensure that his idea would outlast him, Walton set a goal to grow annual sales from less than $30 billion to $125 billion by the year 2000 and for that he chose David Glass. Walton’s intuition about Glass proved right and the company blew right past the $125 billion goal, taking in at $165 billion in 2000.

The company that created jets that helped win the World War 2, yet the victory of the war seemed like the death of the company itself. As orders for bombers stopped overnight, Boeing’s revenues nose-dived. When everyone was thinking of the end of Boeing, one man stood against the odds. Bill Allen never thought of Boeing as a bomber company, but believed that it was a company with engineers who can build amazing flying machines. 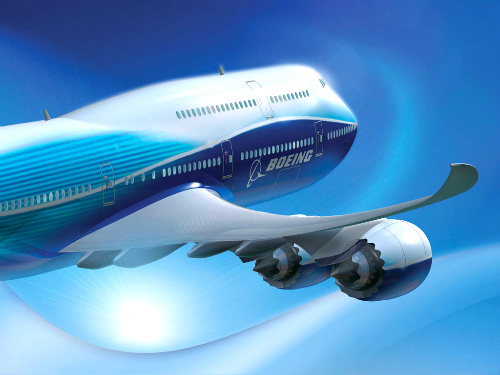 In 1952, Bill Allen faced heavy opposition when he decided the company would work on the commercial jet project, the 707. Under his leadership, Boeing became the strongest commercial jet company building the 707, 727,737 and 747. The four planes turned out to be the most successful risks a company CEO has ever taken. At a board meeting, a director said that if 747 was too big for the market to handle, Boeing could back out. Bill Allen stiffened at the remark and said “If the Boeing Aircraft Co. says we will build this airplane, we will build it even if it takes the resources of the entire company.” Bill Allen beat down all odds and left a legacy to match.

Most people might never have even heard of Charles Coffin ad that symbol of modesty speaks of his greatness. Maybe it’s because Coffin took over a company from its founding entrepreneur, who was none other than inventor Thomas Edison. Although Coffin knew his job was not to be the next Thomas Edison, he still proved to be a master inventor. He created the General Electric Co. 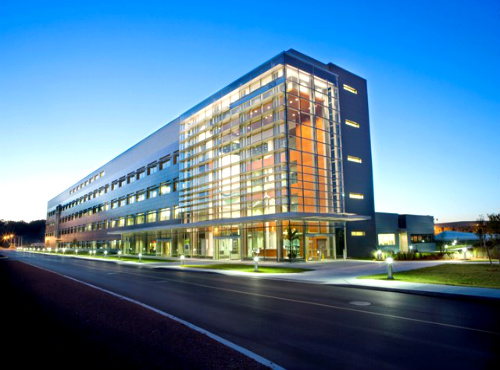 Coffin saw and blended together two significant innovations, giving birth to America’s first research laboratory that worked on his idea of systematic management development. Where Edison was a genius with a thousand helpers, Coffin through his idea had a system of genius that did not depend on him.

Coffin created the GE as we know it today, which ultimately created a succession of giants. Charles Coffin was the man who built the stage on which everyone plays.