10 Best Countries To Go Backpacking On US Dollar

With every day fluctuations in the currency rates, the US dollar might be world’s worst currency to have, especially when you love travelling but the balance in your bank account holds you back from indulging yourself. There are still many places around the world that still remain cheap and thus making them easily accessible. Although we can’t guarantee the security, but the countries listed below are the best places to go backpacking, if you’re travelling on US dollar.

With the currency rate of 48 Rupee to a Dollar, India has always been the cheapest country to travel to against the US Dollar. The country is quite inexpensive for student traveler coming across from the US and Europe, offering small luxuries at a small price. Although, there are not many direct flights from the United States to India, but you get to travel half-way across the globe in less than a $1000, which is actually not so bad considering the distance. 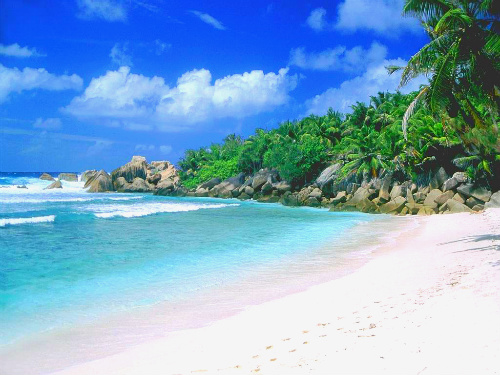 The hill stations of Simla and Tawang are the most scenic spots the country offers, yet there is also the coastline of Goa, with its sandy beaches with clear water. However, there are many expensive, luxurious hotels and other places that can take you over the budget. One might just be spending a bit more than planned in the recession hit country.

The rising rate of the Euro against the dollar has got many of us to drop the idea of backpacking around Europe. However, backpacking across Europe is not what it used to be, but this also has a plus side. Now backpackers can explore Europe further in towards the East and not just roaming about London, Barcelona, Paris, Berlin, Amsterdam, and Rome – sounds familiar, doesn’t it? The best places for budget travelers are the beautiful yet quiet countries of the Eastern Europe – Slovenia, Bulgaria, Croatia, Serbia, Romania, Hungary and Czech Republic. 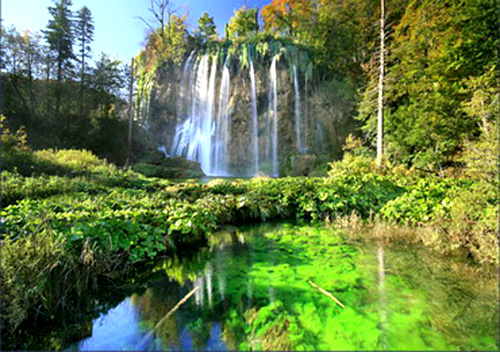 You can expect to be paying around $50-60 a day, if you’re planning to spend a good time in Eastern Europe. Budapest, Bucharest, Prague and Sofia are rich in culture and have an interesting Gothic history, which attracts many people the place. However culture and history are not the only things the Eastern Europe is all about, you might want to travel to Slovenia that is one of the most beautiful countries across Eastern Europe with Lake Bled as its top tourist attraction. You can even take a tour of the city of Zadar in Croatia, with its mystifying waterfront – the Riva.

The country with its absolute diversity and changing climate is the favorite destination spot of all classes of people. Costa Rica is probably the most expensive South American country on the map yet its prices are still very affordable as one dollar now get 500 Colons. Another added bonus is that people travelling from the US get a very affordable ticket and you’ll probably need $40 per day if you’re living on a tight budget, otherwise a budget of $60 a day can make your stay quite comfortable. 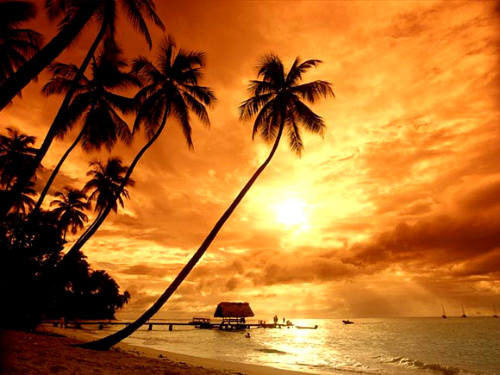 Costa Rica can be a perfect holiday spot for thrill seekers, families and even honeymooners. The country has the most variant and vibrant lifestyle, offering to show more than expected. These destinations include the numerous volcanic formations, 300 beaches across its Pacific and Caribbean coastline, and tropical rainforests that are titled as “the jewel of the Earth”.

While Africa is full of nature and wildlife, yet its attraction for backpackers and budget travelers is Malawi, located in the southeast of Africa and bordered by Zambia, Tanzania and Mozambique. Malawi’s central attraction is its beautiful freshwater lake, the Lake Malawi. However, Lake Malawi isn’t the only tourist attraction of the country. 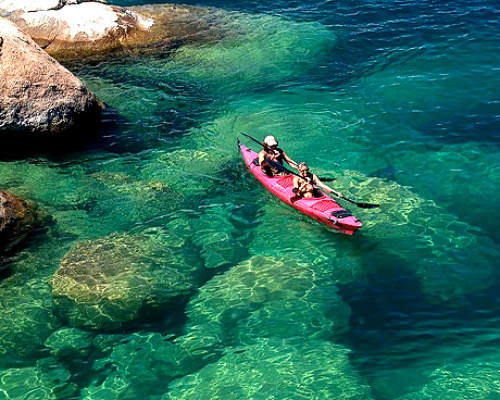 Malawi like most African countries has the most beautiful and diverse landscape, rich in flora and fauna. The highest peaks in Malawi are over 10,000ft while the lowest point is hardly above sea level. Malawi is a lush green country with plateaus, plains, highlands, dramatic river valleys and wildlife that makes up its nine national parks. There are many tour operators from Europe and North America that run in Malawi, making it easier and accessible for visitors from different countries to visit this beautiful country.

The football crazy nation is another country whose currency has lost a count to the dollar. The land with a rich history, natural attractions and excellent food, Argentina is an amazing place to go backpacking. Well even if you don’t get to travel much, there is always their excellent wine and steak to make sure that you never stay hungry. Argentina’s capital, Buenos Aires is considered one of liveliest cities in the world. The best part about travelling to Argentina is that you don’t

need to be carrying a translation book for most people can speak English fluently.

So if you’re looking for the time of your life and a little thrill, Argentina is the best of all the South American countries to travel to and it’s very economical too. Budget travelers and students can get around a day for less than $40.

If you’re looking for wildlife and adventure, then Zanzibar is the best option for you. The African country lies off the coast of Tanzania. Although there is a political rift between the two countries as Tanzania contests the independence of Zanzibar, there is definitely no security scare for travelers travelling to the country. 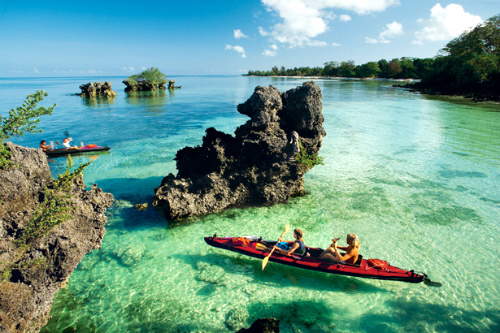 Zanzibar is rich in wildlife, which is home to the world’s most unique and some possibly extinct creatures. The adventure lies at the hunt to look for the Zanzibar leopard, which remains so well concealed that people think it is extinct. And if the tourists get bored of the wild goose chase, there is always the Stone Town, which is a world heritage site built of winding streets and incredible stone architecture that has remained unchanged for over 200 years.

Wow! This is one place you can almost live like the rich and famous at only $26, who’d have thought that the founding member country of the United Nations, NATO and the European Union could be so economical. Still Luxembourg is not as rich as its history is, making backpacking across the country more affordable than its neighbors, Germany, France and Belgium. 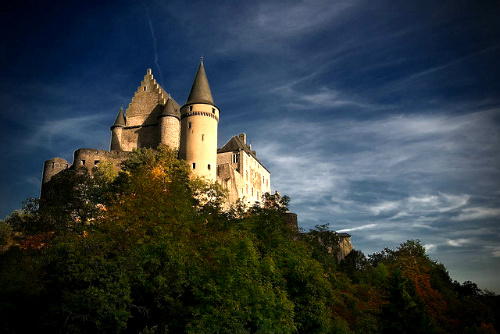 Luxembourg is a cultural and religious mix, with people settled from different parts of the world in this small country. The country has its attractions in its fairytale-like medieval castles, dense forests, rolling hills and a vibrant city life that found only in the capital, the Luxembourg City.

We probably owe it all to this European country for the falling Euro rates; Greece has amazingly become cheaper than ever before. Always the most economic European country, Greece with its wonderful beaches and islands is more affordable, costing only 3 Euros a day making the price only a fraction of what you can get in other European countries. 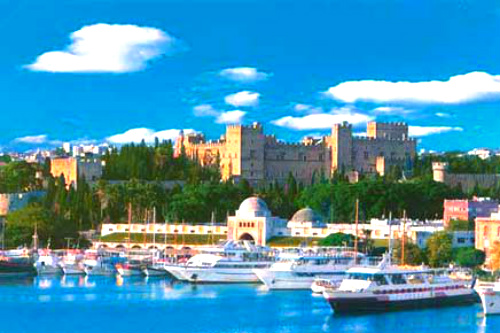 We all know the mythical magic of Greece and how it has managed to captivate tourist from across the world to visit the land of mythical creatures and gods. The Greek islands have gotten more into our reach, making Greece the most under rated budget destination in Europe.

With each passing year, Vietnam is improving on the tourism scale. This year at number 10 at our list, Vietnam has become one of the most desirable tourist attractions for people who want to keep travelling light on their wallets. The country is not very much developed and that is what makes it more interesting. Backpacking around Vietnam is cheap and a friendly experience. You can get a habitable guest house, local food, transportation all in just $8 a day. 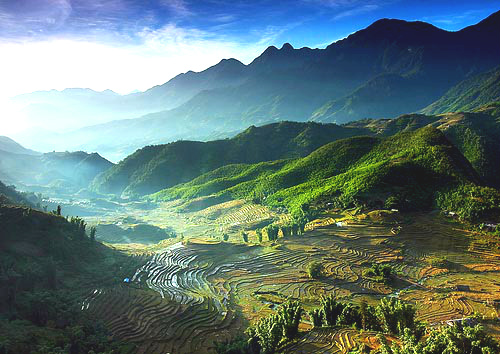 The S shaped land of Vietnam has its biggest attraction in the form of its coastline. The country is rich in its culture and the people friendly. The natural beauty of Vietnam has no comparison, from the white sandy beaches of Nha Trang, the Cu Chi Tunnels, Mekong River Delta and the Sapa Terraces. If that is not all, one is bound to visit the Phu Quoc Island whose beaches have been chosen as the most beautiful and clean beaches across the world, by the ABC News.

A country which is cheap beyond your imagination, you can book a room in Cambodia that cost as little as $2 a night. The best part about travelling to Cambodia is that you don’t need to go running to get your currency exchanged as you can pay directly in dollars too. 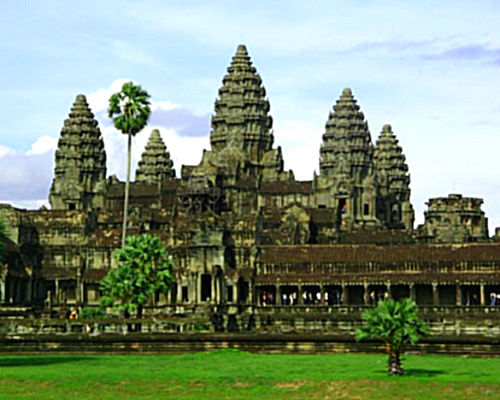 With all the security scare of the early 2000, Cambodia has now become a pretty safe place to travel and the local people are always willing to help, making the country people the most friendly nation travelers can come across. One thing about travelling to Cambodia is that mostly tourists don’t visit the country with any expectation but can’t help smiling on their way back. The must visit place in Cambodia is the Angkor Wat, which is the most amazing historical site in the world.