The indelible mark which the game of baseball has left on the psyche of the Americans is indeed a symbol of the nation’s unity. Hailed as the national pastime, no other sport has confronted the problems of segregation, race and color more publicly than the professional baseball. These days the baseball game has become a commercial enterprise of league organizers and team executives. As a result of the growing fame of the game all around the world, these organizers are now looking for more and more opportunities for expanding the scope of the game to new consumers. Baseball is indeed one of the toughest games as it requires agility, muscular strength, readiness of the hand and body and most importantly a man of nerve. Through the course of history, this game has produced a number of great players who were gifted with all the above mentioned qualities. No matter what the present generation thinks about them, there is no doubt in saying that the present players cannot match the players who had played in the past century. The focus of this top ten ranking would be to remind the world about the top ten best baseball players of all time.

Known all around the world by the nickname of “The Flying Dutchman” at number 10 we have Honus Wagner. The features which made him the best of his time was his speed and temperament which he displayed during the game. He had also won a total of eight battling titles and there are still many analysts who still regard him as the best all-rounder in the history of the game. In his career he had scored nearly 101 home runs and 252 triples which is indeed a great achievement in itself. 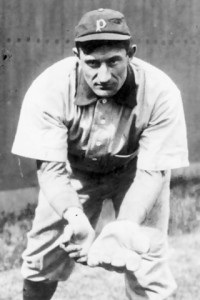 Being the first of the black Major League Baseball players and unquestionably the most talented player of his time, Jackie Robinson is on our number 9th spot. He had made his MLB debut in the year 1947 and had continued in the game for nearly 10 years. In his career he had scored 137 home runs with a batting average of .311. He was successful not only in the baseball game, but had also achieved numerous honors and positions outside the game which is one of the main reasons behind him being awarded the Congressional Medal and The Presidential Medal. He was indeed the first baseball player in the game who had shattered the color barrier. 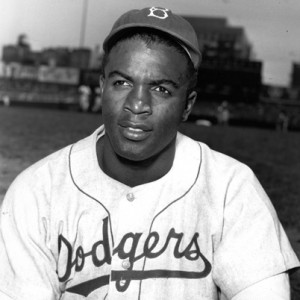 With a total of 762 home runs and 2,935 hits, Barry Bonds has qualified for our number 8th spot. He had made his MLB debut in the year 1986 and had remained in the game till the year 2007. He was one of those baseball players who had the talent and skills waxed in their blood, as he was the son of the top class MLB player Bobby Bonds. It is due to his everlasting accomplishments in the game due to which he has been regarded as one of the greatest players of all time. In his career bond had played for a number of alpha class teams. 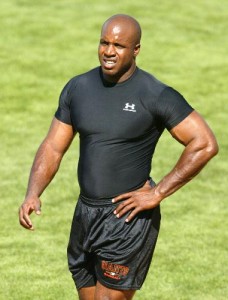 At number 7 we have the phenomenal American baseball player, Lou Gehrig. He had made his MLB debut in the year 1923 and had remained in action for nearly 16 years. With a total of 493 home runs and a batting average of .340, he is considered by many to be the most promising player in the game of baseball. In the year 1939 he was honored of being selected for the baseball hall of fame. It was due to his powerful hits and durability that he was nicknamed as “The Iron Horse”. In the year 1927 he had also won the “Most Valuable Player” award. 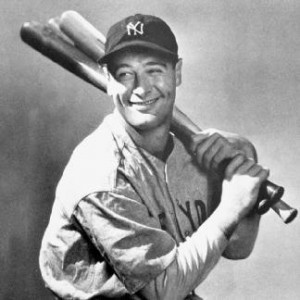 At number 6 we have the two time winner of the MVP award, Ted Williams. With a batting average of .344 and with a total of 521 home runs, he is still remembered by the nick names like “The Kid”, “The Thumper” and many others. It was because of his powerful hitting prowess that he is considered to be the best baseball hitter who had ever lived. He also holds the title of being the only player among the 500 or more runs scorers, to have the highest and most consistent batting average. In his matches he used to play with a very light bat because it gave an easy swing. 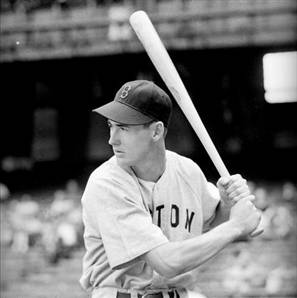 At number 5 we have the player who was the most feared hitter in the year 2008. He is considered among the A class players in the domain of MLB games. With a total of 473 home runs and with a b

atting average of .326, Albert Pujols is one of the most gifted baseball players of these times. He had made his debut in the year 2001 for the St. Louis Cardinals and is now playing for the Los Angeles Angels of Anahiem. ESPN.com had also ranked him as the best player of the decade. Albert has also been selected nine times for the All-Star. His main quality is the type of strategy he employs in making fast and unexpected runs. Let us now wait and see that what kind of performances we will come to see from Albert this year. 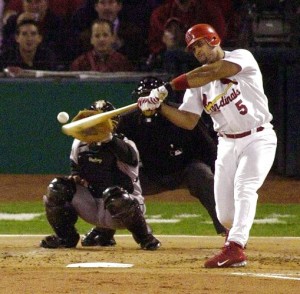 At number 4 we have “The Say Hey Kid” known all around the world as “Willie Mays”. In the year 1979 he had been selected for the baseball hall of fame for his matchless scoring and hitting. With a total of 660 home runs and with a batting average of .302, Willie is no doubt the highest ranked player who is still alive. Willie was also selected for the MLB team of the century which is indeed a big honor for him. There are many baseball analysts and top historians who still agree that Willie Mays was the best all-round player in the domain of MLB games. The worth of Willie Mays can be understood from the following words by Ted Williams “The All Star game was invented for Willie Mays”. 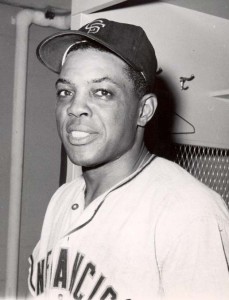 For our number 3 spot we have “The Georgia Peach” Tyrus Raymond Cobb. With a batting average of .366 and on-base percentage of .433, Cobb had had set 90 MLB game records. He had made his debut in the year 1905 and had played for nearly 23 years. There is no other MLB player still who can dare to break his career batting average record of .366 or .377. The world had witnessed his gameplay for nearly 23 years which is the best example of temperament, commitment and endurance. He was also included in the MLB team of the century and has also been nominated for the baseball hall of fame. Still there are many of his fans who believe that he was much better than Babe Ruth in the game. It can be said that for Cobb it was not about just making home runs. 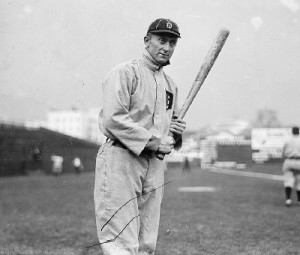 At number 2 we have the powerful “Hammer”, Hank Aaron. Hank had played for more than 20 years since the time of his debut in the year 1954. With a total of 755 home runs and with a batting average of .305, Hank had won three gold glove titles. He had also won MVP award for the year 1957 and had always made for the All-star during the 22 years of his character. He is also one of those players who have the most number of career hits (3,771) and with a total of 2,297 runs. Hank is one of those players who had never faced any downfall in their gameplay and had always remained the Main Eye player of America. It can be said with great confidence that Hank is the most consistent high scoring player of the century. No matter what we say, we can never come to define the gameplay and strategies of Hank Aaron. There are a number of his fans who regard as one of the Braves of all times. In simple words, this top ten ranking would never be enough to classify Hank Aaron. 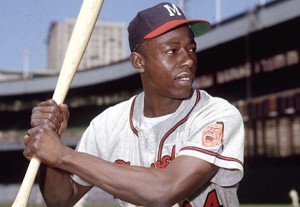 At number 1 we have “The Bambino” and “The Sultan of Swat”, George Herman Ruth famously known by the name of Babe Ruth. He had made his MLB debut in the year 1914 and had remained the star of the game for nearly 21 years. He had a batting average of .342 and had scored nearly 714 home runs. Based on the results of numerous surveys and polls that were carried out all over America, Babe Ruth was ranked as the best baseball player of all times. He was one those power hitters who were prone to hit a home run on every pitch. It was because of his batting skills that the Yankees had won nearly four World Series championships. In the year 1927 he became the only player to have scored nearly 60 home runs in only one season. In terms of the slugging percentage, number of career hits, home runs, running average, speed and hitting power, Babe Ruth is indeed matchless. In the year 1999 a poll was carried by ESPN, Babe Ruth was ranked as the 3rd most influential and greatest U.S athlete of all times. He had also tied with great boxer Muhammad Ali as the most powerful and recognized athlete of the United States of America in the year 1993. It can be said with great efficacy that no baseball player can imagine to break the on pitch and off pitch records that have been set by Babe Ruth. 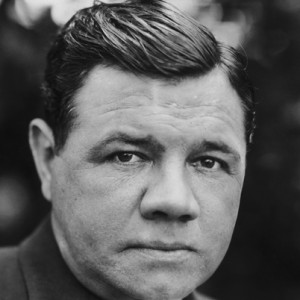