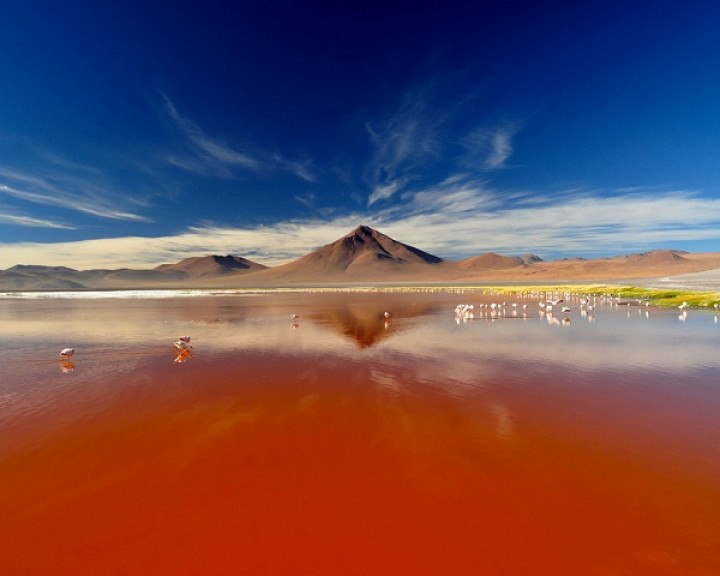 The Most Bizarre Lakes Known to Man

Lakes are landlocked bodies containing water and a number of other things. It has been reported that numerous strange and bizarre phenomena events have been recorded in different lakes around the world. It is also due to these strange and unexplained chemical reactions that weird creatures and bizarre animals are born. Some of the lakes are sites which were at the center of catastrophic phenomena while others have been hiding ancient secrets for a long time now.

Here are the 5 most bizarre lakes known to mankind.

Located in Dominica, this lake has attracted a large number of researchers from all over the world. It has been called the 2nd largest and most dangerous boiling spring on planet earth. One recent report has estimated that the temperature along the edges of this lake is around 180 to 200 degrees F. Now just imagine the amount of temperature at the center. Researchers believe that they have not been able to get too close to the center due to the high levels of temperature. Whenever you might see the lake, it will be always be covered with strange clouds of vapor. There are some stories that are linked to this lake. It is also believed that a number of people have also been killed by falling in the lake. However, the authenticity of such stories can be questioned. One main story is that beneath the lake lies the doorway leading to hell. 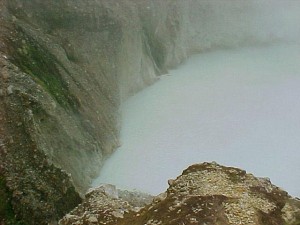 The main attraction of this lake is its color. It is said that the water inside the lake has been mixed with blood. The entire lake is marked for the presence of a number of dotted white islands and regions. Most of these islands are made up of borax and some other chemicals. It has been reported that the color of the lake comes from the presence of red algae and other related living organisms that reside inside the lake. In order to add some more interest into the lake, some people have generated their own stories about the mass murders and killings that have occurred inside the lakes. However, it is not possible as the color of the lake has been confirmed to be caused by the red algae and not actual human blood. 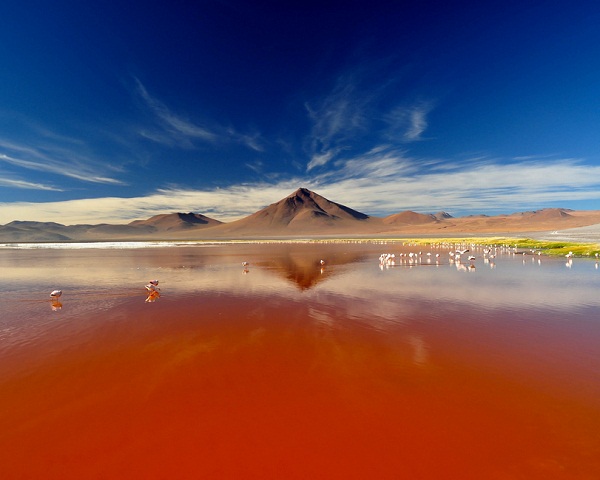 These lakes are some of the most beautiful lakes in the world. The National Park that contains these lakes is known to be one of the most beautiful sites in the world. Located in Croatia, these lakes have attracted thousands and thousands of travelers and tourists from all corners of the world. The total number of lakes are 16, all of which have been connected with one another through waterfalls, caves and other means. That’s not all, as each of these flowing lakes fall into thin and small natural dams. These dams are believed to be growing by a size of 1 cm on a yearly basis. You can’t imagine the fun and excitement you will be able to feel while standing at the spot where the lakes can be seen. 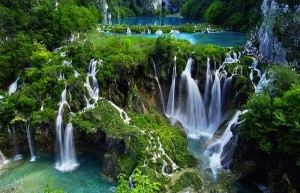 One interesting thing to note is that this lake actually explodes from time to time. A number of scientific studies and researches have suggested that it is the one of the three exploding lakes ever known to man. It was reported that in 1986 the lake had blown up itself releasing a massive cloud of carbon dioxide into the air as the result of which more than 5000 people were suffocated. It is by far the largest event of asphyxiation caused by a natural phenomenon. It has been estimated that the event might come to repeat itself at any time due to which no one is allowed to live near the lake. The Nyos Lake is indeed the most susceptible of the 3 because of weak surroundings. It is more susceptible and prone to cracking in comparison to all other exploding lakes in the world. 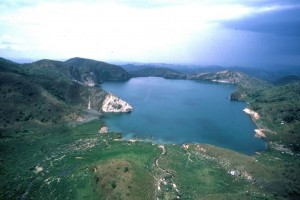 It was once the largest lake in the world but now nothing is left. It resembles an arid desert filled with a number of ghost ships. It is an open testament to the fact that this was lake had the capacity to encompass a number of large ships and vessels. The reason for which the lake has ended is because of the irrigation projects that were initiated by the Soviet Union in the 1960s. The rivers that fed these lake were diverted to other locations, thus leading to the death of this amazing lake. It has been estimated the lake is now only 10 % in comparison to its actual size. The fishing industry of this area has been devastated due to the ending of this lake which is indeed the worst environmental disaster in many decades. 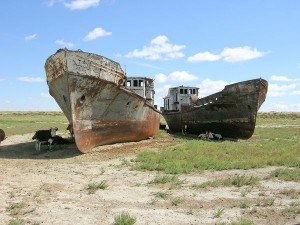