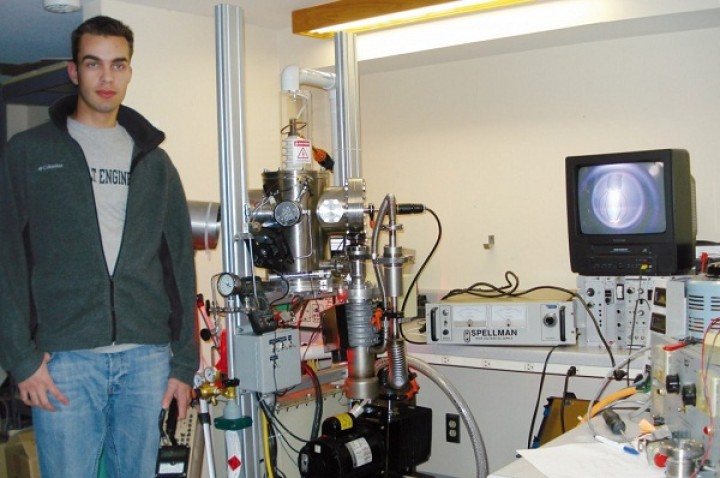 The 5 Most Amazing Science Fair Projects You Should Know About

There is no doubt in believing that America has always the led the world in terms of science and technology. In fact, many around the world accept it as the intellectual and technological capital of the world. The Americas were the first to land on the moon, they were the first to introduce an objective educational system, they were the first in making an atomic bomb and it should not surprise any of you, they are still ahead of everyone else in everything else. Patriotism with your own country is a good thing but acknowledging the facts is also imperative. This post is dedicated to those young minds that have made some amazing scientific projects. Most of these projects are so amazing that most of us will classify them as being weird. It should be noted that these projects are supported from the side by the government which is an indication that the country values talent. No matter how weird some of these replicas and inventions might appear or sound, they are really astonishing. Here are the 5 most amazing science fair projects you do not know about.

Most of us ignore the costs of ink which the government spends on a yearly basis. It is for sure that using different fonts costs businesses all over the world millions of dollars on a yearly basis. However, there is a person who has put forth an idea that will result in saving millions. He is a young student from Pennsylvania who provided an innovative idea. He made use of different fonts including the Garamond font on different papers. He then compared the weights of each paper in order to determine the costs spent on inks. He then forwarded these recommendations to the government and informed them about the great amount of money they will be able to save simply by changing the fonts on their prints. His estimates are that the US Government will be able to save over a 100 million dollars by simply changing their preferred font for all of their official documents. It is indeed a simple but useful discovery.

Discussing large scale and higher levels of nuclear fusion technology might be a bit early, but this student has forced the world to think in the opposite direction. This teen has managed to make his own nuclear fusion reactor. He did it not inside some billion dollar facility but inside his garage. He dedicated a whole year of his life in building this reactor which is marked for a number of benefits. It should be noted that this device creates energy through the use of fusing atoms but it is safe in terms of radiation. In fact, a number of scientists have reviewed the device and called it a great invention. Although the amount of energy generated is too small but still it has given the world hope that we will be able to create clean and renewable energy. Just imagine the benefits the world will be able to enjoy if some large scale invention is made based on the same concept that has been employed by Thiago Olsen, the teenager who invented this device. 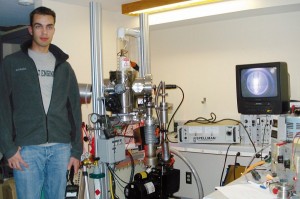 The inventor behind this project is not a new name in the world of science. Just at 15 years old Anand Srinivasan has done something amazing all over again. He had been winning science fairs for a long time now but this time he took his efforts to the next level. He has been successful in creating a one of a kind prosthetic arm that can be controlled through our thoughts alone. He opted for a number of online courses in order to be able to take this project and his ideas towards completion. The robotic arm he has built is able to function on the basis of electrical signals from the brain. That’s not all, as he has also determined the type of signals which are required for controlling hand movements using the EEG machine. Although he hasn’t been able to give utmost perfection to the use of this technology but still has opened the gates for many other related and more perfectionist inventions to follow. 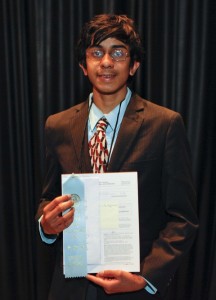 Going to space is still a big deal for many countries in the world. In fact there are some nuclear powered countries that have not been able to see space on their own machines. Sending space missions indeed costs millions of dollars. However, there is a group of students who have proved that all it takes to send something into space is not millions but only a latex balloon. The students attached a camera, an electronic sensor and some other things to this balloon and send it into space. They weren’t expecting such astonishing results when they realized that the balloon had actually traveled 100,000 miles into the space. However, it did lose its inflation and fell back to the ground, but it has now been proved that going into space is not such a big deal after all. 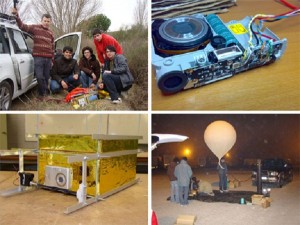 It should be noted that not all inventions make our lives easier but there are still some that actually do. One such invention has been made by David Liu, a teenager, has ensured that online search can become easier and comforting than you can imagine. He had developed a program using large amounts of images that can be classified and categorized in order to determine the image of interest. This program has been designed to search through hundreds of thousands of images and trace out the image of interest. It is surely an invention that most online users are going to love. 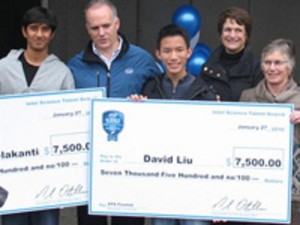 There is no end to the inventions that are being made on a daily basis. If you think that there is no room left for some groundbreaking inventions, then it is time for you to rethink about it.