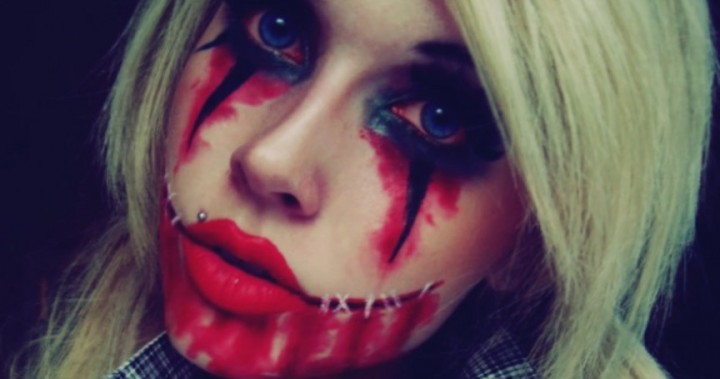 The 6 Most Horrible Crimes that were Committed on Halloween

A large number of people in the USA believe that there is a strong relation between crimes and Halloween. Some even think that it is the time when the evil forces start exploiting the minds and souls of those who are not religious or have lost their faith in the powers of the Almighty. However, most law officials believe that a lot of criminals use Halloween as an excuse for committing the crimes. It is for sure that is one of the most common excuses made include accounts of the devil or Satan.

Here are the 6 most horrible crimes that were committed on Halloween.

6. Aaron Thomas – Serial Rapist
This guy has been famous for carrying out rapes during Halloween. When he was finally caught in the act, it was confirmed that he was the serial rapist who had been assaulting young teens and children since 1997. He is now remembered as the East Coast Rapist. It all had happened for the last time when he had encountered three teenagers who were enjoying the night. He forced them down into a dark and steep ravine where he assaulted all three. One of them was able to send a text to the police authorities who soon arrived at the spot. He was able to flee the crime scene but was soon caught from the evidence he left at the crime scene. He was sentenced to three life terms plus 80 years in Prison. It is for sure that is going to die in the prison, but what if he is not the real one?

5. The Zombie Teen – Partnered with his father to kill a girl
In 2011, it was reported that a teen named Taylor Diest had been killed by a father and his son on Halloween. It had happened when she left her home at around 6 pm dressed in a zombie suit to meet up with some friends. She was also sending texts to a friend. The last text her friend received was that she was being followed. She was never able to reach the destination and was later found beaten brutally to the head. She died in a hospital a few hours later. The whole area was thrown in fear when the authorities had received a letter from someone who claimed to be the killer. The killer had also added that this just the beginning of violence against women. However, through the use of DNA samples, the killer was traced out to be a 26 year old guy named Matthew Foerster. That’s not all, as his father was also charged for aiding in the crime.

4. The Kennedy Murder – JFKs nephews possibly killed a girl
For those who do not know, the night before the day of Halloween is more often referred to as the night of the devil. In 1975, it had reported that a teenage girl with some of her friends had set out to scare people with some stupid pranks. She had stopped at the home of her friends, two teenage brothers, who were famous for their deviant behaviors. That’s not all, as they were the nephews of a close relative of JFK. She was never able to reach home that night. Her body was found under a tree close to her home. The investigation had slowed down for many decades due to lack of evidence at that time. However, in 1998, when the case was made famous through many books and articles, a grand jury found the younger brother guilty. He had later confessed for having killed the girl during the 70s. Michael Skakel had been sentenced for 20 years in Prison. However, it has been reported that a judge in Connecticut has ruled out the attorney of the man had failed to represent him in an adequate manner. For this reason, the story is going on.

3. Lisa French – Young girl murdered in 1973
It was in 1973 when the murder of Lisa French, a 9 year old girl, had shaken the whole town. Her nude body had been found a few days after the day of Halloween when it all had happened. It is said that this incident is the one that had changed the thinking of the town forever. After 9 months, the neighbor of the little girl had confessed for carrying out the rape as well as the murder. Since the incident happened, most of the parents in the region do not let their children go out in the dark. The same holds true for the timings of the trick or treat which are fixed for protecting the residents of the area.

2. Peter Fabiano – Salon Owner gunned down
This guy had lived in 1957. He was known in his locality as a Salon Owner. He had been gunned down at the hands of a former lover of his wife. The story was that his wife had been dating another woman named, Joan. However, the husband and wife had decided to reconcile back together on the conditions that the wife was never to keep contact with Joan again. Joan had been arrested but was released later due to lack of evidence. However, things changed when the captured killer started speaking. She told the authorities that Joan was the woman who had forced her into killing Peter.

1. Steven Avery – Another Halloween murder
Another murder that had occurred on Halloween is that of Teresa Halbach. It was reported that she was not a victim of the night but a part of a random spree of violence at the hands of a criminal named, Steven Avery. The girl had been in contact with Avery who was the owner of an Auto Salvage. She had been there many a times but then she suddenly disappeared. In light of the available evidence, the man and his nephew were charged for homicide. Both of them were charged with 1st degree murder, sexual assault as well as for the mutilation of a corpse and were sentenced for their whole lives in prison without the possibility of having a parole.