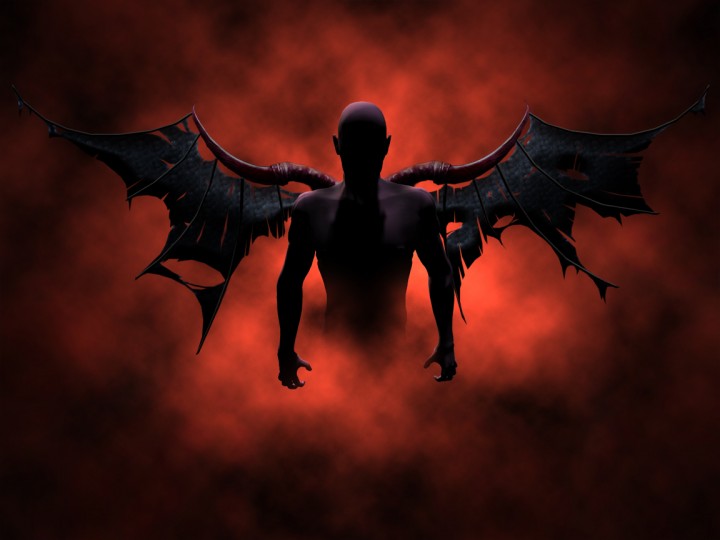 The 5 Most Bizarre Things Done in the Name of Satan

Satan is a force that is undeniable. Whether you are religious or not, there is sufficient evidence to confirm the presence of this evil and powerful being. It can be said that people more often make use of this name as an excuse for their crimes. A large number of insanity pleas have been done in the name of evil or in the name of Satan. If you are unaware about these crimes, it is best that you continue reading this post.

Here are the 5 most bizarre and appalling things done in the name of Satan.

It was reported in 2008 that a 16 year old kid had killed his parents in the name of Satan. The account offered by the kid that the following numbers had appeared on the screen of his cellphone “5455”. It should be noted that these numbers stand for the word “Kill”. It all happened in the month of March, 2008, when a kid had suddenly attacked his parents with a knife. The father was killed at the spot while his mother was seriously wounded. What’s more interesting is to note that the kid was not charged or found guilty with murder or having the intent to murder. The court officials were also informed that the notebook of the kid contained verses and sayings about the afterlife. A number of people had also confirmed that the kid did tell them about hearing the voice of Satan from time to time. That’s not all, as another plot created by the teenager revealed showing a detailed plan of killing two classes. The mental health professionals dealing with the case had concluded that he had been suffering from a severe form of psychosis from a very young age. It was recommended that the kid would be kept in a mental health facility for as long as possible.

There was a girl in Czech Republic who did something that can be classified as an act of Satan. She took her 10 year old friend into the woods and chopped off her fingers. The little girl was able to get free and run towards her home to her parents. When the parents realized what had happened, they immediately called the police. The perpetrator was captured with an axe in one hand and the fingers of the little girl in the other one. She was not convicted and instead taken to a psychiatric facility for a detailed evaluation of her mental state.

Alexander Gonzalez was considered to be a pious and religious man by many. However, it all changed when he was found guilty of molesting a 12 year old inside the church. The judge had sentenced him for 20 years in prison and was classified as a sex offender. However, the case turned around when he had claimed that he had been under the influence of the devil who made him do it. The judge considered this statement as truthful and said that yes, the devil was indeed in there with him and the girl. He decided to reduce the sentence of the man to 1 year as long as he keeps cooperating and responding well to the treatment that will be given to him. This decision was indeed controversial because many of the attendees believed that the person was simply lying.

There is a guy named Michael Reed who is now having psychiatric treatment in Oklahoma. The reason is that he had destroyed a sacred monument on which the Ten Commandments had been written. It all happened in 2014 when he had appeared at the scene, first making derogatory remarks about President Barack Obama and then urinating on the monument. In the end, he destroyed it as an expression of Satan. When the authorities questioned him about the act, he confidently claimed that he was a follower of Satan and that the being had directly ordered him to do it. It should be noted that the monument has remained controversial for being a violation of the right to choosing one’s own religion. It is said that the monument is more or less an endorsement of another religion.

Pazuzu Algarad is a 35 year old man who had been charged for a number of murders. He claims to be a cannibal and a strong believer of Satan. He believes that the evil force that had invaded the body of the girl in the movie, The Exorcist, had been transferred into him. The neighbors of the guy also informed the police that they had seen him perform sacrifices and satanic acts. Some of his friends had informed the authorities that he did tell them about the murders but none of us believed him. He also used to boast about the bones and parts of the body he had consumed on the orders of Satan. A few other individuals were also arrested on charges of helping Pazuzu commit these crimes.