5 Most Bizarre Deaths Known to Mankind

Death is something that all of us will experience. It is the only thing in this world which is certain. People die in a number of ways. Some are murdered, some die in accidents and some die through natural deaths. However, there is a small group of those who actually died due to things falling out from the sky. The cases I am about to share are really bizarre. I am sure that none of us will prefer to die in such a manner. Here are the 5 most bizarre deaths in human history. 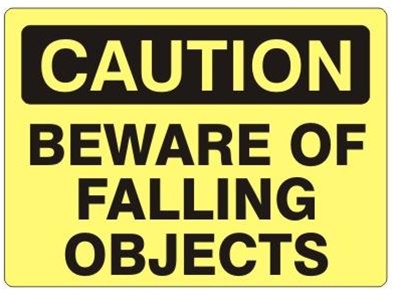 In the month of October, 2014, a strange death was reported. A schoolboy who was playing with some friends died when a sacrificial goat fell on his head right from above. When an investigation was carried out, it was revealed that the goat had jumped out from a window from a nearby building. As the weight of the goat was more or less the same as the boy, the boy died on the spot. The investigation of this case has been going on since that time. The authorities believe that the person who had left the goat in the room or the on the roof might be charged for murder. However, the police authorities are confused because this is the first of its kind case. It should be noted that Turkey is the country in which this incident occurred. The owner of the goat was a Muslim who had brought it for sacrifice during the holy event of Eid.

This Greek Philosopher, Aeschylus, known to the world as the father of tragedy died a weird death. A number of accounts are available proving that this man had died when an eagle had dropped a tortoise right on his head. The eagle had mistakenly assumed that his head was actually a rock. By dropping the tortoise onto the rock, the eagle wanted to break the shell. It has been also been said that he was out there to prove a prophecy wrong. The prophecy was that he would be killed by a falling object. The eagle in question belonged to a special class of vultures who are known to carry large sized bones and objects. As they are extremely powerful, carrying small sized animals is quite easy for them. The main reason for which the philosopher had died was due to the height from which the tortoise was released.

A woman in Nebraska had died a weird death which I am sure that none of us would ever want to experience. She was in her car when a Taco Bell Sign Board fell right on her car. She was there to sell some dogs to a couple. However, at that time strong winds were blowing in the area which is the main reason for which the sign had fallen. Surprisingly, the dogs were able to survive the incident. The couple arrived a bit late at the meeting. She might have escaped the incident if the couple had been there a few minutes earlier. Nobody was held responsible for the killing because it was a natural phenomenon.

The case of Sarah Bean has appalled many religious individuals. She was killed by a metal peace that fell from a nearby church. She was going to a restaurant with her boyfriend to have some lunch when all of this happened. The weight of the metal was the main reason for which she was killed almost immediately. It has also been reported that the construction companies were responsible for what had happened because they had been making some amendments in the church. The church had been the center of many inspections. They had not removed the various obstructions that had been hanging from the building. The building department believed that the church authorities are the ones to be blamed. However, till now nothing has been confirmed about the filing of a lawsuit from the side of her boyfriend. Not to forget that the woman had two children. She was also planning to marry her longtime boyfriend in a few months.

There was actually a man who had been killed by a flying lawnmower. The incident had occurred in 1979 when halftime occurred a group of some crazy inventors brought their inventions for display. The show had just started when a small airplane modeled just in the shape of a lawnmower flew right into the stands. The first person to come into contact with this flying weapon was a 20 year old teenager named John Bowen. He died a few days later due to the injuries. Another person had also been injured by this flying object. No charges were filed against the inventor. However, a lawsuit was placed against the team and the person who invented it.