10 Weird Drive-Thru Services Around The World

You are in your car, but stuck there. You cannot leave the vehicle even to buy yourself coffee or stop by a library to drop books. The concept of drive thrus was introduced in the United States so that drivers could grab some eatables and then be on their way; but since then, the idea has expanded and very strange drive thrus have appeared, where you can either pray, get hitched or even get treatment for a disease. 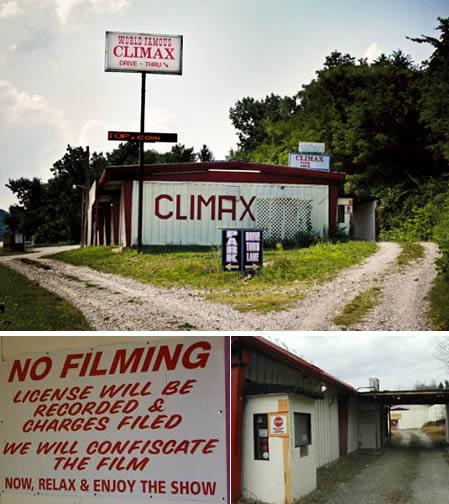 There is a window Climax Gentlemen’s Club which provides a drive-thru with they’ll-do-it-in-my-car convenience of a drive-thru McDonald’s. One has to wait one’s turn, before spending a $ 10 per minute per person. A cinder block carport at the back of the building provides a view to the indoor activity through a diamond shaped window. A ‘pay here’ booth takes credit cards, and displays an autographed photo of Fred ‘The Honzman’ Honsburger, a right-wing radio talk show host on Pittsburgh’s KDKA.

The Pensacola drive-thru Funeral home is now closed, although if offered “an optional drive -thru viewing window” for quite some time. Lafayette Gatling, a former construction worker owned the Junior Funeral Home in Pensacola (Florida) felt that paying respects in soiled work clothes was a cause of discomfort so this drive-thru allowed viewing the remains of the loved one round the clock without ever leaving the car. Traveling visitors could pay their respects using the help of cameras and a sound system simply by signing the funeral register. 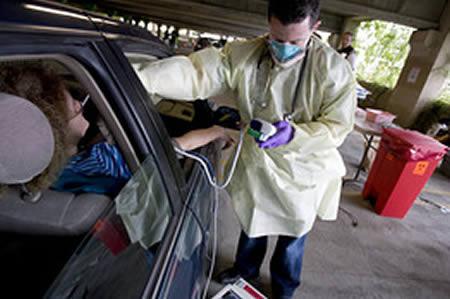 Stanford Hospital is testing a drive-through ER to treat patients in cars so that contagious conditions do not affect the public in a normal crowded ER. “Social distancing” is required during a pandemic or bio-terrorist attack therefore people could drive-thru and still be nursed outside the hospital. With timekeepers tracking the process, Weiss found that the drive-through reduced patients’ length of stay by 1.5 hours compared to what would have been expected in a traditional ER. Doctors tended the patients in the parking garage either in the car or on cots. 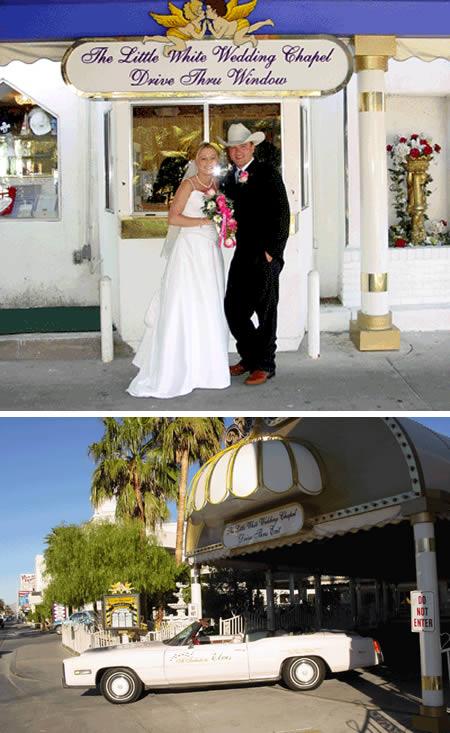 If you want to get married in an instant without the planning a big ceremony headaches or any other work and effort the Drive-Thru wedding chapel is the place for you to consider. Originally used for handicapped people who had trouble getting into the building, it has become a mainstay of Las-Vegas wedding scene. 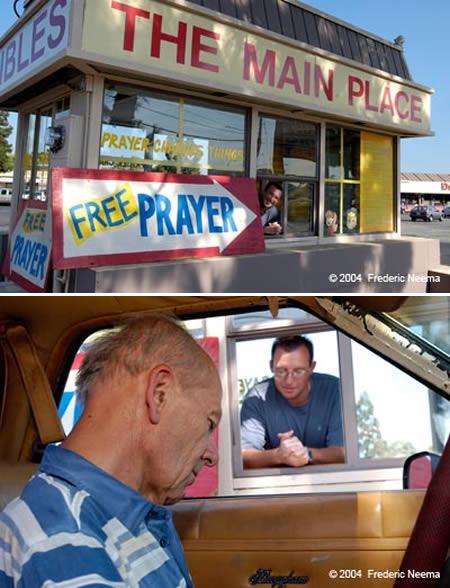 It was initially a photo booth but the “Main Place Christian Fellowship”, an evangelical church located in Tustin outside Los-Angeles, converted it into a drive-thru prayer booth. Any person driving a car can come here remain in his car while a pastor on duty prays for him through a window. It is not just the prayers, but free Bibles, bottled water and sometimes flowers are also a comfort to the passersby.

In 2006 a program from the Contemporary Art Gallery in Vancouver allowed drivers to glimpse the art using a drive-thru window. Any of the six short videos from Vancouver artist Brady Cranfield could be chosen by the drivers once they pulled up the kiosk.  Each piece from the series, called Day Tripper, was modeled after a hypothetical day in the life of a Vancouverite. 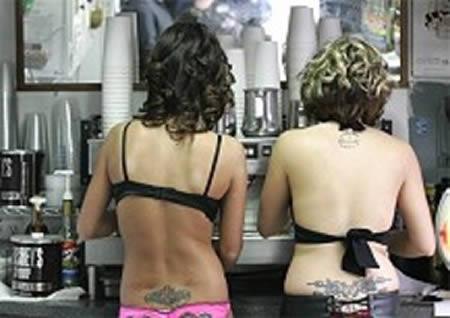 Savvy Washington drive-thru coffee stand owners have added one very popular item to their menu: Flesh.  One coffee stand, Hot-Chick-a-Latte, claims that their bikini baristas can make up to $300 a day. Apparently, the residents of Washington States really enjoy being served coffee by topless baristas in a drive-thru service. 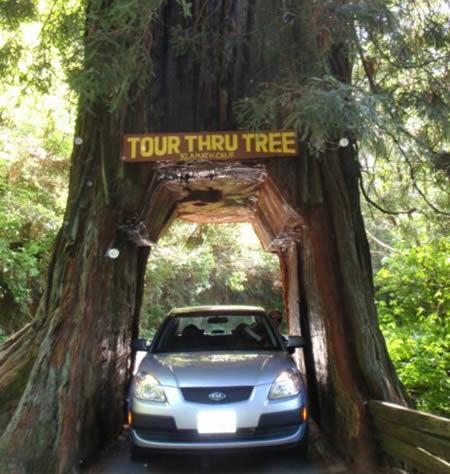 One can drive through the hallowed out stumps of some of the world’s biggest trees on California’s Redwood Highway. It is an experience in itself to be so close to nature and fancy oneself to be inside a tree, although you will have to pay for it. 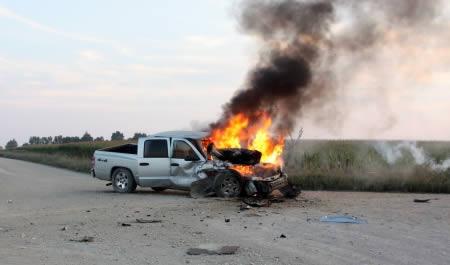 There is a new drive-through service in McMinnville, Oregon. Their first customer was Craig Brown whose pick-up truck’s engine caught fire, and instead of pulling over he just drove to the fire station to get the flames extinguished. Fortunately for him, there were two fighters outside with a hose ready to put him out of the flames. 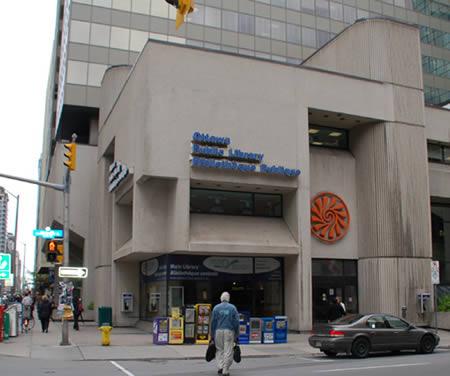 Ottawa Public Library in Ontario, Canada, opened a drive-thru window in 2005. It was the first library to open a convenient and quick way to drop the books – with a drive-thru to drop books open 24hrs.