10 Amazing Shapes Of Nebulas In Space

Some wonders of the space can’t be caught with the naked eye, the space and the universe has always attracted mankind – more than the Earth itself. While the Earth holds mysteries of its own, the universe has always been the mysterious beyond. The nebulas in space are formed by interstellar clouds that absorb, emit and reflect light. What is the most striking feature of these nebulas are their amazing shapes. Here is the finest collection of pictures of different nebulas in space, taken from the Hubble Telescope. 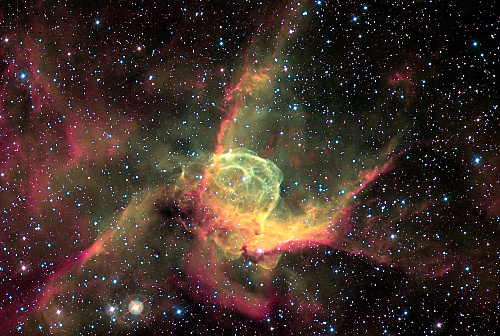 With a movie released under the same name, everyone knows of the Norse mythology character Thor. The Thor’s Helmet Nebula, also known as the NGC 2359, is uniquely shaped much like the helmet of Thor. The emission nebula is located in the Canis Major constellation and is approximately 15,000 light years away from Earth. The size of this nebula is huge, approximately about 30 light years. In the center of the NGC 2359 nebula is the Wolf-Rayet star, which is an extremely hot body in a pre-supernova stage of evolution. The nebula gets its unique shape due to interactions with nearby large molecular cloud that gives the nebula a more complex, bow-shock structure. 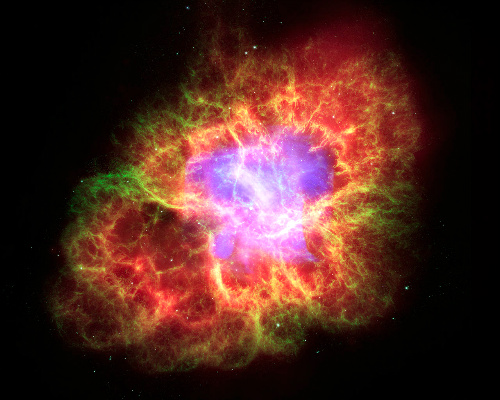 Located in the constellation Taurus, about 6,000 light years away from Earth, the catalogue designations of the Crab Nebula are Messier 1, NGC 1952 and Sharpless 244. It is a strong source of radio to gamma ray wavelengths. The center of the nebula is a rapidly rotating neutron star, called the Crab Pulsar that pumps enormous amount of energy in to the surrounding nebula and forming a strong magnetic field. The Crab Nebula is said to be a supernova remnant that remained after an incredible stellar explosion, according to the nearly 1,000 year old records of the astronomers from China, Japan and Arabia. The Crab Nebula is a part of the Perseus Arm of the Milky Way Galaxy. 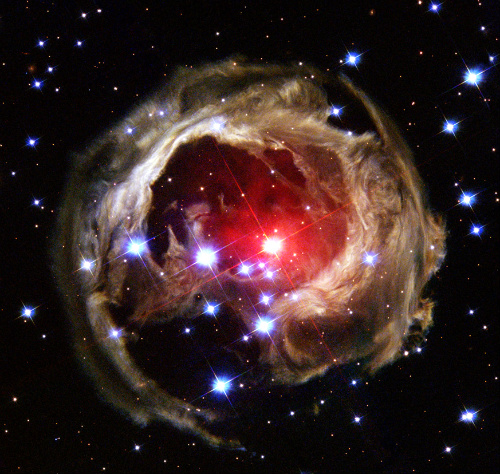 The Super-giant Star, known as the V838 Monocerotis, is said to be the youngest and possibly the largest known star. The red variable star is located approximately 20,000 light years away from the Sun, in the Monoceros constellation (Monoceros means Unicorn in Greek). The V383 was first observed on February 6, 2002 whn astronomers observed an unknown star lightening up the Monoceros. The nebula formed around the star is also known as the Starry Night amongst the astronomers, as it resembles the canvas Starry Night by Vincent Van Gogh. The nebula forms a halo of light around the red star in the celestial equator region of the Milky Way. 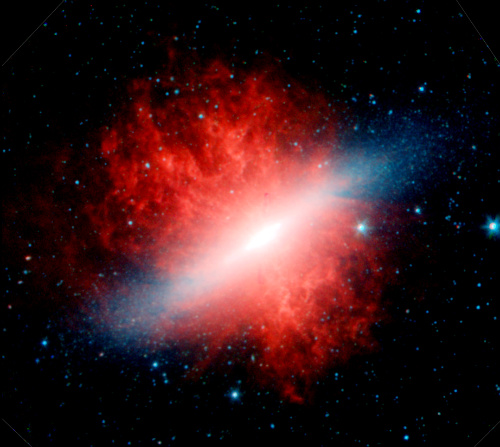 Also known as the Messier 82 or NGC 3034, the Cigar Galaxy is a part of the starburst galaxy in the Ursa Major constellation, which forms the Big Dipper, approximately 12 million light years away from our Solar System. The starburst galaxy is five times brighter than the whole Milky Way. The Cigar galaxy was first discovered in 2005 by the Hubble Space Telescope. Although believed to be an irregular galaxy, the Messier 82 has still retained its shape of a cigar since its discovery. On an interesting fact the center of the cigar galaxy creates young stars at a rate 10 times faster than the entire Milky Way Galaxy. 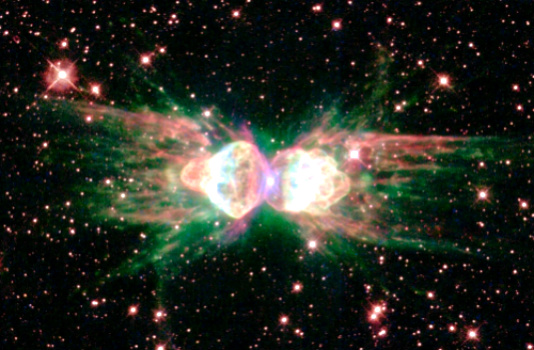 Known as the Mz 3, the Ant Nebula is a young bipolar planetary nebula in the Norma constellation, around 3,000 to 6,000 light years

what is the treatment for vitiligo

from Earth in the Milky Way. The Ant Nebula is formed by a complex network of three nested pairs of bipolar lobes and an equatorial ellipse. The Mz 3 is commonly known as the Ant Nebula as it resembles the head and the thorax of a common garden ant. The Ant Nebula is said to be growing at a rate of 50km/s, oriented around a 30 degree angle from the plane of the sky. The Ant Nebula was discovered by Donald Howard Menzel in 1922, and so earned the name Mz 3. 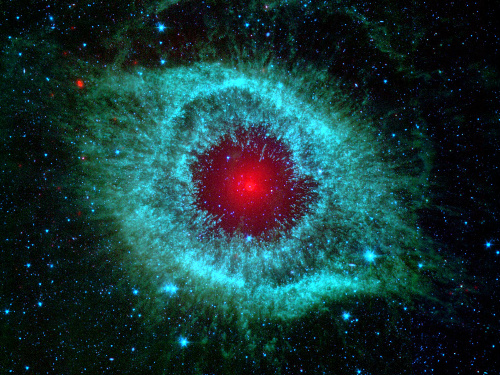 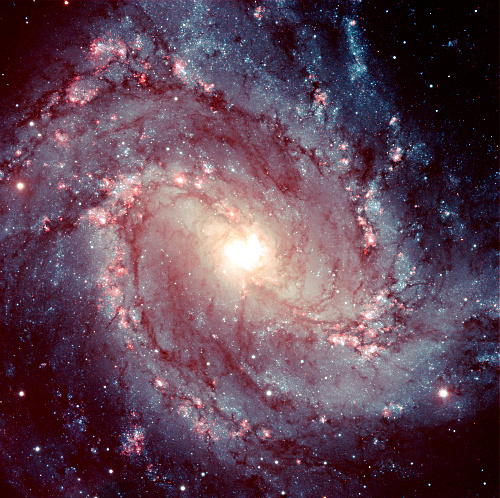 The Messier 83 or the NGC 5236 is a barred spiral galaxy, around 15 million light years away in the Hydra constellation. The Southern Pinwheel Galaxy is the closest and the brightest galaxy to ours, making it visible by binoculars. The Galaxy was discovered by Pierre Mechain in 1752 at the Cape of Good Hope, South Africa. Up till now six supernovas have been discovered in the M 83. 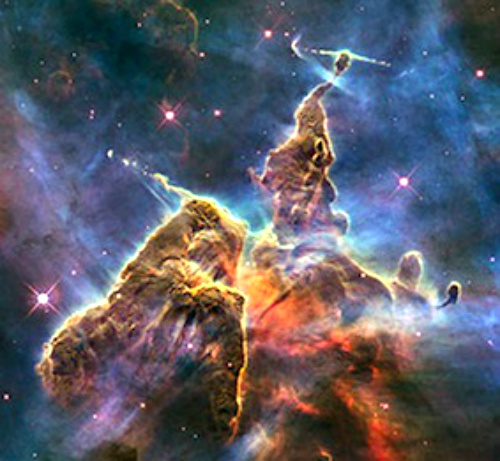 Forming a bizarre landscape like Tolkien’s The Lord of the Rings, the Mystic Mountain was Hubble’s 20th anniversary gift to the world. The Mystic Mountain is a part of the Carina Nebula, NGC 3372, in the Milky Way galaxy about 6,500 to 10,000 light years away from Earth. The Mystic Mountain gathers its shape from rapid winds and burning radiations, which continuously shape and compress the pillars. The constant movement of ionized gases and charged dust particles is giving way to the birth of new stars. The Wide Field Camera 3 of the Hubble Space Telescope first observed the pillar of the Mystic Mountain on February 1, 2010. 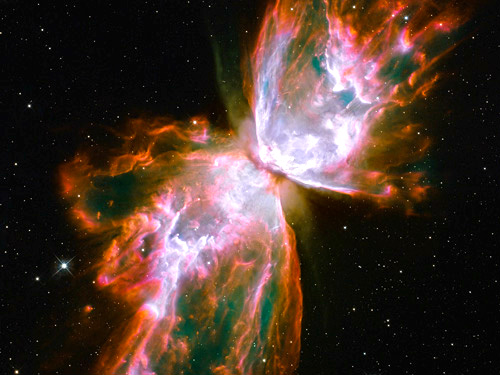 The Butterfly Nebula, also known as the Bug Nebula or Cladwell69 or NGC 6302, is located in the constellation Scorpius, in the southern hemisphere near the Milky Way. The bipolar planetary nebula has the most complex structure observed in any planetary nebula. The shape of the Butterfly Nebula proves that its central star is one of the hottest stars in the galaxy, with temperatures rising up to 200,000 Kelvin. The central star of the Butterfly Nebula was discovered in 2009 by the Hubble Space Telescope, and is said to be dying as it releases gas up to 600,000 miles an hour. 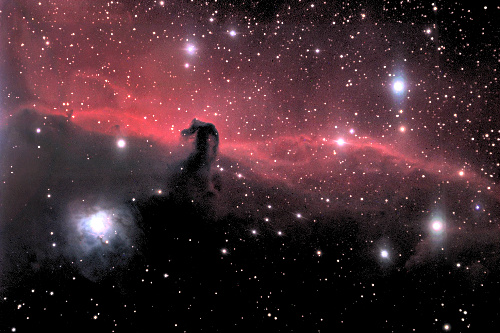 The Barnard 33 as it is scientifically known, the Horse-head nebula, as its name suggests, is shaped like a horse head. Formed by heavy interstellar clouds with large amounts of dust, completely cutting off the light of stars beyond them, the Barnard 33 appears as a dark nebula and is categorized as an absorption nebula. The Horse-head nebula can be found on the south of the Alnitak star of the Orion’s Belt, approximately about 1500 light years from Earth, where 1 light year = 5.87849981 × 1012 miles. The Horse-head nebula is the most unique and easily identifiable nebula, seen from Earth.