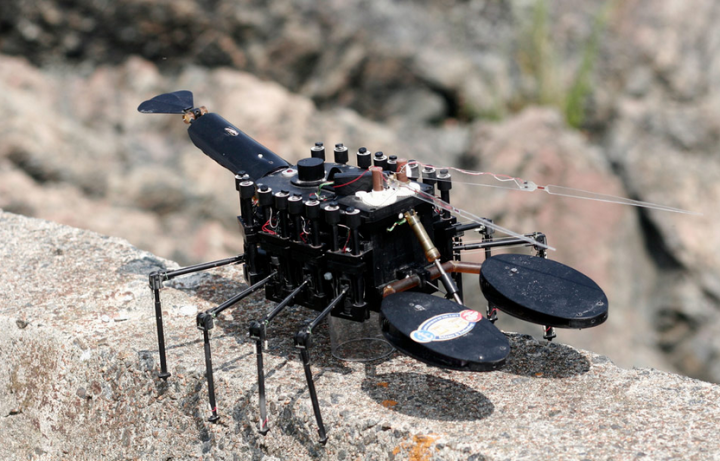 Used by surgeons around the world, da Vinci has the capability of performing delicate surgeries. Physicians operate the robot equipped with four separate arms while seated at a remote console.

Developed in Tokyo, the one armed My Spoon robot assists individuals having upper body mobility difficulties during meals. Using a joystick operated by the jaw, hands or feet, the robotic arm and hand feeds the individual.

Attached to a motorized vehicle, these robots assist police and first responders with victim removal and transport in the event of a radiological emergency or during the aftermath of any other national disaster.

in Massachusetts, these robots measure two feet in length, weight seven pounds and mimic the appearance of the popular marine animal. RoboLobster crawls

beneath the depths of the ocean while searching for land mines.

Designed to resemble headless canines, the Big Dog features a torso attached to four flexible mechanical legs that maintain the balance and upright position of the robot regardless of terrain angle or surface. The quadrupeds walk, run or lay down and assist the military with equipment transport.

Besides owning and operating a farm in a village near Beijing, Wu Yulu recycles common building supplies from trash and converts his findings into robots. One of Yulu’s creations capably pulls his rickshaw and resembles a giant-sized figure from the popular children’s toy.

Designed by German aerospace engineers, the robot resembles the upper torso of humans and moves about on a wheeled base. Capable of mimicking fine motor movements, the robot also contains environmental sensors and has speech function.

Created by Toyota and equipped with custom lithium batteries, the robots resemble anime characters and possess movement ability and artificial intelligence. Toyota designed the devices as assistants in home or medical environments.