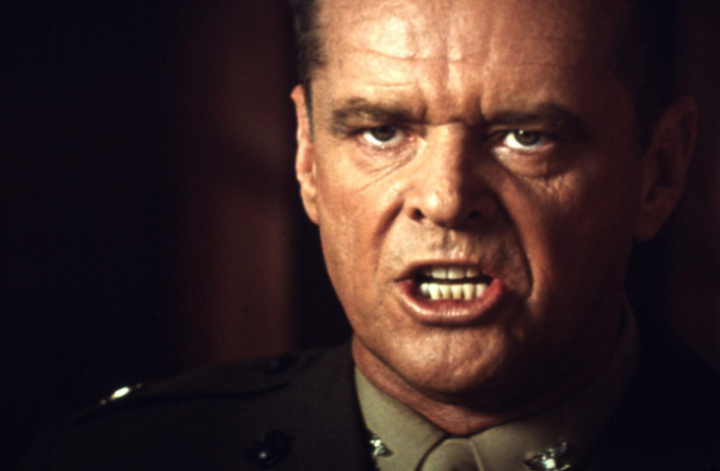 1. 12 Angry Men (1957, directed by Sidney Lumet). This movie is set entirely in the jury’s room as they try to decide whether to rule a man guilty or innocent. On first count, eleven of the jurors think he is guilty… but one man isn’t convinced. One by one, he works to convince the others that the defendant may not be guilty. It’s a gripping one-room thriller with stupendous character development and writing. If you want a more modern take on it, there’s a 1997 television remake starring Jack Lemmon as the dissenting juror.

2. To Kill a Mockingbird (1962, directed by Robert Mulligan). The book is considered an essential classic. The movie is no less classic, starring Gregory Peck as lawyer Atticus Finch. Finch defends a black man accused of raping a white woman and becomes convinced the man truly is innocent. The movie has excellent acting and tells a chilling story of racism and bigotry in 1930s Alabama.

the Prosecution (1957, directed by Billy Wilder). Based on a short story by acclaimed murder mystery novelist Agatha Christie, this exciting courtroom drama tells the story of Leonard Vole, a man accused of murdering an older widow. Vole’s lawyer agrees to testify… but for the prosecution, destroying her husband’s case. Just when all is lost, there’s a twist ending that turns the whole case upside down.

4. A Few Good Men (1992, directed by Rob Reiner). This movie produced one of the most famous movie quotes of all time, Jack Nicholson’s line, “You can’t handle the truth!” The story centers around the court martial of two U.S. Marines charged with murdering another Marine. Tom Cruise plays lawyer Danny Kaffee, who searches for evidence that the Marines were not acting on their own initiative, but following orders from their superior.

5. Inherit the Wind (1960, directed by Stanley Kramer). This courtroom drama is based on the true story of the Scopes

Monkey Trials of 1925. Spencer Tracy plays the lawyer defending a Tennessee high school science teacher who taught the theory of evolution to his students, which was illegal at the time. Frederic March turns in an impressive performance as the prosecuting lawyer.

Courtroom dramas are entertaining to watch, but if you or anyone you know needs a criminal defense lawyer in real life, do your research and visit www.elliotsavitz.com to find quality representation.