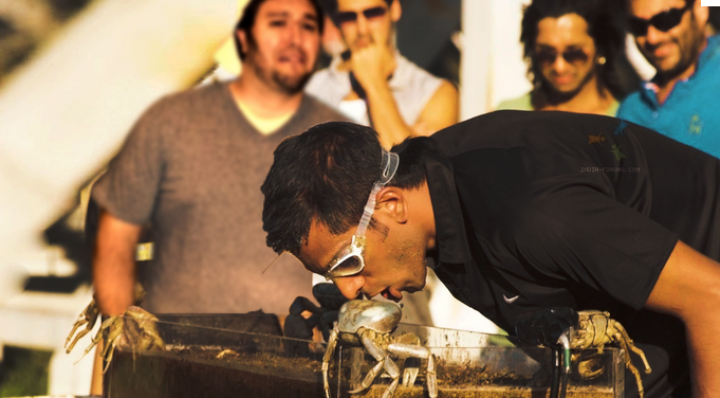 Top Five Most Insane Game Shows from the U.S.A.

Game shows are one of the most entertaining varieties on TV because it’s so interesting to see what regular people would do for money. The funny part is not everyone wins, and some people aren’t even told that they’re on a game show in the first plac

e. It seems that the more ridiculous shows tend to get more attention, and it’s easy

to see why. Entertainment isn’t about what’s right and wrong–it’s about what sells. Here are some of the craziest game shows that have ever aired on US television.

1) The Amateur’s Guide to Love

Remember those candid camera shows? Well, this was one of the earlier ones. The concept was simple: drive a creepy-looking van around SoCal, and creepily spy on young couples who are just looking for some privacy. After spying on the unsuspecting lovers for a while, the crew would begin to mess with them to get a rise out of the audience. Just before things are taken too far, the crew reveals the candid cameras and begins to ask couples several questions about romance. The couple that gives the best answers, according to a panel of celebrity judges, wins a prize.

This game is exactly the way it sounds: nauseating. The whole point of the show was to see who out of five contestants would vomit last after engulfing massive amounts of food while engaging in

strenuous physical activity. As funny as it sounds, a show like this might be hard to watch for those with a strong gag reflex. Sadly, it didn’t deliver because all of the puking was censored anyways. Hurl! ran strong for an entire season before getting canceled.

This old-school game show had a very simple format that rewarded contestants for answering questions right. However, what made it so interesting was that the contestants were all people who were suffering from financial misfortunes. Witnessing these individuals speak about their personal lives and why they needed the money was actually more sad than entertaining. The show really should have utilized audience voting to hand out prizes according to how well contestants pleaded their case.

Fear Factor has people attempt three extremely gross and scary stunts over a span of several days to claim $50,000. It was one of the most watched game shows on TV during its earlier seasons but quickly lost steam due to a lack of originality over time. Most people just wanted to see the contestants do the food challenges that included stuff like chowing on live cave-dwelling spiders, slurping down a milkshake of flies and other insects, or eating a handful of habanero peppers.

This American re-edit of a classic Japanese game show acquired a huge fan following due to the humorous voiceovers and hilarious cast of characters. The show featured several teams of themed contestants battling each other by trying to complete a number of difficult physical challenges, but the real fun was in the humor and completely re-written script.