Crimes get committed for a variety of reasons. You’ll be amazed at some of the reasons people give when they are committing a crime.

Check out these Top 5 Crimes Committed for the Weirdest Reasons

Reason: To stop a headache

We are all guilty of accusing our loved ones of being a pain. But one man in Utah was entirely convinced that his partner was literally a pain in the head. He believed that she was causing his mind numbing headaches, and that the only possible way to cure his aching head was to shoot her. Neighbors report hearing a gunshot before calling the police, who shortly arrived to find the gentleman hiding inside a ditch with his 9 mm handgun. He openly admitted shooting his girlfriend. His girlfriend was later hospitalized in a critical condition, but luckily survived. 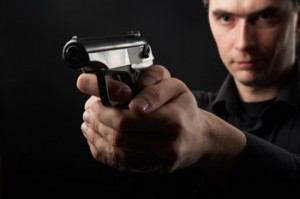 Reason: Anger over bailouts for banks

When Michael Fenter a resident of Port Townsend, Washington was apprehended and arrested for bank robbery back in 2009. Officers could be forgiven for assuming that they may have had the wrong guy, despite Fenter carrying an explosive device on him. Michael had never been convicted in his life. He was a married father with three children, he ran a local farm with his wife. The was financially stable, and Fenter was not a gambler, nor a drug user, or even involved in illegal activities. Except for robbing banks. Michael had previously robbed four banks and after his arrest, local authorities couldn’t account for the money he had taken. Michael soon explained that he’d done it because he was a self proclaimed patriot. “I’m for real justice, truth, and accountability in our government system,” he was reported saying in a local paper. “The money taken was used and is more than likely currently being used to gain the truth.” What truth, has never been made clear, but Michael’s truth now faces a ten-year prison sentence. 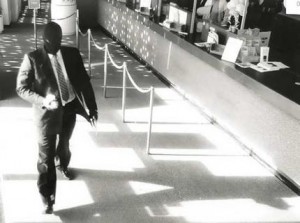 Laurie Martinez a prison psychologist reported to police in April, 2011 assaulted . The man responsible apparently had robbed her home of electronics and disappeared. However it became this was a lie. The “stolen” items were found at her friends house, who Laurie had asked to help pull off the scam. Laurie had ripped open her own lip with a safety pin, sandpapered her knuckles even intentionally peed herself. It seems all of this was an elaborate plan to convince her husband that the neighborhood wasn’t safe, because Laurie wanted to move to a better area. Unfortunately her husband filed for divorce. Laurie received five years probation; before losing her job, her psychology license, and the full custody to her kids. 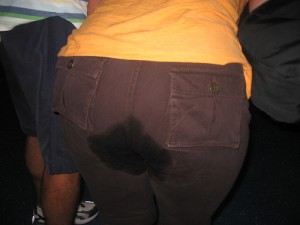 39 year old Robert Lyons brutally attacked and killed his own mother in their home. Robert has bludgeoned her with a cognac bottle and repeatedly stabbed her. At Robert’s trial, prosecutors mentioned that he just suddenly snapped. Robert and his mother were prone to explosive arguments on a regular basis, and he demonstrated a lot of anger towards his mother. It turns out that his mother’s didn’t call a friend who had access to Skybox-seating tickets to an concert that Robert wanted to see. The question here has to be, who did he want to see that badly that his mother’s inability to get tickets could have drive him to murder?