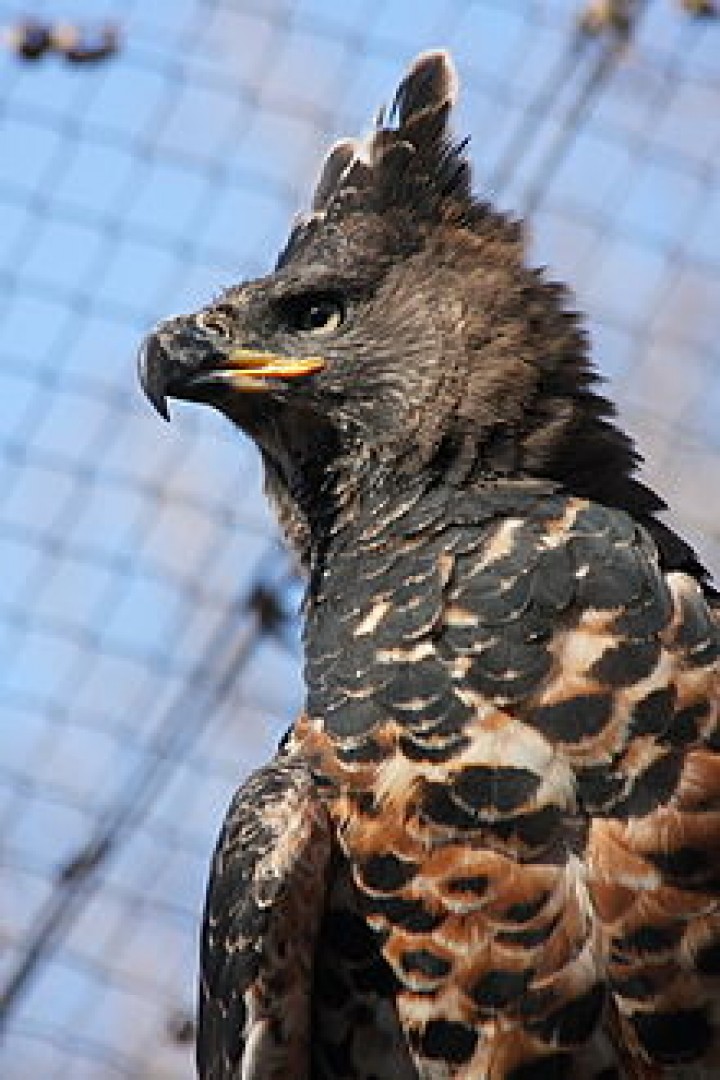 Most birds are extremely cute and they are also very fascinating. There are lots of birds among us who happen to be just fine and scary looking at all. However, there are some birds that just not only look unusual but they look very scary. Despite the fact that some of these birds look scary doesn’t mean that they are dangerous but a few of these birds can be.

Check out these top 10 unusual and scary looking birds:

Did you know that some birds can weigh around 130 pounds or more? One bird that can weigh that much is the Southern Cassowary. It not only weighs over 130 pounds but it can stand up to about 6 feet. What makes this bird so dangerous? They are very territorial. They will do anything to protect their territory. It’s also known as the double-wattled cassowary. The good news is the bird mainly lives in the tropical rain-forests of Northeastern Australia, New Guinea and in Indonesia. So, they don’t just look scary but they are very dangerous birds. 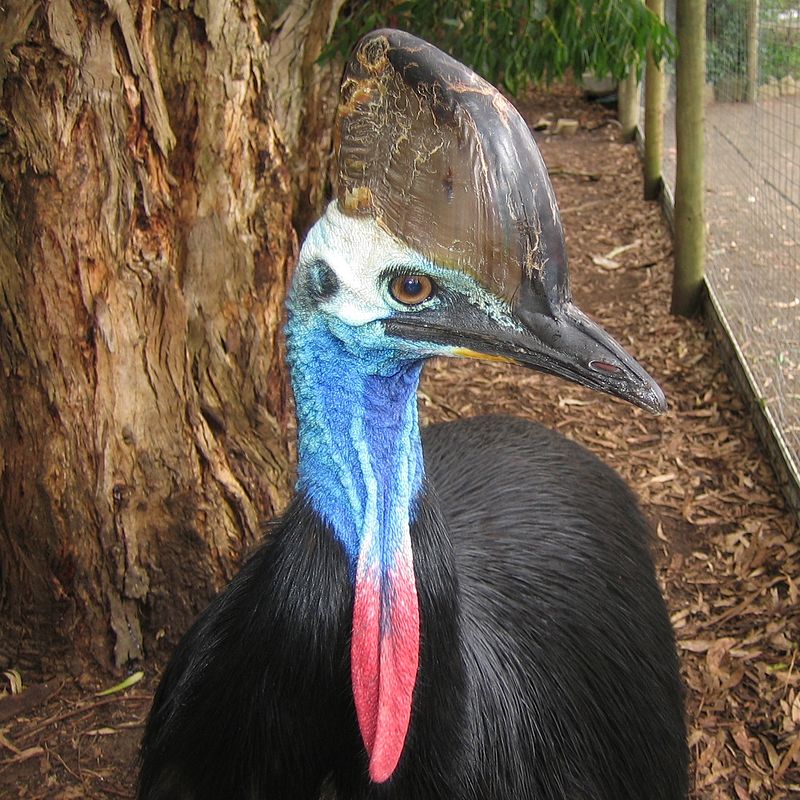 Just looking at this bird gives me the creeps. This bird is feared and not only is it feared but the bird is unclean. The bird will even feed on the dead bodies of humans while it’s in the process of disposal. It not only feeds on dead humans but it will do the same to dogs and more so if waste is not around them. These birds might look scary, they don’t harm humans unless if threatened. They are also in danger of becoming extinct. 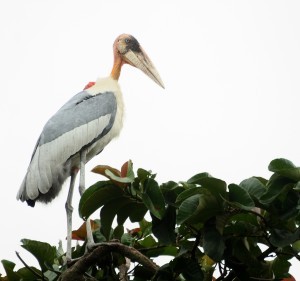 Some people might disagree with me here but I think that ostriches look scary. They not only look scary but they can be very dangerous birds. They are extremely skittish and when they are skittish, there’s no telling as to how they might respond when they get scared or spooked. They are also one of the largest birds alive and can grow over 9 feet plus weigh over 350 pounds. Their les are strong enough to kill hyenas. 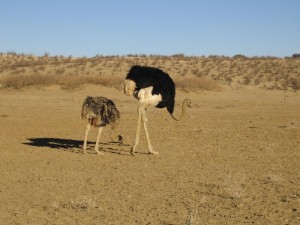 Compared to the other birds, this bird is extremely ghastly and scary looking. They are huge and they can go up to 5 ft when they are standing. Their wingspan can spread over 3 meters and not only are they scary but they are dangerous. These birds have been known to attack children that might approach them. When we think of a stork we might often times think of them delivering babies and dropping them on doorsteps but in reality, they are scary and dangerous birds. 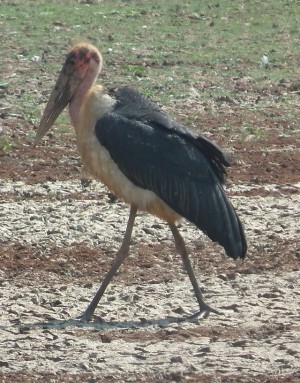 I am sure that you are not surprised to see vultures on the list. They not only look scary but they just look downright ugly. They are also endangered. When a vulture feels threatened or possibly even cornered, they will attack. Their beaks are very sharp and made to tear right into the meat. One interesting fact about vultures is that they have amazing eyesight. Their eyesight helps to protect them from predators. They can spot predators from a distance. Vultures normally don’t attack on animals that are healthy and in fact, they tend to go after the ones that might be sick or even wounded. 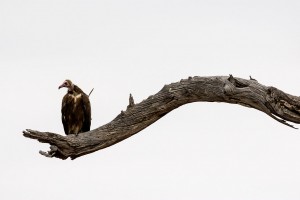 I am surprised that the Antarctic Giant Petrel is not in penguin movies but maybe they aren’t just because they look so horrifying. This bird weighs up to around 18 pounds or more. Their wingspan can go up to 7ft. The reason why I mentioned penguins is because they are known to stalk them. They can capture both young and adult penguins. They tend to live in the Southern Hemisphere and can be seen even in some south parts of Antarctica. 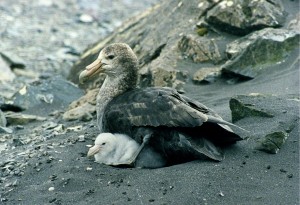 The African Crowned Eagle is one of the largest birds that is alive today. They live mainly in South Central and in East Africa. There has been some occasions to the eagle attacking children. This eagle also will go after antelopes. One thing about these birds compared to some of the other birds is that they always stay on alert plus they seem to be on edge and sometimes they get nervous. When they get nervous then their behavior becomes unpredictable. 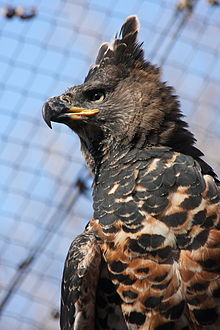 I think that what makes Rheas look so scary and weird is their long legs. They can also weigh up to around 80 pounds or more. You’ll find that they live mainly in South America. You don’t want to make these birds feel threatened or insecure because they can become aggressive. Their legs are muscled heavily and the spurs that they have on their feet are hard. What also makes these birds so dangerous is the fact that they can kick strong. 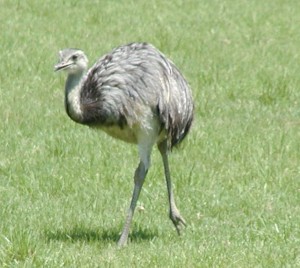 These birds look creepy and scary but they are not extremely dangerous. As a matter of fact, there is a reason as to why they are called the Greater Honeyguide. They have developed a relationship with people and help to guide them towards honey. Once the person finds the honey then they must share the honey with the bird. Who would have thought that a bird could help guide humans to honey? This bird might not be very scary looking but it is very unusual.

Just like the Greater Honeyguide has its name for a reason, the Vampire Finch also has its name for a reason. They are scary looking birds but on top of being scary they have a very bad habit of going towards juvenile and even adult birds regardless of their size and then they will drink their blood. This bird doesn’t care if the other bird is healthy or sick, it will drink the blood from other birds regardless of their current condition. Despite what he does, doesn’t the bird look kinda cute? 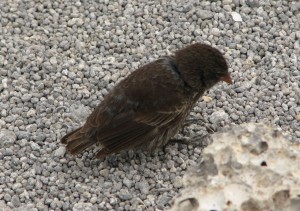 It does not matter rather the bird looks scary or not, it’s never a good idea to try and approach birds that you might not know about because you don’t know how they will respond or act especially if they feel threatened.

Tags:  animals, birds, Everything Else, featured