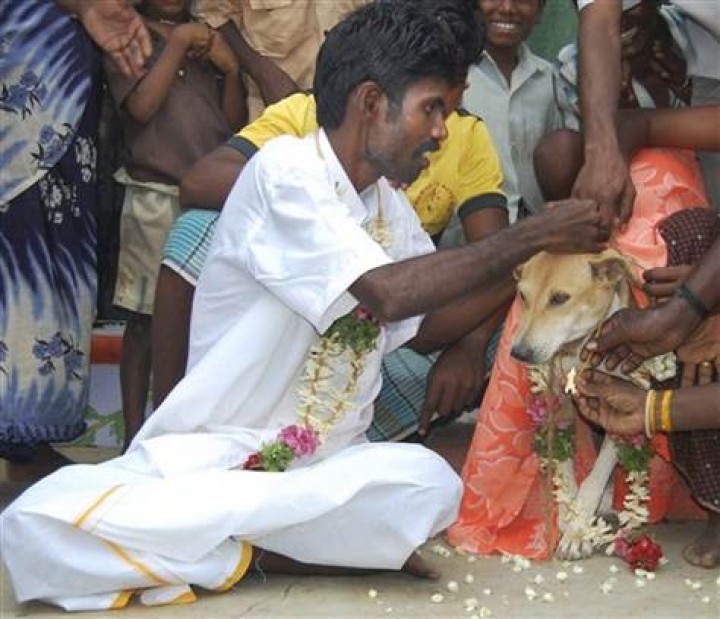 The Most Weird People Who Married Animals

All of us love our pets in one way or the other. Our love for animals is an indication that we are concerned about their health and wellbeing. But there are some people who just cross the line in this regard. This post is dedicated to those weird individuals who went as far as marrying the animals they loved. This might sound bizarre to you but to them it is nothing immoral. Yes, morality has a major role to play in this regard. There have been a number of religious fanatics and fundamentalists who have termed these marriages as being a dent on human morality and sexuality. Although there might be no sexual involvement in these relationships, but still it is the human psyche to bring sex into everything human. These marriages can be taken as expressions for human concerns and love for animals, but some people just don’t understand this. With this said, here you can read about the 5 unbelievably weird people who married animals. 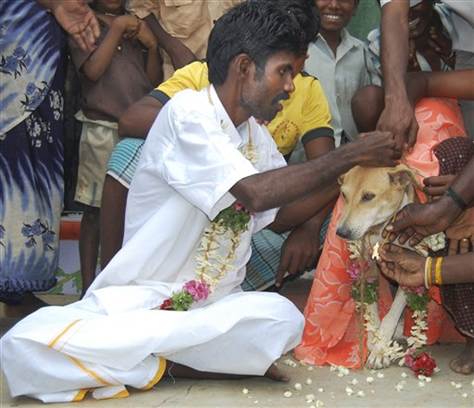 This man is famous for marrying his pony. In the year 1998, Jerry Springer tried to uncover the mysteries and complexities involved in these relationships, but failed to give a detailed account. Moreover, there have been a limited number of studies in this regard. It is also to be pondered that the TV show of Springer was also not broadcasted as it was considered to be outrageous by the producers and directors.

This boy went as far as having a married relationship with this cow. On asking him why he did it, he said that the cow flirted with him. For this reason, the boy was forced into a ceremony for marrying the cow according to a Pecaruan Ritual. The marriage did not last for long as the bride drowned in the ocean.

This 41 year old woman, who also happened to be a millionaire married a dolphin. She considered the dolphin the love of her lonely life. The relationship started more than one decade back when she had first visited the resort. Sharon’s friend threw her into the water so that she can get a chance to swim with her new husband. The marriage ended when the dolphin died in 2006.

This man had long believed that his life was under the influence of a curse. In order to turn down the whims of the curse, he decided to marry a dog. An astronomer had told him that the only way his suffering can end is by marrying a dog. On the other hand, there are a number of critics who considered this act of Kumar as being stupid.

In the year 2009, this woman from Ghana married her dog. The reasons he gave for the marriage were really bizarre. One reason which became famous was that the dog had qualities she expected to see in her real life partner. As she was unable to find such a person, she finally decided to marry her dog. The family of the woman turned down the wedding, as they considered it to be really stupid. Most people of her village that it was an act to ward off her loneliness. Most of her friends told her that marrying an animal is not a healthy way to deal with her loneliness in life.