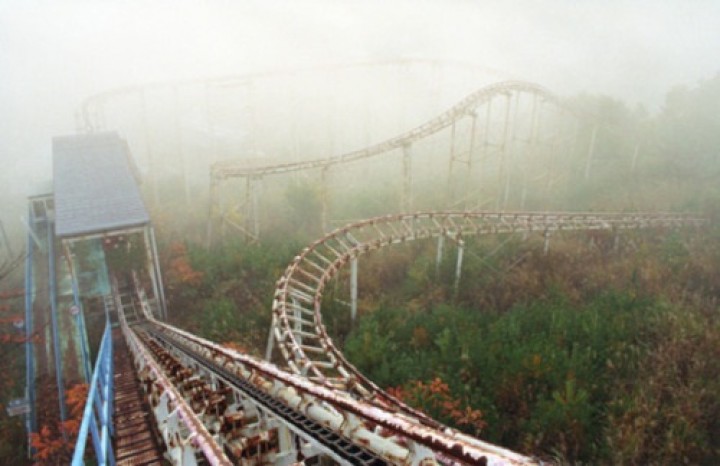 Places You Won’t Believe are Cursed

Whether you believe in cursed places or not, there is always something spooky about some them. All over the world that there are a number of sites which are haunted. Although some people might not believe it, but there is always something inhumane that took place at or close to these sites. Killing of children, murders of the innocent and all other acts of savagery do provoke curses. Evil spirits are always in search of some negative energies, so whenever they sense an evil act taking place, they occupy it. This view might sound stupid to most of you. For this reason, I have decided to share some information about the cursed places and regions in the world. It is to be considered that there are people who still prefer to visit these sites in spite of knowing that their lives are at stake.

The animated movie, Hotel Transylvania, was after all meaningful. This site is not just a mysterious construction, as there are some horrifying events that occurred here. At the time of entering the castle, there is a 30 meter deep well that will catch your attention. Legend says that there were about 10 or 12 Turkish prisoners who were promised freedom if they were able to dig this well. It took them 15 years to dig this well and when they asked for freedom, their heads were chopped. As a number of people were killed in the castle, there are also some stories about the Dracula. 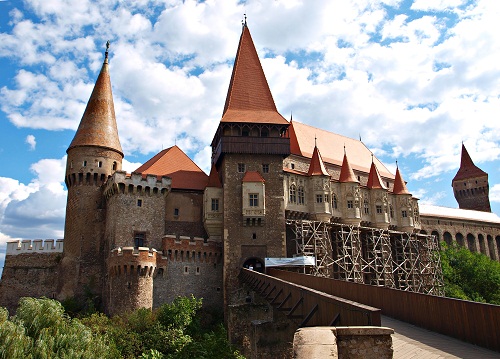 Aokigahara, which is more commonly referred to as the sea of tress, is the place where countless number of people have committed suicide. The trees are so close to each other that you might not be able to see anything during the day time. It is believed that more than 100 people disappear while walking into the forest. Yes, most of them travel to end their lives so that they no one will be able to discover. 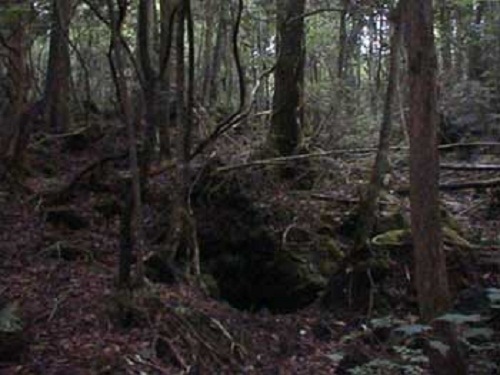 There are unclear reasons for which the amusement park had been closed. There is always a thick cloud of mist or something else which is believed to surround the park at all times. What’s inside the mist or why is there always a mist in this area cannot be understood entirely. There are rumors that the park had been closed primarily because of the mysterious deaths that took place inside the park within the first 2 years of its opening. It is obvious that the park was not closed simply because of the rumors, as a lot of investment had been made. So why would the stakeholders or owners abandon their investment without any horrifying reason. 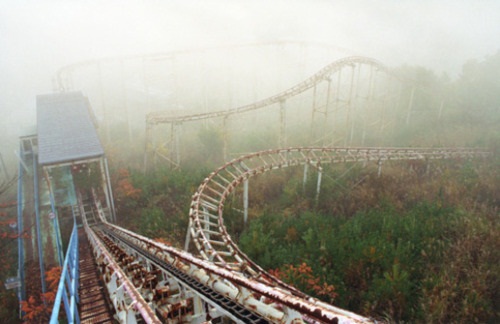 There is an island which is located in the southern side of Mexico City. Almost all of the trees on this island have been loaded with dolls. The island has been totally abandoned, as it is believed to be cursed. Some people say that there is a treasure hidden on this island, but the reality is that something really evil occupies the entire area. No matter where you walk on this island, you will always get the feeling of being watched. There is also a story that a guy named Don Julian decorated the Island with dolls in order to drive away the spirit of a little girl who was found dead at this site. There are also a number of tourists who assert that they heard the voices of dolls talking to each other. 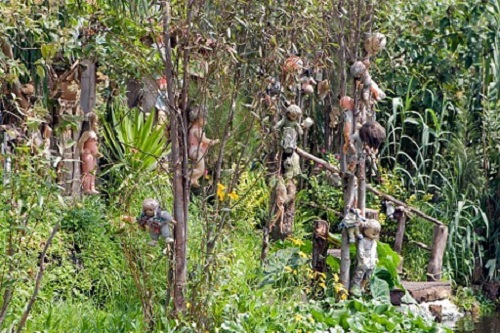 Now here we have a Roman Catholic Chapel. There are no sort of ghost stories linked to it, but the inside decoration is what that creeps the hell out of people. The paintings, the walls and everything inside is o haunting that you might experience suicidal tendencies while being inside. Gloomy environments and places do have an impact on the human psyche which is the reason for which they should be avoided. It might also be that the person who performed the decoration was only trying to do something creative. At the same time, this chapel might not be chapel after all in the true sense of the word. When evil acts are done inside Holy sites, their purity is lost at a great cost. 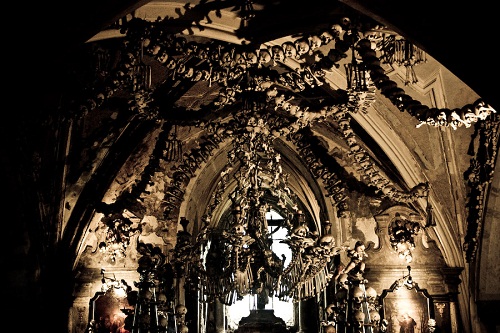