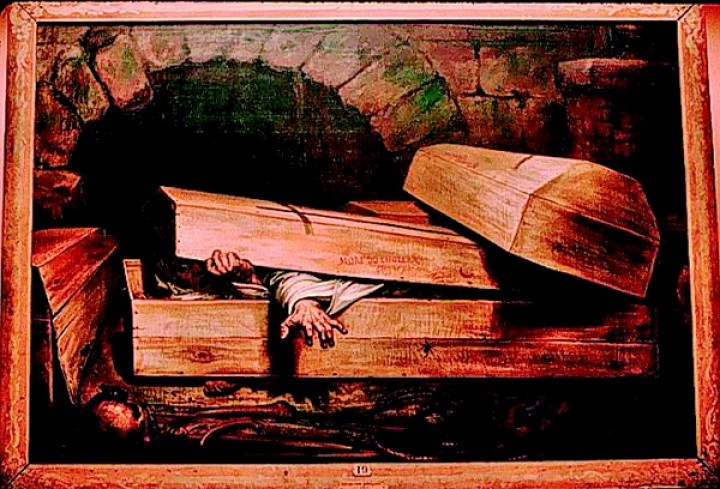 Most Horrifying Stories of Premature Burials

Ever imaged being buried in a premature manner? Live burial is termed to be one of the most feared actions. Till now, a number of people attempted this process in the form of a stunt. The burial, which is carried out in this manner results in death through dehydration, asphyxiation or most of the times through hypothermia. There are a number of stories prevalent in this regard. You might have heard about the philosopher named John Duns Scotus who happens to be the first reported person in the literature. Moreover, John Washington also feared his death so much that he made his servants promise that they would not carry out the burial process until 2 days after his expiry. The fear of death and imagining oneself buried in the earth is like nothing else. At the same time, a number of newspapers have also reported a number of deaths which occurred through the accidental burial. So it is time you start thinking about death, as it is something we all should experience. Being optimistic about life is a good thing, but being realistic is the best you can do. Here is the list of the 5 most horrifying stories of premature burials. 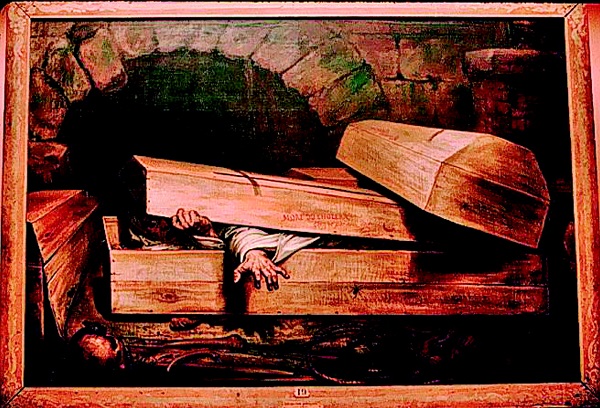 Virginia McDonald was a woman who lived in NYC. Due to her illness she died quite young. But after the burial had been carried out, her mother insisted that her daughter was not dead at the time when she had been buried. The family members tried to convince her about the death, but when they realized that the condition of her mother was growing worse, they finally asked for the consent of the religious authorities to dig her body up. After digging the coffin out, everyone present had been shocked to know that the nails of the victim had been bitten and injured. Moreover, they also found some compelling evidences that she was alive at the time of her burial.

When it had been confirmed that Madam Blunden was dead, her burial process had been carried out in her family cemetery in London. The vault in which she had laid happened to be situated beneath a local boys’ school. The next day when the children were playing during the break time, they heard noises from beneath the floor. The children reported it to the teacher who informed the concerned authorities. When the vault was opened, Blunden had already taken her final breath. All efforts were made to save her, but in vain. Due to her agony, she had torn her face and had also bitten her nails.

The next case in line is that of a French Policeman who had been declared dead after he had intoxicated himself after having drunk a lot of potato brandy. But what the doctors did not realize was the fact that he had gone into a profound sleep. When the body was being lowered into the ground, the sexton heard noises from the inside. He immediately bore a number of holes in the coffin to allow the air in, but when the coffin was opened the man was already dead. The reason for his death was that he had severely mutilated his head in order to open the coffin.

On December 30th, an article had been published in the Sunday Times which reported yet another case of premature burial. The man who had been declared dead was being buried. But suddenly, the grave digger heard some noises from the inside. In fear and terror, he ran for help to other people and it took him some time to return to the spot. But when the coffin was finally opened, the man was already dead.

In the year 1901, a pregnant woman named Madame Bobin had arrived from West Africa, but was suffering from yellow fever. She was transferred to the hospital, but her condition grew worse and she was finally declared dead. Later a nurse from the hospital sounded her concerns that she thinks that the woman was not dead and had been buried prematurely. On hearing this, the woman’s father asked for the body to be exhumed. On digging her out, the crowd gathered at the site were terrified to find that a baby had been born inside the coffin and had died with the mother. An autopsy revealed that Bobin did not die due to yellow fever but because of the asphyxiation inside the coffin.