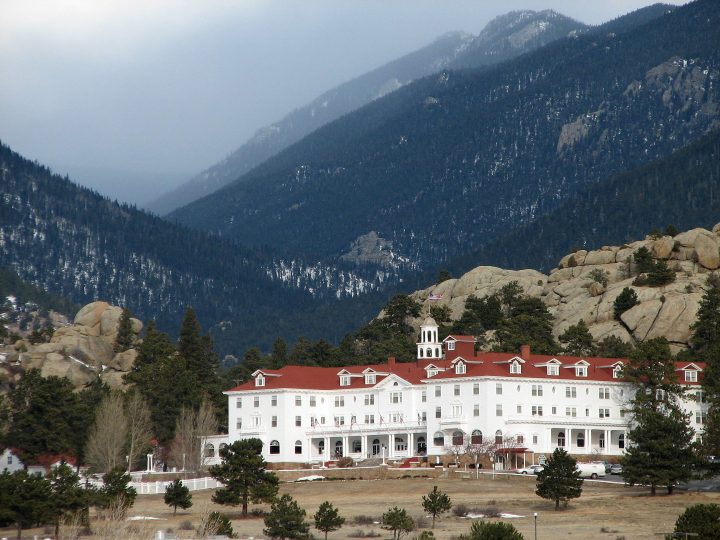 7 Creepy Haunted Hotels In The USA

After watching American Horror Story Season Hotel with Lady Gaga you might find yourself wanting to check into a hotel this Halloween season. However, if your Halloween schedule is so busy that you don’t have time for travel, then don’t worry. These creepy hotels stay haunted throughout the year so you can get spooked out anytime.

Check out these 7 Creepy Haunted Hotels In The USA
7. Hotel Blackhawk in Davenport, Iowa
The Blackhawk hotel was built in the year 1915. During the beginning of the 20th century the hotel first focused on hosting events for celebrities and socialites. The hotel’s reputation started to fall by the 90’s and then later on the 8th floor a meth lab actually exploded in 2006. Since all of this happened, the hotel was renovated and now it’s back to how it was originally. Many guests claim that they have spotted some scary apparitions. In 1986, famous actor Cary Grant collapsed in Suite 903. The hospital declared him dead. After they remodeled, Suite 903 was removed. Some guests claim that they see him as a ghost walking about lost. Other apparitions include women in blue and red evening gowns roaming the hotel. 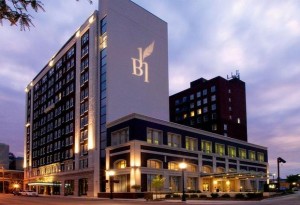 6. Hotel Monaco Alexandria in Washington D.C.
There’s lots of history in the city Alexandria. You’ll find many galleries, boutiques, pubs and lots of fine eateries along the way. The Monaco hotel dates back to when the Civil war was going on. During the time of the civil war they called it the Marshall House. Some of the ghosts that people have seen during their stay include the ghosts of Colonel Elmer Ellsworth and James W. Jackson. Both of these men died during the civil war. People claim that they haunt the 6th floor of the hotel. Due to so many claims, the hotel now has a special ghostly package that it offers for curious guests. 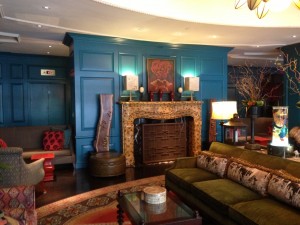 5. The Gadsden Hotel in Douglas, Arizona
If you’re trying to find a hotel where you have a 99.9% chance of seeing a ghost, then visit Gadsden Hotel in Douglas Arizona. It’s so common for guests to actually see a ghost when they are visiting the Gadsden Hotel they are often times encouraged to write down their experience. Visitors have reported a lot of ghost activity such as their televisions being turned off, their hair pulled and sometimes they have been pinned to their beds with no explanation. The hotel manager, Robin Brekhus even claims to see a cowboy ghost. 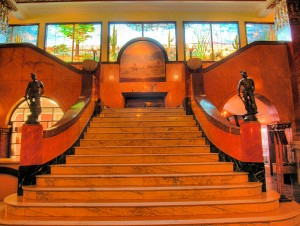 4. The Hotel Colorado in Glenwood Springs, Colorado
In the year 1891, the Hotel Colorado was built. The hotel is mainly based on the Italian Villa 16th century. Back in those days it would host many popular guests. Some of the apparitions guests have reported hearing include screams of a woman whom might be the chamber maid that was murdered by one of the men who loved her. She was involved in a love triangle that caused chaos. Other apparitions include unexplained smells, door knocking, lights blinking off and on and unusual sounds. 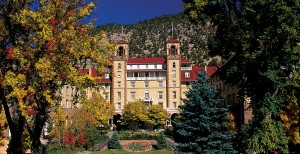 3. The Loews Don CeSar Hotel in St. Pete Beach Florida
This hotel is one of the many known historic hotels in Florida. The Loews Don CeSar Hotel was built at the height of the Jazz age. Thomas Rowe was the original owner. Many people call this hotel the Pink Palace. A lot of guests and staff have reported apparitions, odd sensations and eerie noises throughout the years. Some of the reason as to why people might hear this activity is because during the 1940’s the building at the time was used as a VA hospital. Later it was renovated back to being a hotel. 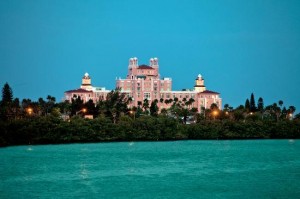 2. The Colonial Inn in Concord Massachusetts
Built in the year 1716, the Colonial Inn in Concord Massachusetts is believed to be haunted by Ralph Waldo Emerson. Due to this haunting, the Inn is extremely popular. People visit from around the world to see if there is a possibly that they can see the ghost of Ralph Waldo Emerson. However, there are plenty of other reasons as to why this Inn might be haunted. Dr. Minot, turned Room 24 into an operating room. One reason as to why was because Dr. Minot was not only a physician at the time but also a solder. A few popular guests that have visited the hotel include Shirley Temple, Franklin D. Roosevelt and Steve Martin. While these guests were able to check out just fine, other guests plus soldiers might not have ever checked out and remain haunting the hotel today. The first documented reporting was back in 1966 when a woman was visiting the hotel on her honeymoon and a shadowy figure approached her. Ever since then, many more have been reported. 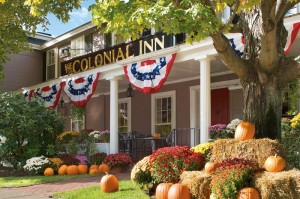 1. The Stanley Hotel in Estes Park Colorado
The Stanley Hotel was built in 1909. It’s known as one of the most haunted hotels in the USA. The room that’s had the most ghostly activity in it is room 217. The reason as to why this is considered one of the most haunted rooms is because Stephen King spent just one night in 217 and during that one night stay he was inspired to write “The Shining” due to all of the ghostly activities happening in the room. 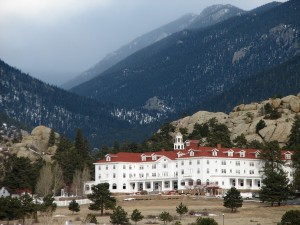 Conclusion
If you decide to stay in any one of these hotels for Halloween, you might consider booking ahead of time. They tend to sale out fast around the Holidays. However, you might just be one of the lucky ones who gets in one of them because of a ghost being anxious to meet you in the room.