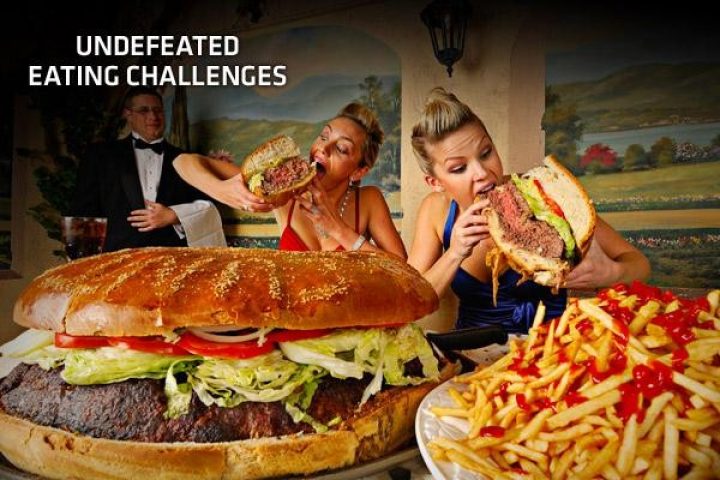 The 5 Most Stupid Food Challenges Ever

The success of food shows in attracting a large number of people is a relatively new phenomenon. A great deal of hype is being created in order to ensure that everyone gets to know about food challenges. These shows are not limited to specific countries. In fact, TV shows all over the world are being launched in relevance to food challenges. It is to be considered that some food challenges are simply stupid and some even more so. I am going to share the 5 most stupid food challenges ever. 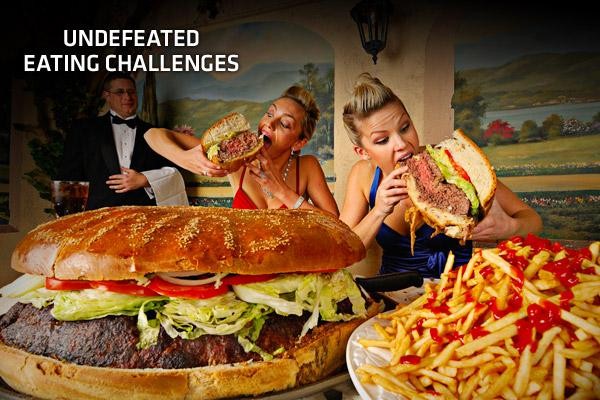 It might seem easy to eat a burger which is about one pound. However, the same cannot be said about the biggest burger in the world. The competition for eating the largest burger ever has been arranged many a times. The challenge is that you will need to eat a burger that weighs around 105 pounds. You are allowed to have about 10 members in your team. It has been reported that till now no one has been able to conquer this challenge which high levels of success. If you think you have what it takes, then do give it a try.

If you think you and your friend can eat anything, think again. The state of Georgia boasts of arranging a competition in which two people are allowed to try a 30 inch pizza. The weight of the pizza is about 30 pounds. All you will need to pay is $ 50 for this challenge. The teams who are able to finish the pizza in the required are paid $ 250.

This single person challenge is arranged at Barlo’s Pizza. The best thing about it is that it tests the eating capacity of individuals who think they can eat a 29 inches pizza on their own. You will be required to conquer it within the span of an hour. The minimal prize for completing this task is about $ 300. In addition, you can try to gain the maximum prize which is $ 1000. For more information, you can visit the official website of the company. However, the website gives no information about the decision for the prize is made.

As the name suggests, it is not easy to consume this entire pizza without having a man of steel stomach. The challengers are required to eat this pizza in a span of 20 minutes. The worst thing about this challenge is the scorching heat which you will be required to endure during and after the pizza. Many are of the view that the heat is so much that you feel drinking tanks and tanks of water. No form of napkins are allowed during the challenge. However, the authorities do show the courtesy of giving a large cup of water which you can drink whenever you want. The prize is that anyone who finishes the challenge will be given access to free soda for his or her entire life, a free t shirt. The picture of the winner will appear on the hall of fame wall of the outlet.

The original name of this challenge is different but the exact words haven’t been used for obvious reasons. This challenge is arranged in Sarasota, FL, on regular basis. The best or worst thing about the challenge is that you will need to eat 10 wings loaded with the hottest pepper known to mankind. Some of the greatest challengers have only managed to consume 2 to 4 wings. The challenge is so stupid that you might even be diagnosed with some condition after consuming the wings. The same goes for the prize which is nothing more than a chance to have your picture appear on the hall of fame list.

It is clear that most of these challenges are simply not worth the pain and risk you might yourself into. So instead of wasting your time and energy on such challenges, it is better to do something productive. There is no sort of achievement in winning these competitions. However, you can participate in them just to get an awesome profile pic with the food items.