Art – comes in all forms but when we talk about masterpieces the first names that come to mind are Da Vinci, Van Gough, and Picasso etc. The artists put their mind and soul into their creations to gain recognition. However, some people just can’t see these wonderful displays as a national treasure – they want it in their personal collections. These collectors would go beyond morals and take the loot from museum, private residences and even places of worship!

Apart from all that, these crooks are so refined in their methods and cultured that nothing else sounds more appealing than the famous paintings, well maybe with an exception of drug dealing, money laundering but that’s hard-core. It is estimated that the worldwide trade in stolen and forged art is worth upwards of $6 billion annually. Here are the 10 most high profile art thefts by these crafty thieves. 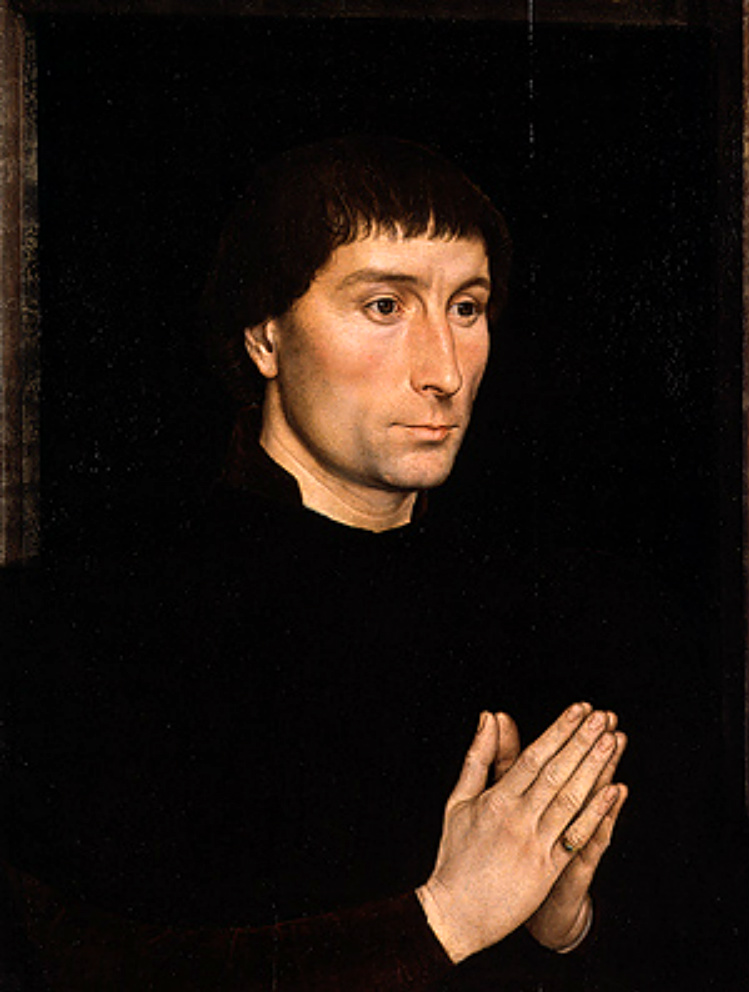 Now this was a medieval case of art theft. A three panel altar piece by Flemish painter Hans Memling, The Last Judgment, is stolen by pirates en route from Flanders to Flourence, in what is known to be the first documented art theft. However, a pious pirate gave the painting to a church. Today it is in the National Museum in Gdansk. 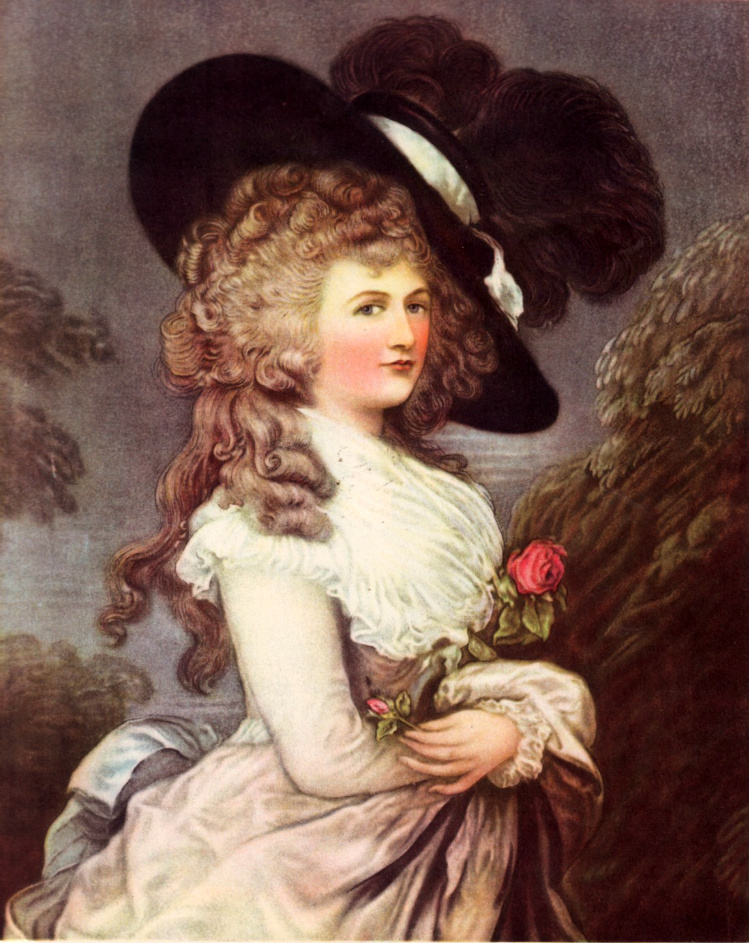 Con man Adam Worth, the man who inspired the villainous character of Moriarty in Arthur Conan Doyle’s Sherlock Holmes, known for his criminal mastermind for robbing several banks and forging documents steals an art treasure in 1876. The Georgiana Duchess of Devonshire is hoisted up to the window of a London gallery on the shoulders of his 213-centimetre assistant. The portrait by Gainsborough’s is valued at the then world-record price of 10,000 guineas ($1 million today), and was stolen by Worth to get the bail money for his brother’s release from prison, but the brother was released without bail. Selling the portrait for ransom, Worth was never caught and died a year later. The portrait was recovered and now hangs in her ancestral home.

One of the greatest art thefts that will always be remembered. Stolen from the Louvre in 1911, the greatest work of art by Leonardo Da Vinci the Mona Lisa costs over $100 million. When the portrait was stolen, a lot of people working in and out of the Louvre came under suspicion and one of the now famous people to be questioned was Spanish painter Pablo Picasso. 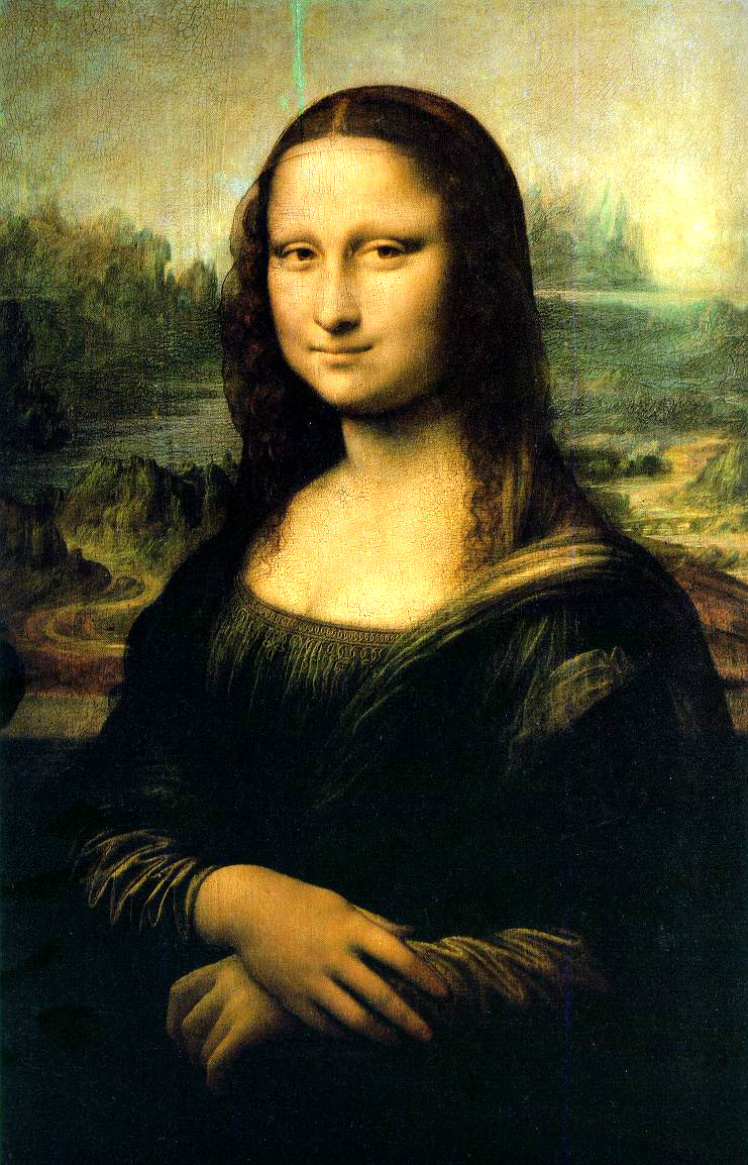 However, the thief turned out to be an employee, named Vincenzo Perugia, of the Louvre who stole the portrait at the behest of an art forger who wanted to make copies of the famous lady. The thief was caught trying to sell the Mona Lisa to Uffizi Gallery in Florence and was sent to prison. 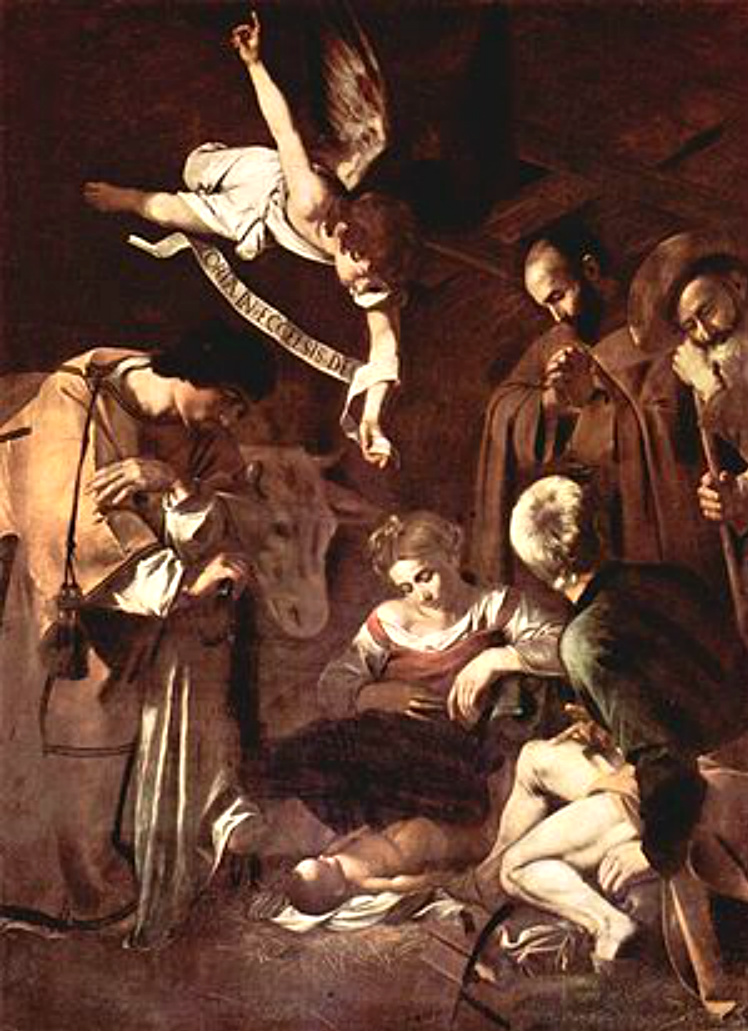 Caravaggio’s Nativity was stolen off from a church of San Lorenzo in Sicily on Oct 18, 1969, where the painting. The painting was cut out from its frame and was seen in the possession of a mafia kingpin, who stole the masterpiece for his mother, who grew too ill to go to church to see it. The painting which is now worth $20 million has since never been found.

The largest art theft in the history took place at the Isabella Stewart Gardner Museum in Boston. Two thieves entered the museum wearing police uniforms, after taking down two guards and taking the security surveillance tapes. The thieves leave with 13 works by different artists. The 13 paintings had three paintings by Rembrandt including his only seascape Storm on the Sea of Galilee, The Concert by Vermeer, one by Manet, five paintings by Degas, and others valued at around $300 million.

The case still remains open and the authorities still are trying to find the criminals despite investigating everyone from the Irish Republican Army to a Boston mob boss!

A popular target amongst art thieves in Norway, The Scream was stolen on the opening day of the 1994 Winter Olympics in Lillehammer. The stolen painting was one of the four different versions of Munch’s famous work.Thieves took the painting from Oslo's National Art Museum. A perfectly planned crime the crooks took less than one minute, coming in through a window and cutting the wires that held up the painting, and leaving through the same window.

The reason for the crime was to ransom the painting to the Norwegian government. Although the crime was well planned the thieves blundered as they left a piece of the frame at a bus stop, which led the authorities straight to them. The painting was recovered a few months later. The four men involved in the crime were convicted in January 1996.

A crime that sent the whole Sweden in mourning when three crooks barged into the National Museum, wearing ski masks and carrying pistols and machine guns. The criminals knew exactly what they wanted, having studied the flooring plans for months, they went straight for the Rembrandt Self Portrait and two works by Renoir, Jeune Parisienne and La Conversation. 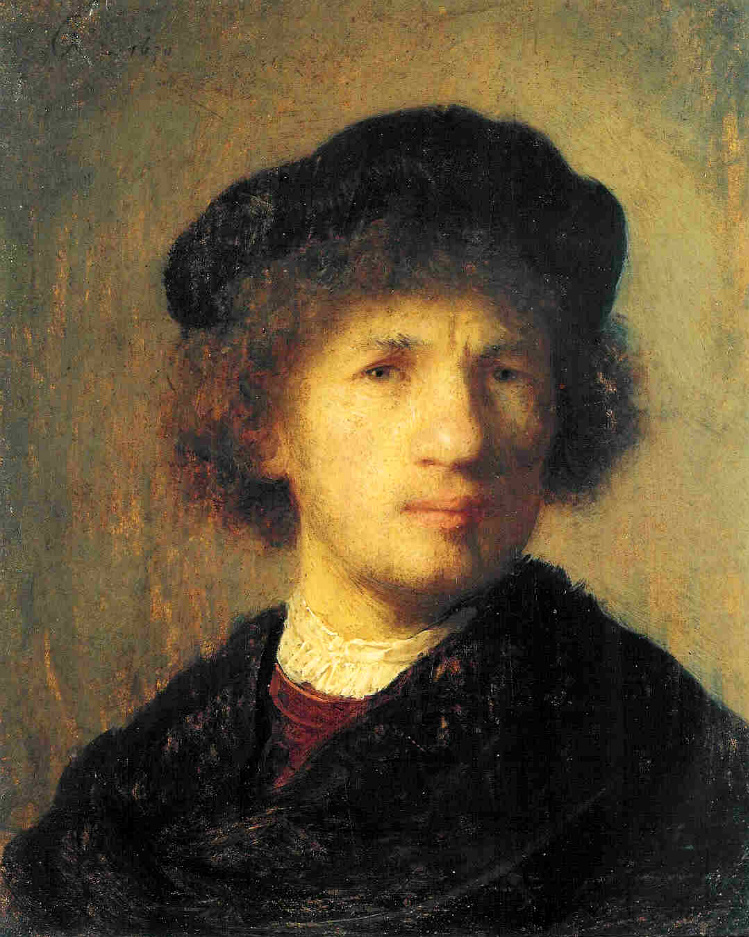 Finally the Swedish government with an aid of the FBI caught eight criminals. Each crook was sentenced up to six and a half years in prison for being involved in the theft of the three paintings. All of the three paintings were recovered separately and are now restored at the National Museum Stockholm. The Rembrandt now rests in a bulletproof glass case with security cameras to help ensure that it never leaves the museum again.

8. The Collection by Stephane Breitwieser – 2001 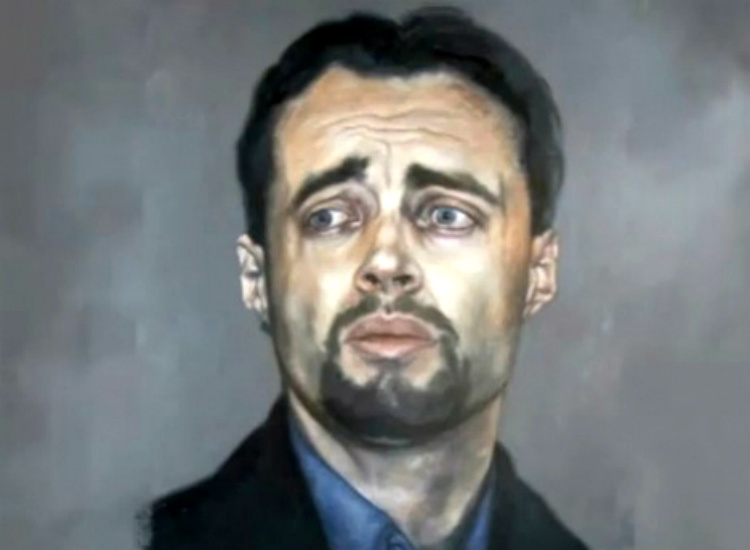 Can anyone imagine a waiter being involved in as many as 200 art thefts? Everyone will have their doubts but then there is the French waiter Stephane Breitwieser, a man who is collected artifacts worth $1.4 billion from various European museums. In 2001, Breitwieser was caught red-handed, trying to steal a bugle in Switzerland. Caught by authorities, Breitwieser confesses to all his crimes. But when his mother learned of his arrest, she does what any good mother would do: She chops up the paintings and throws the artifacts into a canal. 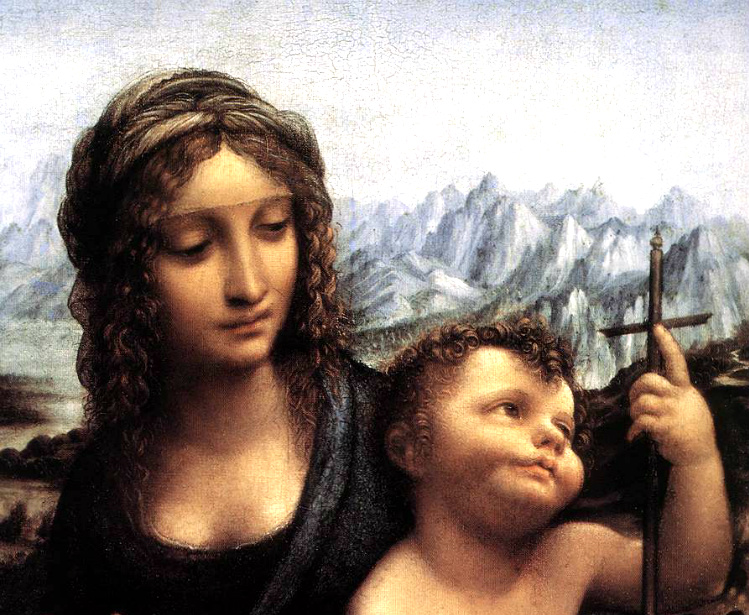 A good disguise always works, apparently even for criminals. Take the crooks who stole the Madonna of the Yarnwinder by Leonardo Da Vinci. The two crooks entered the Scotland's Drumlanrig Castle with a group of tourists, overpowered a guard, and took off with the famous painting. Since alarms around the art do not set off during the day, the thieves managed to convince the other tourists from intervening, telling them: “Don't worry . . . we're the police. This is just practice.” Although the thieves were never caught the painting was recovered in 2007. 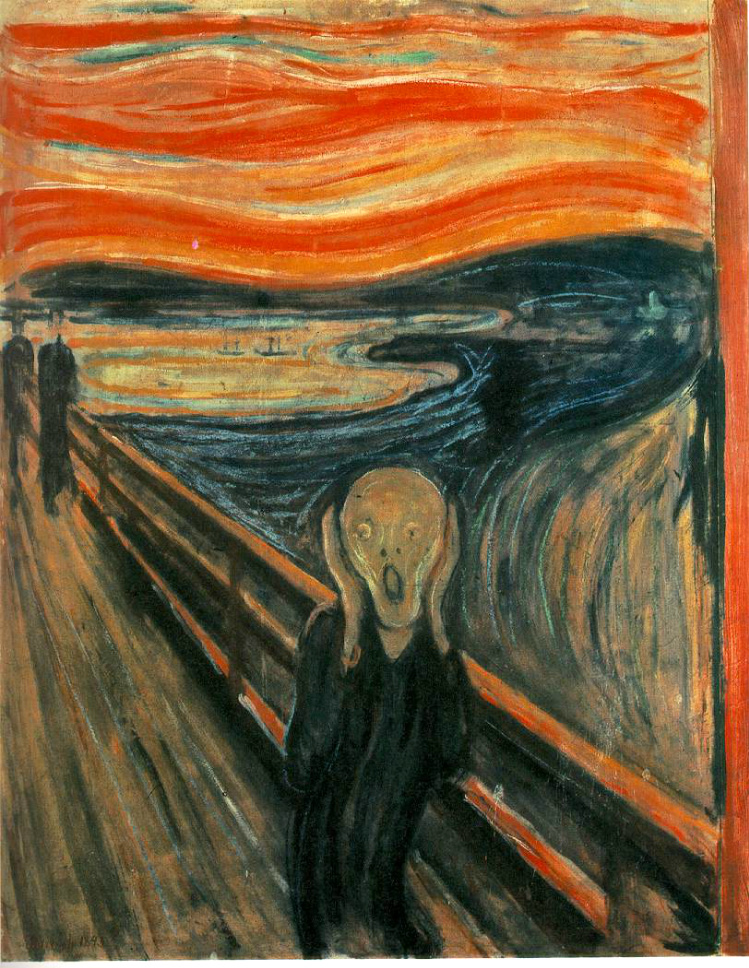 In 2004, two masked and armed men barged into the Munch Museum and threatened its workers at a daring daylight theft. The thieves got away with a pair of Munch’s famous paintings, The Scream and The Madonna. The ballpark figure of both paintings was a 100 million Euros, combined. In May 2006, authorities arrested and sentenced three men who were said to have played a part in the crime. The accused received 4-8 years in jail, and the two paintings were recovered three months later.