10 Last Will and Testament Of The Rich And Famous

While the purpose of the last will and testament is to set the last affairs right, some people use it to get the last laugh. These people might use their graves speaking out their mind or expressing their emotions about a certain someone. Like in the case a man left his employer a shilling to buy a book on manners.

While most wills set the persons financial affairs right, after they’re dead, many just use it to mock their relatives or in some case, the people in general or the government. And while some wills are contested by family, friends or the court, others are just left as they are.  Here are some bizarre last wills and testaments of some of the rich and famous.

The famous Roman poet known for his works – the Eclogues or Bucolics, the Georgics, and the Aeneid, Publius Vergilius Maro or Virgil influenced the Western literature mainly by his epic work on the Aeneid. Virgil was the son of a wealthy landowner, who let Virgil study mathematics, medicine, rhetoric and law, but the young Virgil turned his talents towards literary arts and poetry. 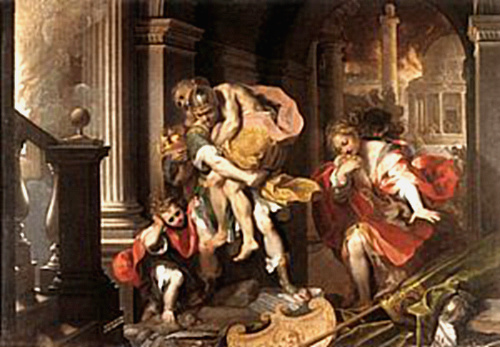 His greatest accomplishment would have been the Latin poem, Aeneid that tells the story of a legendary Trojan, Aeneas. However, Virgil died before he could have completed or edited his poetry to completion. Around 19 BC, in order to revise the Aeneid, Virgil travelled to Athens to meet Emperor Augustus. However on his journey back to Italy, he caught a fever and died. His last wish was to his literary executors to burn the Aeneid, which was opposed by Augustus, who ordered the work to be published with minimum changes possible. The Aeneid is said to be the best of the literary works by Virgil.

The English dramatist and poet William Shakespeare was the author of the most widely admired and influential body of literature by any individual in the history of Western civilization.  His work comprises of 36 plays, 154 sonnets, and 2 narrations. Knowledge of Shakespeare is derived from two sources: his works and those remains of legal and church records and contemporary allusions through which scholars can trace and the external facts of life. 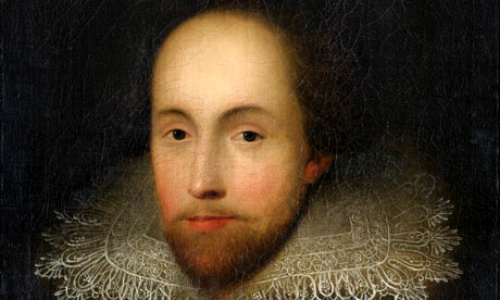 Last Wish: Bequest his “second best bed” to his wife.

Although the National Archives state that “beds and other pieces of household furniture were often the sole bequest to a wife”, the last will of William Shakespeare raised much speculation over the relationship he shared with his wife. By law, his wife was entitled to one third of his estate, but Shakespeare scarcely mentioned his wife in his will, leaving his large estate to his eldest daughter, Susanna with an instruction that she pass it down intact to her first son. His will even deprived his youngest daughter, Judith. Shakespeare direct line ended as all of his grandchildren died childless.

The English novelist who was considered the best of the Victorian period, Charles Dickens took pleasure in the wide popularity he received in his lifetime. Dickens still remains widely popular in his novels and characters, especially in his novel David Copperfield, which was an autobiography derived from events of his own life. Charles Dickens was the second of eight children born to Elizabeth and John Dickens. His break came when his grandfather left him £450, eventually leading him to study at the Wellington House Academy in North London. His most famous works include Oliver Twist, A Tale of Two Cities, The Pickwick Papers, Nicholas Nickelby, Great Expectations and A Christmas Carol to name a few. 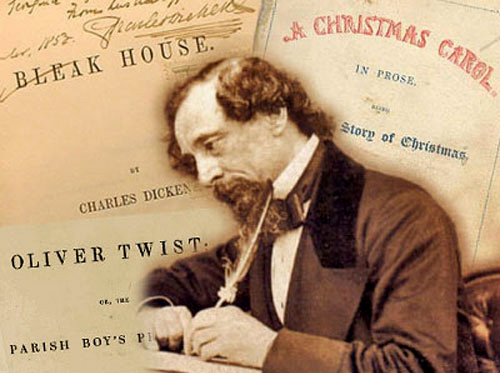 Last Wish: To be buried at Rochester Cathedral “in an inexpensive, unostentatious, and strictly private manner” and that the mourners “who attend my funeral wear no scarf, cloak, black bow, long hatband, or other such revolting absurdity.”

Although he wished to have a small quiet funeral, Charles Dickens last wishes were side-lined and he received a grand funeral and was buried in the Poets’ Corner at the Westminster Abbey. Dickens died of a stroke he suffered, a day prior to his death. He never regained consciousness. His funeral was a national event. Opposed to getting what he wanted in life, Dickens did not get his last dying wish.

The Irish playwright, critic, political activist and co-founder of the London School of Economics, George Bernard Shaw mainly wrote in black comedy and in a mocking manner. His greatest achievement was his play, the movie Pygmalion, for which he received both an Oscar and a Nobel Prize. 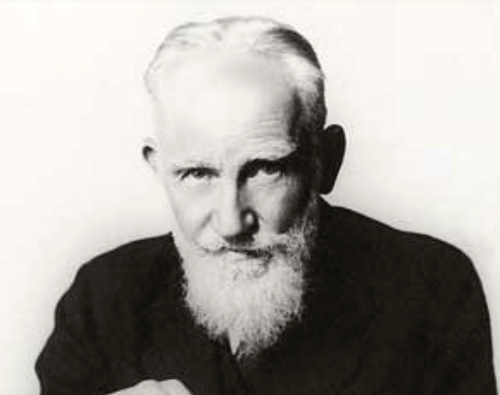 Last Wish: Shaw disapproved of a religious service and ordered that his memorial should not “take the form of a cross or any other instrument of torture or symbol of blood sacrifice.”

It is hard to define Shaw’s religious beliefs and it might be said he held no religion, yet he followed the best out of every religion. In his last will and testament, Shaw spoke about his religious beliefs that his “religious convictions and scientific views cannot at present be more specifically defined than as those of a believer in creative revolution.” 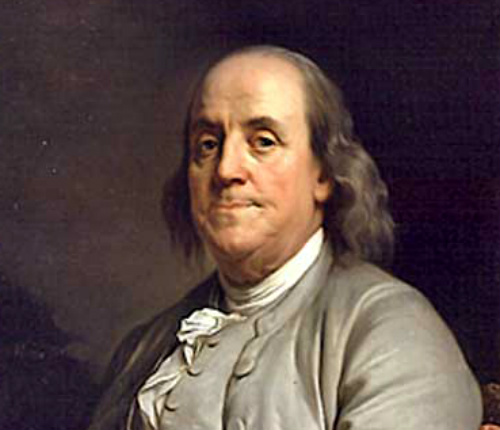 relationship advice for women from men

er, to withhold her from “the expensive, vain, and useless fashion of wearing jewels.”

This last will and testament came when Benjamin Franklin gave his daughter, Sarah Bache the portrait of the King of France. The portrait had its frame studded with 408 diamonds, which was the reason why Franklin made it clear in his will that his daughter shall not be removing the diamonds from the frame in order to make jewelry for herself or her daughters.

Probably one of the most famous celebrity family, John B Kelly was the father of the actress Grace Kelly. Also known as Jack Kelly, he was one of the most successful oarsmen in the history of rowing sports. The triple Olympic gold medal winner, Kelly’s fame is comparable to that of Babe Ruth and Jack Dempsey. 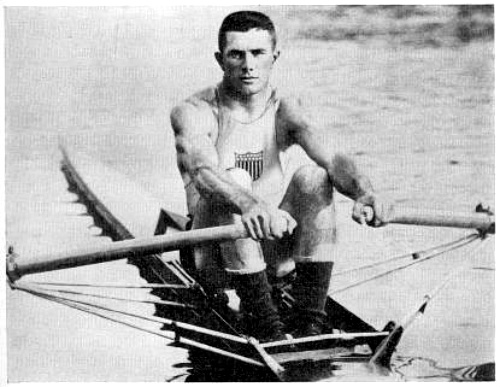 Last Wish: A word of advice to his son-in-law that his daughter’s clothing bills not bankrupt the principality of Monaco.

He left his sons-in-law nothing, saying that if they are right type, they will tend for themselves and their families. John Kelly Sr. left all his personal belongings to his son John Jr. Kelly’s last will and testament showed his good sense of humor. The most amusing collections of his will are:

[To my son John,] all my personal belongings, such as trophies, rings, jewelry, watches, clothing and athletic equipment, except the ties, shirts, sweaters and socks, as it seems unnecessary to give him something of which he has already taken possession.

The American magician, escapologist, stunt performer, actor and film producer, Houdini was born in Hungary, to Rabbi Mayer Samuel Weisz and Cecelia, Houdini was one of the seven children. Beginning his career in 1891 as a magician, he performed in dime museums and in side show in various circuses. He married his fellow performer Wilhelmina Beatrice Rahner. 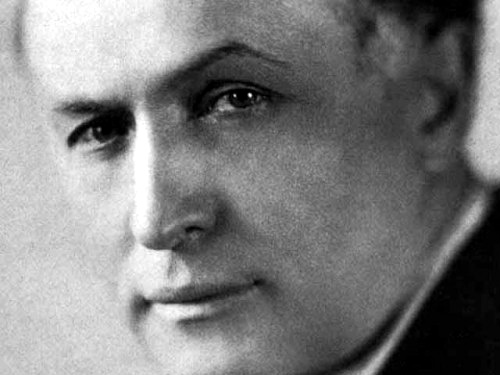 Last Wish: His wife should hold an annual séance in order to reveal himself to her.

After the death of his mother, Houdini became deeply involved in spiritualism. After years of trying, he gave it up but left it as his last will for his wife in a secret note with 10 randomly selected words. Despite promising his wife that he would communicate with her after death, Houdini never turned up while his wife gave up trying after holding it for 10 years.

The French military and political leader of the post French Revolution era, Napoleon Bonaparte was born in Corsica. His parents were from a noble Genoese lineage and trained their son as an artillery officer in mainland France.  Napoleon brought France at a secure dominant position in continental Europe. 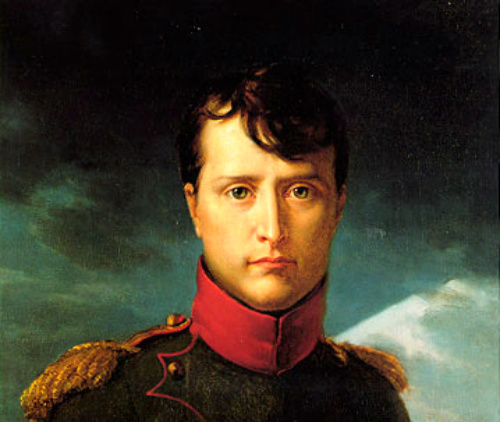 Last Wish: His friends have his head shaved and their hair divided up amongst them.

This brought a strange twist in events, Napoleon’s hair were kept by his friends as he asked but a recent study revealed that his hair contained large amounts of the poisonous chemical. This led to the belief that the walls of his confinement had arsenic and led to his death. For a fact, Napoleon died of stomach cancer since his doctor was poisoning him that added to his death.

The American newspaper magnate and newspaper publisher, William Hearst was the son of the self-made billionaire, George Hearst. The owner of The San Francisco Examiner sold the company to George Hearst as a payment to a gambling debt. William Hearst, on knowing of the change in the company’s possession, asked his father to let him run the paper. He eventually built the newspaper company in a multi-million dollar empire. 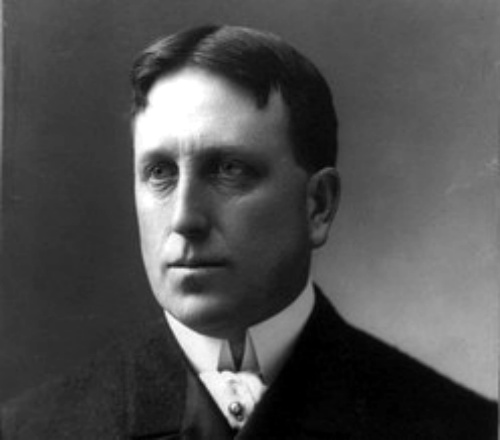 Last Wish: Anyone who can prove that if “he or she is a child of mine [receive] the sum of one dollar. I hereby declare that any such asserted claim […] would be utterly false.”

Hearst was the grandfather of the Stockholm syndrome patient, the heiress Patty Hearst.

The American lawyer and educator, John Bowman was the great grandson of the famous Virginia colonists George Bowman and Jost Hite. He is known as the founder of the Kentucky University and the Agricultural and Mechanical College of Kentucky. 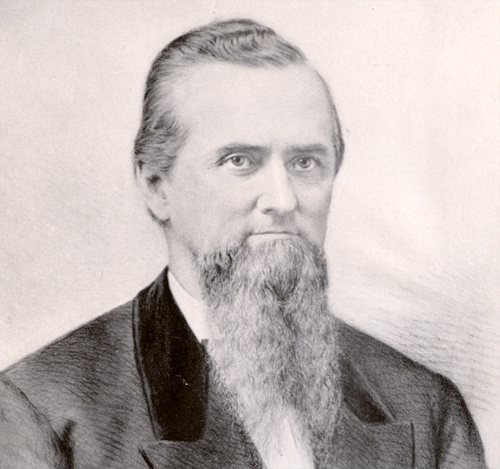 Last Wish: For his servants that dinner is to be prepared each night, even after his death in case he comes back to life.

John Bowman’s wife and his two daughters died before him, convincing him that when he died his whole family would come back to life. This bizarre belief led him to set up a trust worth $50,000, which would pay servants to still keep running the usual house chores. His will also requested that the meals be cooked daily, just in case his family arrives hungry. The odd will was honored and his house chores kept running until the trust Bowman set ran out of funds in 1950.

Here are some of the last words by some the rich:

For getting information on what is bankruptcy in actual and how to avoid that situations, Contact bankruptcy attorney Arlington.