What is wrong with these people? That’s probably the first thing that comes to a decent mind. But these people pull these wacky and weird stunts, they have a reason and it’s none other than the Guinness World Records that makes them go an extra mile in their weirdness. 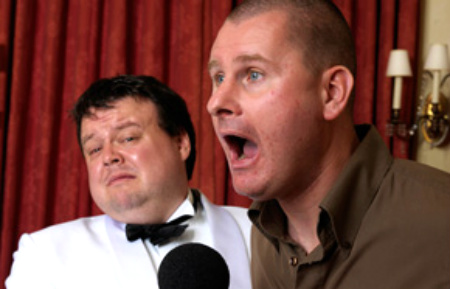 Now this is disgusting, makes me want to throw up. Paul Hunn from Great Britain performed the loudest burp with an intensity 118.1 decibels. The intensity of the burp can be compared to, let’s say a pneumatic drill or an airplane taking off. Let’s hope no one else tries to break this record as for Paul himself, he can’t indulge whenever he fancies. The loudest burps occur only when Mr. Hunn eats spicy food and sucks in a lot of air. For something gross as this, it actually requires a lot of hard work for just a burp. 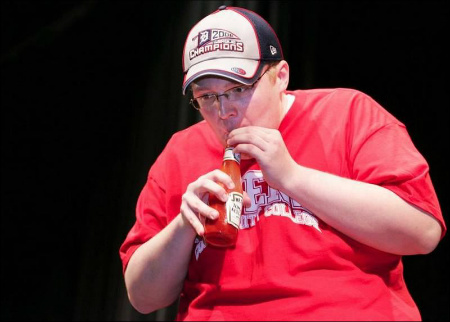 How can anyone even come up with a stunt like that? Sure beats me! Dustin Phillips from California is the record holder of drinking ketchup faster than we can imagine, saying the least. Draining 90% of a 14 ounce ketchup bottle in just 33 seconds using a straw, Mr. Phillips now proudly holds his title of the “Fastest Tomato Ketchup Drinker”. Well it is a perfect combination at a fast food restaurant, having burgers and draining it down with ketchup. 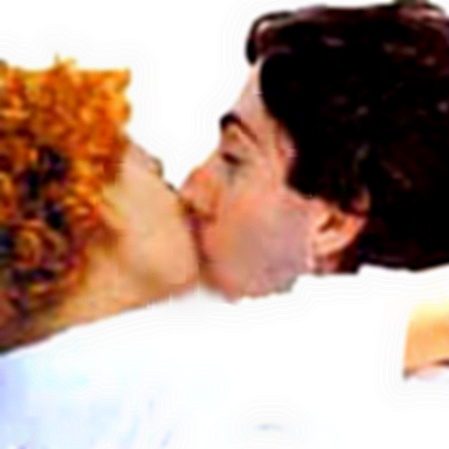 Love can last forever – but a kiss? How long can that last. Tell that to the Israeli couple from Tel Aviv who spend not one, not two but exactly 30 hours and 45 minutes in April 1999. The couple did not even take a single break. Sigh! And they say love is dead. The record holders Karmit Tzubera and Dror Orpaz not only got their names in the Guinness Book of World Records but were remarkably compensated with a trip around the world. 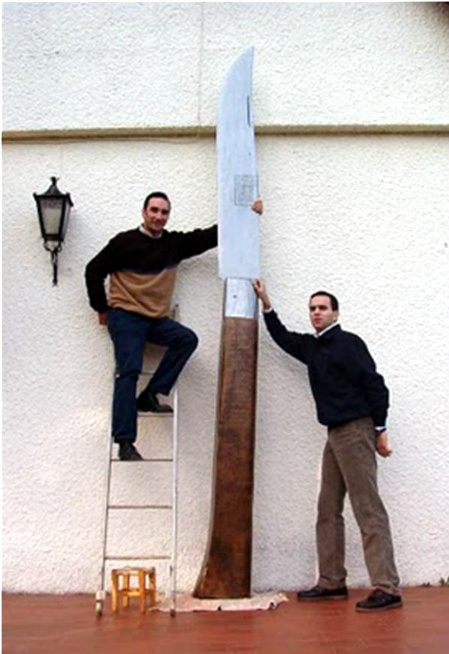 Designed by Telmo Cadavez and handmade by Virgilìo, Raúl and Manuel Pires of Portugal in Jan. 9, 2003, the world’s largest pocket knife is a marvel. The knife measures 3.9 meters when opened and weighs 122 kilograms in total is an extraordinary creation, except a tiny bit of a flaw – who will be pocketing it? 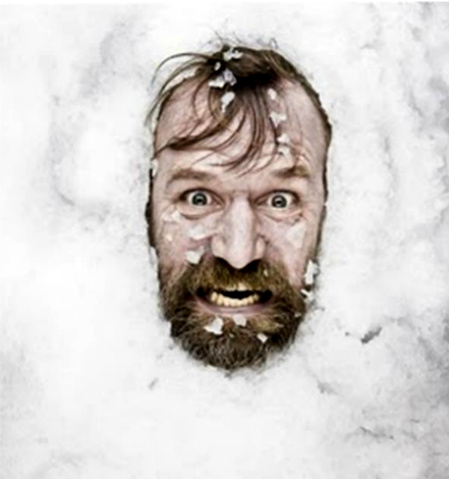 This insane record was set by Wim Hof from the Netherlands on January 23, 2009. Checking how long his body can withstand the below freezing point temperature, Mr. Hof spent exactly 1 hour 42 minutes and 22 second

s precisely without any clothes buried in the ice. Talk about being crazy!

5. Fastest on all fours

This would have been fun to watch, the “fastest 100m running on all fours” record was set in Tokyo, Japan at Setagaya Kuritsu Sogo Undojyo on November 13, 2008. 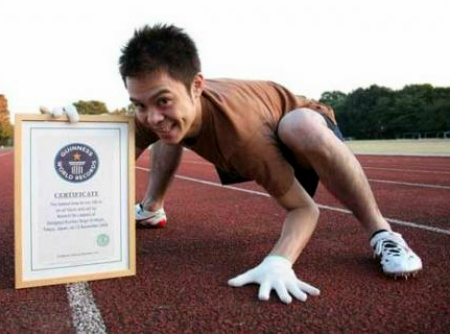 The record was attempted as a part of the Guinness World Record (GWR) Day and was set by Kenichi Ito, who ran 100 meters on all fours in just 18.58 seconds.

Leslie Tipton wasn’t joking when she said she could pack herself on September 14, 2009 in New York, USA on the LIVE! with Regis & Kelly show. While many of us were skeptical of how she’ll manage to fit into a suitcase, she actually made a record out of it. 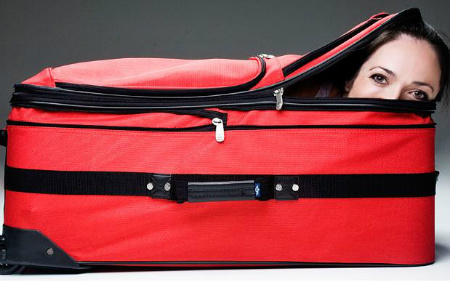 Leslie Tipton, belonging from San Francisco, USA fit herself perfectly into a zipped suitcase in just 5.43 seconds. With her feat, she has made it to the top list of extraordinary Guinness Records.

Accomplished at the Lo Show Dei Record, in Milan, Italy, on 18 April 2009, Rolf Iven from Regensburg, Germany set a record of the “longest distance walking over hot plates”. 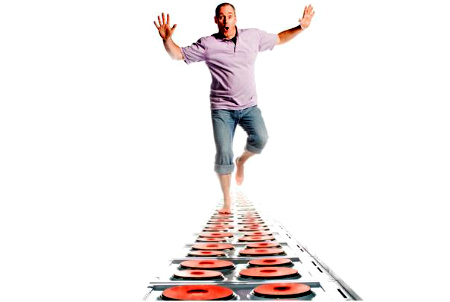 Rolf Iven walked 22.90 m (75 ft 1 in) barefooted, a distance that was lined with hot plates. We do wonder how many seconds or minutes his feet could withstand the heat before screaming “I’m burning, I’m burning!”

The man with the Iron Skull is how I’d like to call him. John Evans is no doubt a smart man. As seen from a technical mind, he actually found the car’s center of gravity when he managed to balance a Mini on his head in London, May 1999. 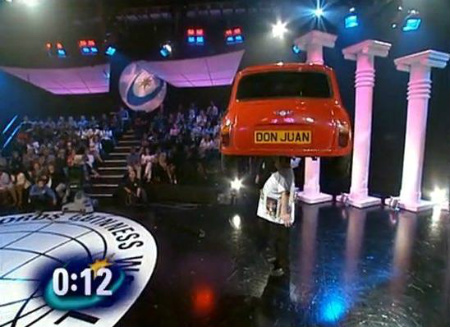 The car which weighed 352-pound stood on John Evans head for exactly 33 seconds and didn’t tip off. The record is so incredible that no one since then has ever even tried to break it.

Well people have strange hobbies, from crazy body piercings to insane tattoos. But that’s all supposed to come in the wild, reckless age. However, Isobel Varley from the United Kingdom proved us all wrong when she appeared on the set of Lo Show dei Record, in Milan, Italy, on 25 April 2009. 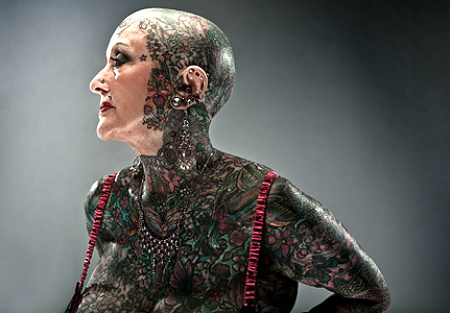 Isobel Varley grabbed the record for the “most tattooed senior citizen”, when she flashed her bodice 93% of which was covered in tattoos.