10 Craziest Lawsuits Of All Times

No job can be as boring as working for an insurance company, with all their claims, dry stats, boring facts to remember and then all topped with piles of paperwork. However, there are sometimes that these companies face a hilarious situation, sometimes the situation might look funny but the insurance guys won’t think so.

The craziest of claims filed by these people, the companies might have to work very hard to fill in the gaps so as not to give the most insane people a chance to make a few extra cash with their own stupidity and obnoxious stunts.

10. Tripping over your own toddler 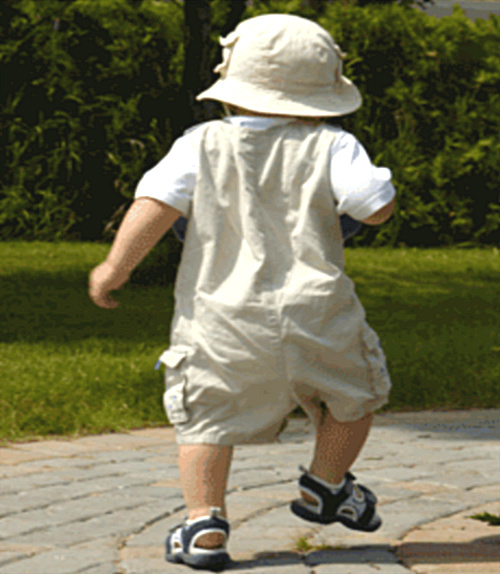 Kathleen Robertson of Austin, Texas actually won this case and was awarded $80,000 by the jury, which of course was comprised of her peers and friends, for tripping over a toddler and breaking her ankle. The toddler was running inside a furniture store. The store owners were baffled when the final verdict was read out. That is understandable so, for the running toddler was Robertson’s own son. Maybe the store should now place a rack where customers must deposit their little ones. 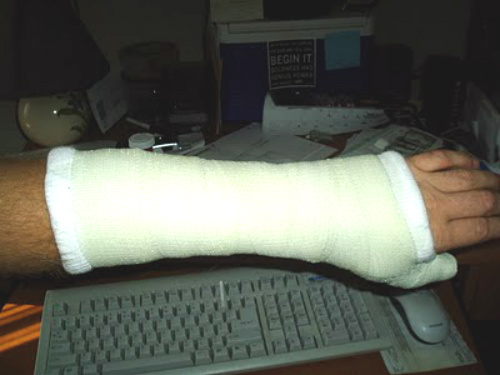 How the justice system of Los Angeles California works? We have no idea. 19 year old Carl Truman actually bagged $74,000 plus medical expenses when his neighbor ran over his hand with a Honda Accord. Apparently Truman didn’t notice the moving car or even noticed that there was someone behind the wheels, for he was too busy trying to steal his neighbor’s hubcaps.

8. Even robbers are compensated 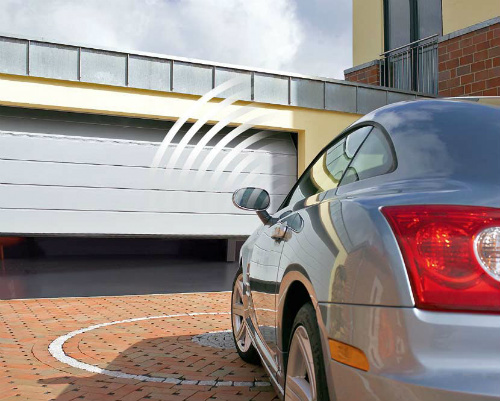 Terrence Dickson of Bristol, Pennsylvania, had just burglarized a house and was leaving by the way of the garage. Sadly for Dickson, the automatic garage door opener of the house needed to be repaired and so Dickson could not escape as planned. Even worse was the fact that he couldn’t go back into the house because Dickson pulled the door, connecting the garage to the house, shut. Probably the owners of the house had gone on a vacation for Dickson was stuck in the garage for eight days, with a very few rations namely a case of Pepsi and a large bag of dry dog food. Soon as he got out, Dickson sued the homeowner’s insurance company claiming excessive mental anguish. Amazingly, the jury agreed with Dickson and the insurance company had to pay $500,000.

7. You get what you deserve 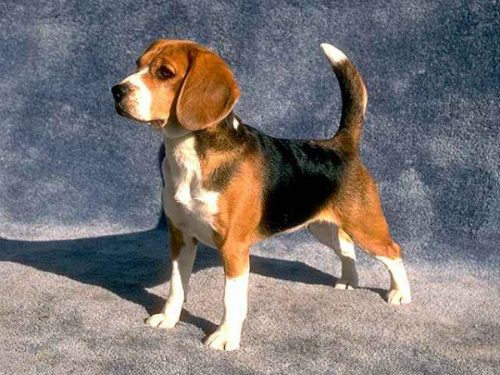 This guy’s case actually won him 4th place in the Stella’s Awards. Jerry Williams from Little Rock, Arkansas, was awarded $14,500 plus medical expenses for being bitten on the butt by his next door neighbor’s pet beagle. Although the beagle was said to be chained in its owner’s “fenced yard”, Williams still filed a claim but did not get as much as he desired for obvious reasons. The jury knew that the beagle have been provoked prior to biting Williams in the butt because Williams had climbed over the fence into his neighbor’s yard and repeatedly shot the dog with a pellet gun. 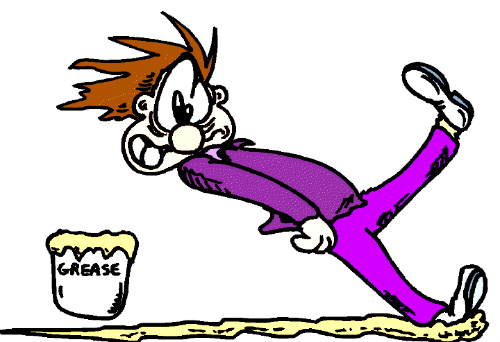 Amber Carson of Lancaster, Pennsylvania, was paid $113,500 by the restaurant on the orders of the jury because Carson slipped over a soft drink spilled on the restaurant floor and broke her tailbone. The restaurant was obviously shocked at the verdict because Ms. Carson herself had thrown the drink at her boyfriend 30 seconds earlier during an argument. We all know that restaurants have to have quick service but 30 seconds is insane! Whatever happened to people being responsible for their own actions?

5. Pay with your teeth 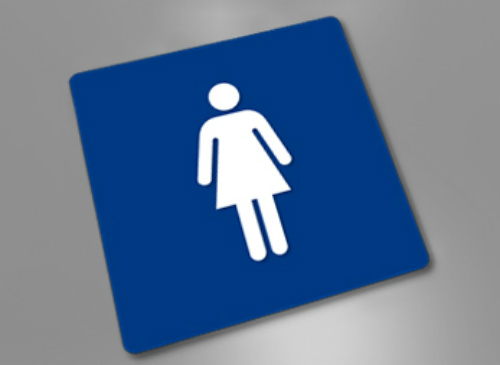 Kara Walton of Claymont, Delaware, sued a night club owner of a nearby city after she fell from the bathroom window to the floor, knocking out both her two front teeth. Wonder what got the jury to decide against the club owner because Ms. Walton was trying to sneak outside, through the ladies bathroom window to avoid the $3.50 cover charge. The jury gave the verdict that the night club had to pay her $12,000 plus dental expenses. 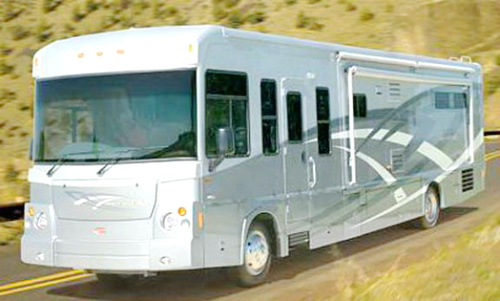 Mrs. Merv Grazinski of Oklahoma City, Oklahoma, purchased a new 32-foot Winnebago motor home. However, on her first trip home, from an Oklahoma University football game, she set the cruise control at 70 mph on the freeway, leaving the driver’s seat to go at the back of the Winnebago for a sandwich. It didn’t come as a surprise when the motor home left the freeway, crashed and overturned. Predictably, Mrs. Grazinski sued Winnebago for failing to give this useful information in the owner’s manual. Naturally the Oklahoma jury awarded her with $1,750,000 and a new motor home. To avoid further confrontations with such insane customers, Winnebago actually changed their manuals. 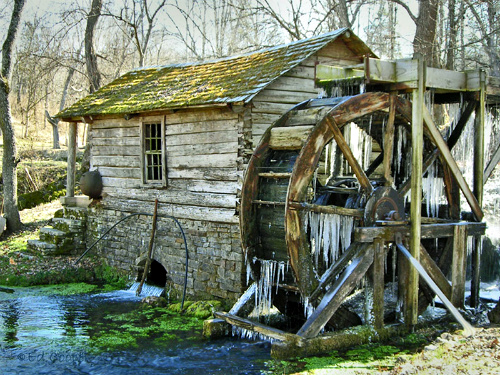 While shopping one day in Reeds Spring, Missouri, Sally Stewart tripped on a pothole. While trips she did, she didn’t take it too well and sued the friendly small town, which consequently filed for bankruptcy as they didn’t have enough money to pay her award. The poor people!

A lawyer from Charlotte, North Carolina bought a box of very expensive and rare cigars and got them insured against casualties that included fire. In just one month, the lawyer smoked his entire stock of cigars. Without even having paid his first premium payment, he filed a claim with his insurance company. 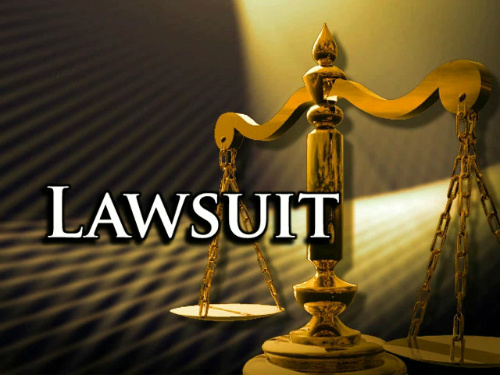 However, as soon as the lawyer cashed his check to the claim, the insurance company got him arrested on 24 counts of Arson! The lawyer’s own insurance claim and testimony from the earlier case was used against him. The lawyer was convicted of intentionally burning his insured property and sentenced to 24 months in jail with a $24,000 fine.

McDonalds might have by now set a record with all the lawsuits filed against them but no lawsuit can be as crazy as the one filed in 1992 by the then 79 year old Stella Liebeck. Liebeck filed the claim stating that McDonald’s coffee scalded her as she tried to take off its lid to put in cream and sugar, while sitting in the passenger seat of her grandson’s car. She received third degree burns over 6 percent of her body, which resulted for her to be hospitalized for 8 days, undergoing debridement treatments. 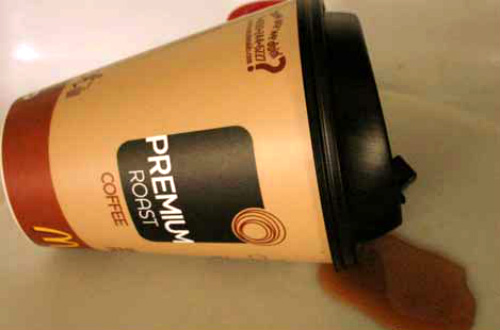 Liebeck later sought to settle her claim for $20,000, but McDonalds refused and so the case went to court, where it was showed that around 700 people had filed claims against McDonalds for being burned by their coffee. The jury awarded Liebeck ten times more than she asked for, $200,000 as compensatory damages but the amount was reduced to $160,000. The jury also awarded Liebeck $2.7 million in punitive damages, an amount equal to the then two days of McDonalds’ coffee sales. The two parties settled their scores outside the court. Personal injury attorney in Philadelphia offers legal assistance for various legal cases.