10 Most Famous Pirates In History

Watching Disney’s Pirates of the Caribbean gave us an idea of how pirates used to be like. But turning the clock back in time, not all pirates were as charming and harmless in fact like Captain Jack Sparrow.

No one knows her complete life story but, Irish-woman Anne Bonny was there as the most respected and famous female pirate. Born to an Irish family who moved to North America, Anne bonny was disowned by her considerably rich father when she married a poor sailor and pirate named James Bonny. 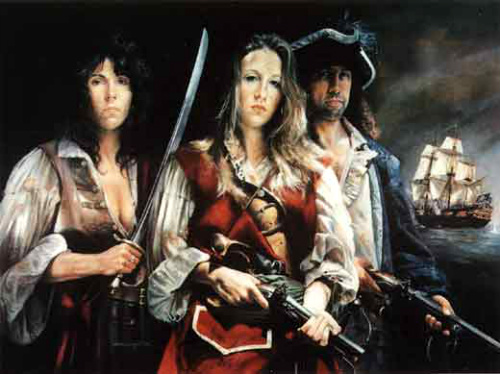 After being disowned by her father, Anne Bonny and her husband moved to Bahamas, but her marriage didn’t last long and she ran away with pirate Mary Read and another known pirate John “Calico Jack” Rackham, and joined the crew of Revenge. Anne Bonny never disguised herself as a man and was very competent and fierce in combat. She was captured along with all the crew of Revenge, however; there are no records of her death.

Often called “the gentleman pirate”, Stede Bonnet belonged to a wealthy English family at Barbados. In 1717, Bonnet decided to turn to piracy due to his failing marriage and despite having any experience as a sailor he bought a vessel, which he named Revenge. 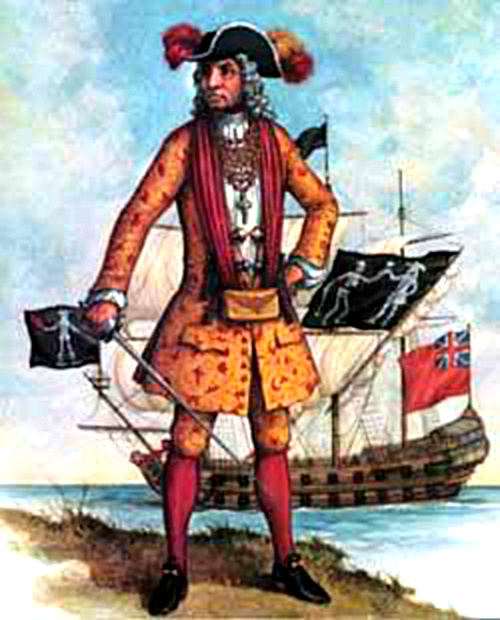 In 1718, Bonnet was pardoned by North Carolina governor Charles Eden and received clearance to go privateering against Spanish ships. Although Bonnet was tempted to resume his piracy, he also wanted to keep his pardon. Therefore, he adopted the alias “Captain Thomas”, changed his ship's name to Royal James and returned to piracy in July 1718. However, he was caught on October 24, 1718 and this time received no pardon. Bonnet was hanged in Charleston on December 10, 1718.

A son of a fisherman in Hong Kong, Cheung Po Tsai was kidnapped at the age of 15 by a pirate couple. He was adopted by his kidnappers and was later handed down the pirating business by his adopted parents. Cheung Po Tsai operated along the Guangdong coastal area during the Qing Dynasty. It is said that he had over 50,000 followers and his fleet possessed 600 ships. 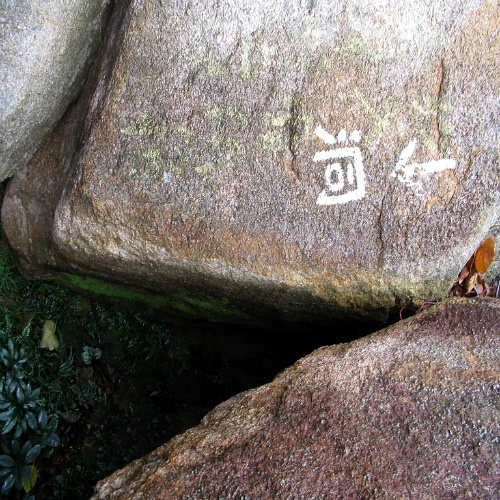 In 1810, Cheung Po left piracy and joined a captain in the Qing imperial navy, where he spent rest of his life in a very comfortable government position. Cheung Po is mostly infamous for a legend about his hidden treasure. Although never found, it is still rumoured that his treasure is hidden in the Cheung Po Tsai cave in the Cheung Chau island.

His real name was Edward Seegar, Edward England was a pirate during 1717 to 1720 where he robbed the ships in the Indian Ocean off the African coast. England entered into pirating when he kidnapped and forced into piracy by the pirate captain Christopher Winter, who forced him to join the crew. 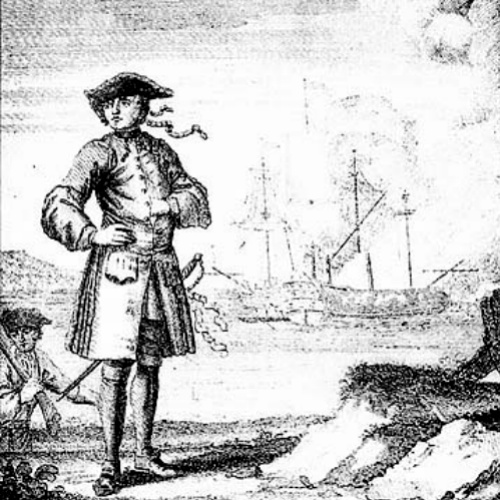 England acquired the command of the stolen vessel, The Royal James and renamed it as the Pearl. He was later thrown out of his ship by his quarter-master on Mauritius with two other crew members. He died begging for food at the end of 1720.

The Scottish sailor who started his career as a privateer and a pirate hunter, William Kidd was given the command of the ship called Adventure by the governor of New York and Massachusetts, Sir George Bellomont.  He was given the task of hunting down pirates in the Red Sea. 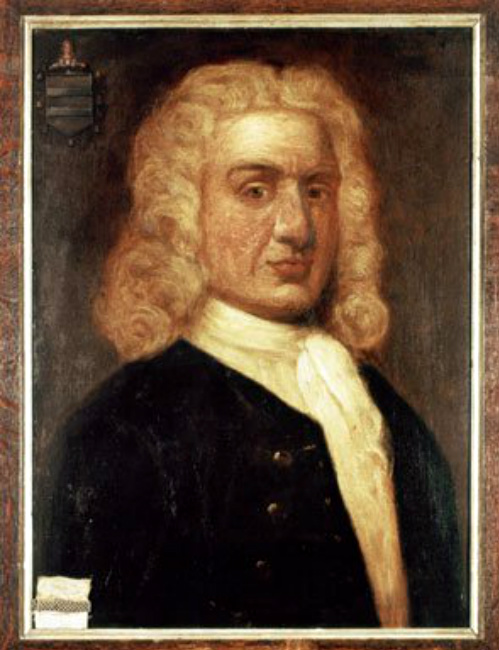 Troubles began when Kidd was forced to recruit his own crew, as his best crewmen left for the Royal Navy. The new crew turned out to be full of smugglers and old pirates. Resisting at first, Kidd finally gave in the pressure put down by his new crew and carried out his first and last act as a pirate. In 1698, he captured a treasure ship owned by the British East India Company and renamed the ship Adventure Prize. William Kidd was arrested and in 1701, he was trialed and sentenced to death.

Known as the Rhode Island pirate, Thomas Tew was another English privateer-turned-pirate. He was the commander of the ship Amity, which w

as provided to him by his supporters in Bermuda. Tew struck it rich on his first strike, when he captured a large ship in the Red Sea, en route to the Ottoman Empire from India. The ship was carrying worth £100,000 in gold and silver alone. 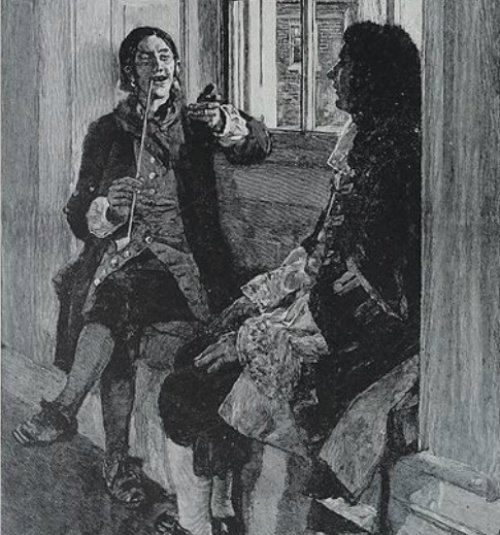 His second journey ended up in a disaster, when the Amity tried to overtake the Mogul ship, Fateh Muhammad, at the Mandab Strait in 1695. Thomas Tew was blasted off by a canon and his crew, demoralized by their captain’s death, surrendered immediately.

The captain of four ships, namely the Cadogan, Buck, Saint James, and Rover, Howell Davis was a well known pirate even though his career lasted for only 11 months. The Welsh captain is also famous for bringing up Bartholomew Roberts, who served Davis as a navigator.

Davis became a pirate when the slave shi 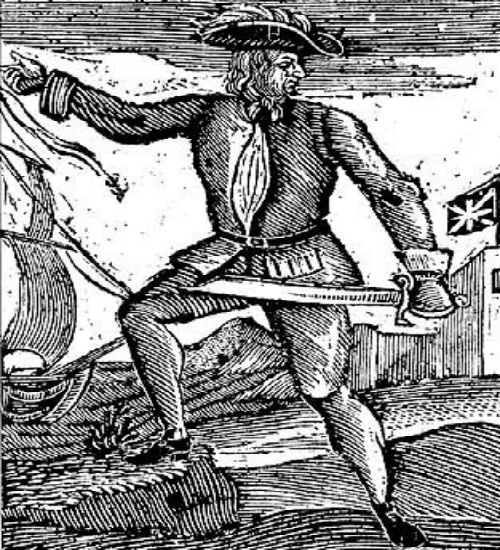 Cadogan, where he was serving as a mate, got caught by pirate Edward England. Deciding to join, Davis was given the command to the ship. Howell Davis, unlike other pirates did not use strength but used trickery and deception. One of his greatest feats was the capture of the commander of the Royal African Company slaving fort for ransom. Davis pretended to be a legitimate privateer and deceived the commander by inviting him for dinner. Davis shot dead on June 19, 1719, when he was trying to kidnap the governor of the Portuguese island of Príncipe.

The English privateer who turned to piracy in 1716, Charles Vane was known to prey upon English and French ships only. With his flagship, Ranger, Vane set his base in Bahamas and was known to be cruel not only to his enemies but also to his crewmen, cheating them off their fair share. In February 1718, Vane was cornered by Vincent Pearse, commander of the HMS Phoenix, where he accepted royal pardon but was back on his sinister ways as soon as he was free. 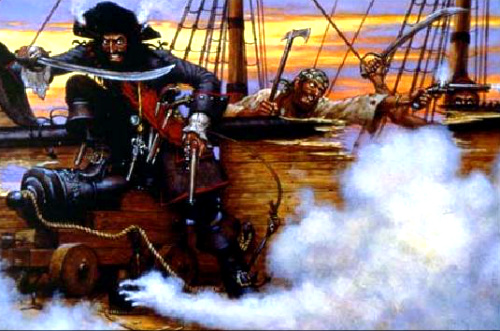 After a narrow escape from the royal navy, which set out to oversee the pardon, Vane’s crew voted him off from captaincy replacing him by his quartermaster Calico Jack Rackham. Vane, however, clawed his way back on top of piracy ranks by seizing much larger ships. After quite a long and aggressive career in piracy he was finally captured and executed in 1721 by hanging at Gallows Point, Port Royal, Jamaica.

His real name was Edward Teach, better known as Blackbeard – the notorious English pirate who terrorized the waters of the West Indies and the eastern coast of the American colonies from 1717 to 1718. Teach came under the apprenticeship of Benjamin Homigold in 1716. But he quickly acquired his own ship, the Queen Anne's Revenge. His alias, Blackbeard, was derived from his thick black beard and formidable appearance. With an alliance of pirates, he successfully ransomed the inhabitants of Charleston, South Carolina. 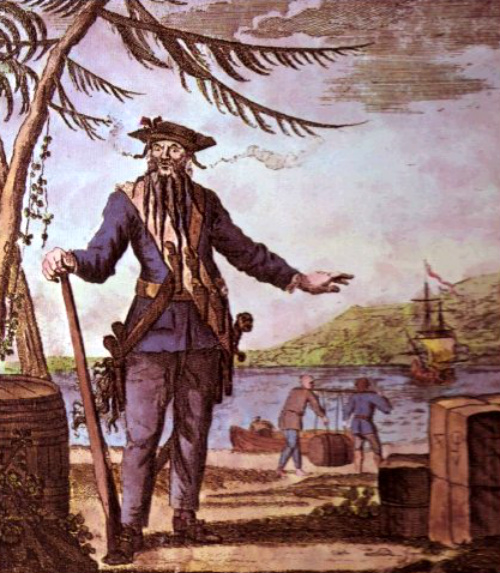 Although Teach accepted a royal pardon, he was soon back up on the sea which led the Governor of Virginia, Alexander Spotswood to send a party of soldiers to capture the pirate. On 22 November 1718, a ferocious battle took place where Teach was killed by a small force of sailors led by Lieutenant Robert Maynard.

His real name was John Roberts and was the most successful pirate of the Golden Age of Piracy. Estimated to have captured over 470 vessels, the Welsh pirate terrorized the seas between America and West Africa from 1719 and 1722. With very little details about him, it is known that Roberts took to sea at the age of 13. 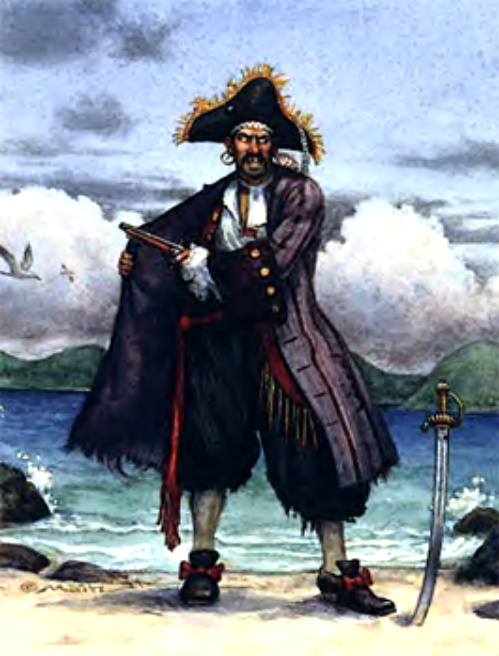 He took to piracy in 1719, when the slave ship he was working for as a third mate came under attack by two pirate ships, the Royal Rover and the Royal James, led by captain Howell Davis. Davis took a fancy to the young Welsh and on discovering his abilities as a navigator and took to consulting him. When Captain Davis was killed, the ship chose Bartholomew Roberts as the captain of the Royal Rover. Roberts died while battling with HMS Swallow, commanded by Captain Chaloner Ogle in February 1722. And as by his command, the pirates threw their captain’s body into the sea so the royal navy could not get hold of him even after death. His death came as a shock to the pirate-world as well as the Royal Navy, for all considered him to be invincible.