Where fame has a lot of plus points, it comes with a down side. Although every celebrity has a fan listing, but there are a few who face with their worst nightmare – a stalker. And where some might be harmless, limited to following their favorite celebrity around, others might turn their admiration to a deadly obsession. Here is our list of the infamous celebrity stalkers, some of whom are serving jail terms for murder. 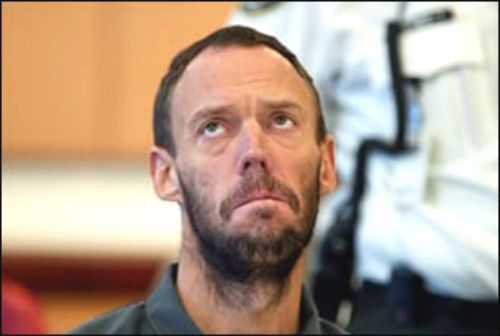 The 40 year old homeless man, William Lepeska swam across the Biscayne Bay to get to his celebrity lover, tennis star Anna Kournikova. What seemed a harmless act to Lepeska, got him arrested. William Lepeska swam through the bay in hopes to reach the tennis star’s Miami Beach house, but was caught on her neighbor’s property where he was roaming naked. The stalker, much to the humiliation of Ms. Kournikova, was ordered to stay away from the tennis star’s entire neighborhood. 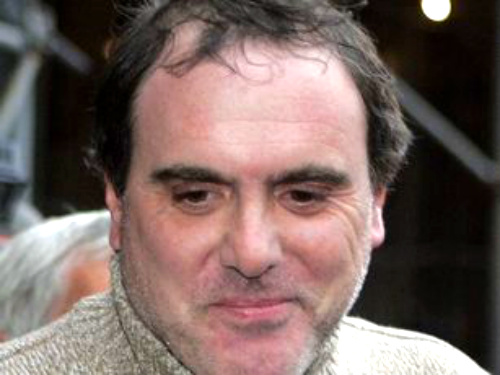 Much to the embarrassment of the Catholic Church, Rev. David Ajemian’s actions added more to the negative publicity of the Church since the molestation scandals of the 1990s. The stalker priest from the Archdiocese of Boston was accused of sending threatening letters and DVDs to the late-night talk-show host Conan O’Brien. The reverend was arrested for threatening the host of NBC’s Late Night with Conan O’Brien, and in 2007 he pleaded guilty for his disorderly conduct. The court ordered Ajemian to stay away from the talk show host and the Archdiocese of Boston later stripped him off his priestly duties. 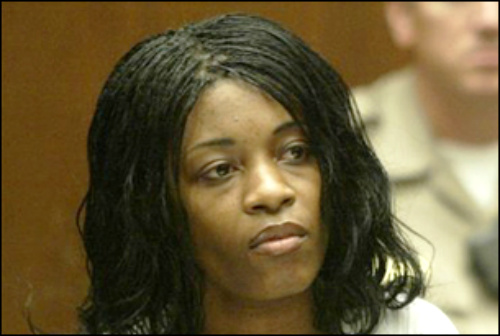 Developing an obsession with actor Michael Douglas and of course naturally becoming an enemy of his wife, actress Catherine Zeta Jones, Dawnette Knight sent threatening letters to the Hollywood couple in 2003-04. Knight was ultimately sent to prison, after the couple testified against her claiming that Knight threatened to cut up Zeta Jones and feed her to the dogs. Knight pleaded guilty but was sentenced to three years in prison. 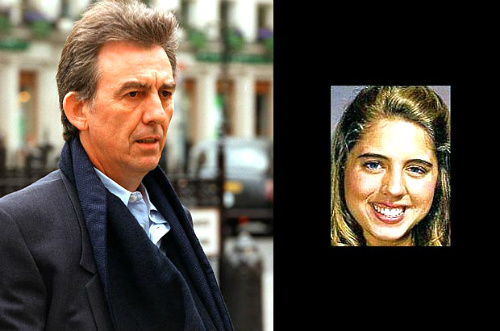 The stalker of former Beatles guitarist George Harrison, Cristin Keleher became famous when she broke into the star’s house in Maui in 1999 and raided his refrigerator. However, this wasn’t the only time that Harrison has been the object of Keleher’s fancies. She was sent to prison for four months on charges of breaking in the rock-star’s house. Cristin Keleher made her way back in the news in 2006 when she was shot dead in California, in what appeared to be a victim of murder-suicide. 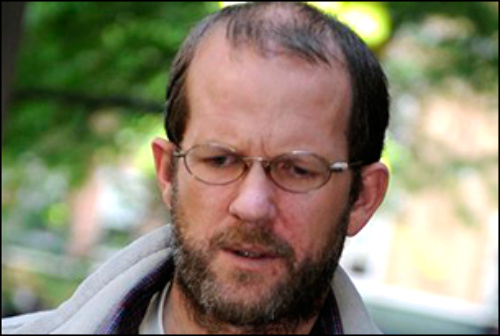 The long-term stalker of actress Uma Thurman, Jack Jordan sent the actress cards with threatening messages and drawings, one of which had an open grave, a headstone and a man standing over the edge of a razor blade. After the actress testified, stating that she was “totally freaked out” and was frightened for her family’s security when confronted with Jordan’s advances, Jack Jordan was found guilty and was sentenced to three years probation. 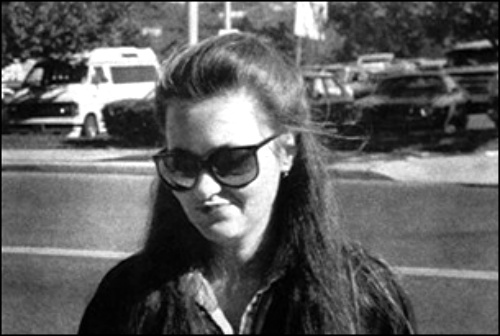 The long-time stalker of David Letterman, the host of The Late Show with David Letterman, Margaret Mary Ray suffered from schizophrenia. Although David Letterman occasionally joked about her on his show, the advances made by Ray were no laughing matter. Her obsession and fantasies led her to break into her lover’s house several times, stealing his Porsche at least once. Margaret Mary Ray also stalked retired astronaut Story Musgrave. In 1998, Ray committed suicide by kneeling on a railroad track in front of an oncoming train. 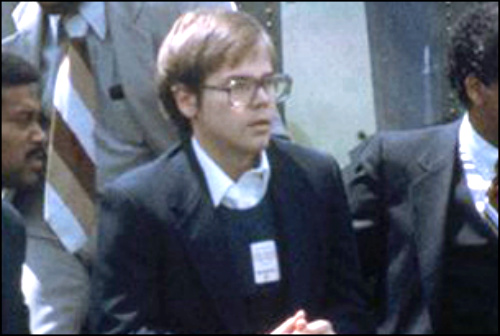 The ill-famed stalker of Jodie Foster, John Hinckley was so obsessed with the actress for her role in movie Taxi Driver, that he enrolled in Yale University the same year Foster became a student at Yale. For Hinckley, the sole purpose of getting into Yale was to be close to the actress and soon he began mailing love letters and poems. In an effort to win her affections, Hinckley mailed Foster his plans to assassinate Ronald Reagan. Reagan survived and none of the shooting victims died, Hinckley did not attempt to flee from the scene and was arrested. He was charged with 13 offenses but was found not guilty on reasons for insanity, during his trial in 1982. 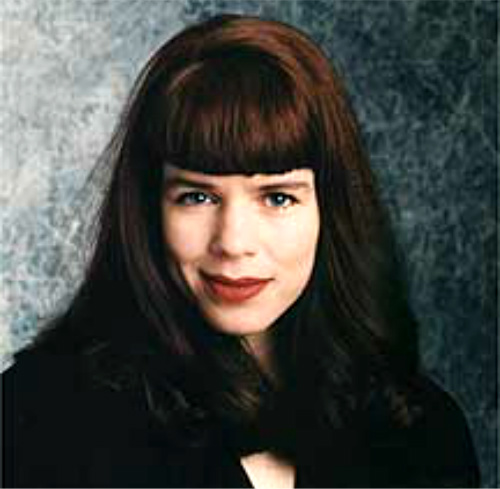 The 21 year old stalker who murdered his victim, Anthony Silvestri broke into the house of television reporter Kathryn Dettman, a woman he was stalking for several months. Dettman was in the shower when Silvestri broke in, stood waiting in her bedroom and attacked her as soon as she stepped in. In a brutally violent attack, Silvestri stabbed Dettman with a knife more than 15 times, leaving her dead on the apartment floor. Silvestri is currently serving a 40 year old jail term.

The stalker and murderer of the young Hollywood star and the former star of the television series My Sister Sam, Robert John Bardo cut Rebecca Schaeffer’s life short in 1989. Stalking the actress for years, Bardo turned up at Schaeffer’s apartment after obtaining her private address through her driving records from the Department of Motor Vehicles, and shot her as she stood at her door. 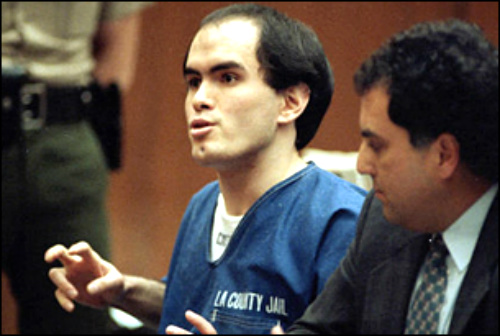 The method by which Bardo tracked the actress sent chills throughout Hollywood. In 1994, the US federal government passed the Driver's Privacy Protection Act that prohibits state Departments of Motor Vehicles from releasing the home addresses of state residents. 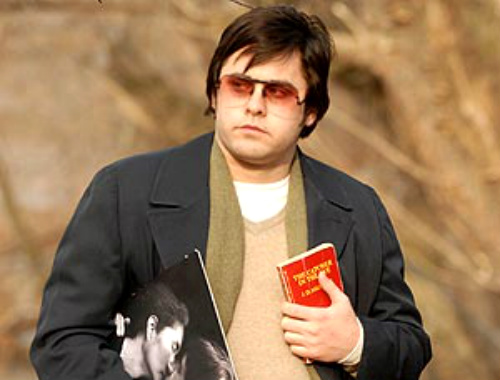 Everyone must have heard about the stalker who assassinated the former Beatles singer and political activist John Lennon. On December 8, 1980, Chapman shot Lennon as he was leaving The Dakota apartment building with Yoko Ono, in New York City. Aiming five shots at Lennon of which four shots hit John Lennon in the back. Chapman remained unmoved at the spot until the police arrested him. He was sentenced to a jail term from 20 years to life, and is currently imprisoned at the Attica Correctional Facility in Attica, New York. Chapman has been denied parole six times.