10 Interesting Libraries Around the World

Do not judge a book by its cover, but do judge a library. This is a list of 10 most amazing libraries in the world. They are beautiful, historical, not to mention HUGE. Love of books is not just what will drag you here, but a love for wonderment as well! Comprising of spiraling fireplaces, an art gallery displaying the work of local artists, a coffee shop, glass elevators, The Salt Lake City Public Library  depends on natural lighting. The place is a five-story tall, wedge-shaped building. The library has a collection of over 500,000 books as well as subscriptions to over 60 newspapers and magazines and 163 internet capable computers. The garden on top of the roof is the icing on the cake. Originally a Monastery, this library was constructed of wood, and then replaced with stone. It was rebuilt into a proper library in 1979 by Jeroným Hirnheim, a philosopher and theologist. It has a Romanisque form of architecture and is neighbour to a church and a picture gallery. The ornately decorated library in the Strahov Monastery contains 18,000 religious texts, including many editions of the Bible in numerous languages. 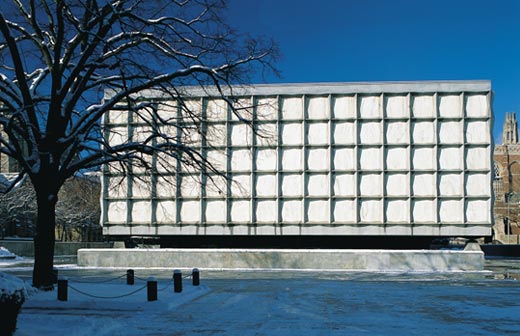 Parque Biblioteca España cost around 4 million U.S dollars to build in 2007 from simple brick and stucco structures. The three boulder like shapes of the library,community center and auditorium stand out at the edge hillside valley. The library’s core houses three stacked, double-height reading rooms, each ringed with computer stations in upper balconylike mezzanines that look down on the rooms below. Daylight enters the place through skylights that run around the periphery of the roof and give a warming effect. The library is located at the center of the much renowned Yale University.  New Haven, Connecticut, USA It was a 1963 gift of the Beinecke family and was designed by architect Gordon Bunshaft. The six story building does not have any glass windows, instead it has walls made of a translucent Danby marble, which transmit subdued lighting and provide protection from direct light. This library is a 23 storey diamond which symbolizes the enormous value of knowledge in books. Architects Victor Kramarenko and Michael Vinogradov designed the 24 sides in a way to make them sparkle at night by using glass panels and creating a stunning effect. The building has the following functional areas: reading zone, depository of stocks, production and administrative zones. It is named in honor of Thomas Fisher (1792-1874), who came from Yorkshire to Upper Canada in 1821 and settled by the Humber River. Since that time the Library has grown to approximately 600,000 volumes and 2500 linear meters of manuscript holdings. Richard Landon, the director, organizes two or three exhibitions of rare books and other materials annually. Deemed to be Public friendly, this place provides underground parking to 143 vehicles and 400 computers to the general public as well. The library has a unique, striking appearance, consisting of several discrete “floating platforms” seemingly wrapped in a large steel net around glass skin. The architects gave priority to the functions and objectives of the library rather than its outlook which gives it a very unusual shape. 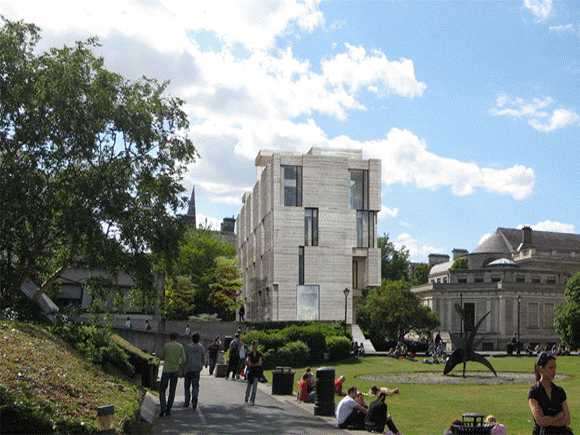