Over the last two decades engineers, developers, property dealers, building owners and system designing professionals, had started adopting a different perspective towards the making of buildings. These days the buildings are getting smarter and at t

he time quite weird. Unfortunately, it is because of these varying perspectives and evaluations, these days we have a number of definitions of the word “weird”. In simple words, a smart and weird shaped building is one that increases the levels of productivity and facility attractiveness. Many of the buildings today make use of a number of advanced and integrated systems in order to enhance the building automation. Now here arises a question that why are these structures given a weird shape? The answer is very simple indeed. In order to add the element of uniqueness and singularity, these structures are made weird. Although the structures I would be later on sharing with you are weird indeed, but the in terms of functionality they make use of some of the most sophisticated and complex technologies. While the idea of integrative telecommunication system, life safety and building automation are all ahead of their times, but still they add a lot towards the credibility of the companies and organizations using these buildings. Equipped with some basic information, let me know share with you the top 10 weird shaped buildings in the world.

Located in Seoul, South Korea and designed by one of the most talented Danish Architects, at number 10 we have The Hashtag Tower. So, what make this structure weird are the multi-dimensional and visual-spatial designs of the horizontal and vertical towers. The name of this building signifies the fact that it really resembles a Hashtag. Both of the towers are connected through a system of three public bridges at various levels of the buildings. One is located in the underground, one is located in the air and the last one is on the street. This structure has indeed given a new shape to the skyline of Seoul. Seen from a distance, the tower looks like a modernized gateway to the business world in the city. The design and structure of this tower has now annihilated the conventional and crudely designed towers. 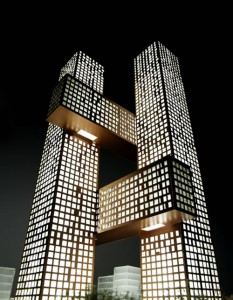 Known commonly by the name of Elephant Building or Chang Building, this structure is located in the business district of Thailand. This structure is indeed the most famous in the country and in the city primarily because of its shape which resembles that of an elephant. The building has 32 floors and a composite of three towers intermingled together. The towers A and B have been dedicated towards businesses while the Tower C is used for shopping. In addition, it also has a number of luxurious suites, swimming pools and a post office. Completed in the year 1997, it was designed by Sumet Jumsai. 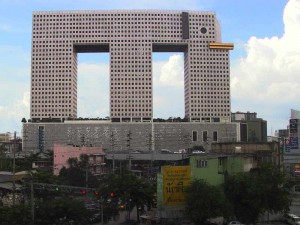 At number 8 we have yet another interesting and weirdly designed building. Located in Shanghai, China, the Ren Building has taken architectural designing to a whole new level. As soon as you take a look at this building, then it seems quite clear that this structure is in fact the combination of two buildings. The project was initially proposed for the purpose of making a hotel and sports expo center. In terms of Chinese beliefs, the building which seems to be coming out of the water signifies the body, while the second building emerging from the land signifies the spirit. These two components join together serve a number of cultural and living styles. The Ren Building surely elucidates poetic inspiration and forms of cultural sensitivity. 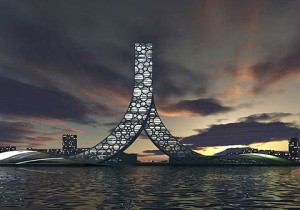 At number 7 we have the building dedicated towards carrying out a number of naval and governmental functions. Seen from above, it seems quite clear that it has been built in order to resemble the symbol of “Swastika”. Whether it was designed intentionally or intentionally in this way, is not clear, but the building did signify something to the whole world. Since the structure had been constructed, there has been wide public resentment over the design of this building. So, the navy is now planning to alter the entire design which would cost nearly $ 600,000. 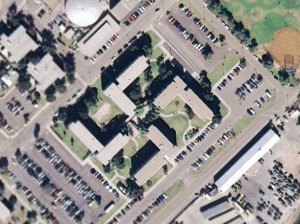 This museum has been designed to symbolize and express the story of the late Sheikh Zayed Bin Sultan. The entire museum resembles the shape of the wings. Located on the Sadiyat Island, UAE, this museum also serves as a symbol of greatness for the Arab Nation. Technically speaking, the museum is not yet complete. The towers of the museum have been designed in order to draw more and more cooling currents into the building. In short, the entire ventilation system of the building is more than spectacular with fresh air being absorbed from the underground pipes and distributed in the entire museum. 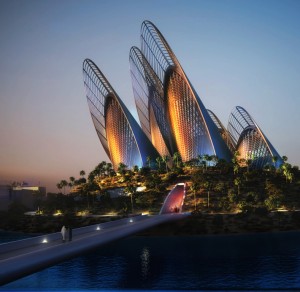 The dancing house is more like a nick name for the Nationale-Nederlanden building located in the Czech Republic. The structure had been designed in the year 1992 by Canadian-American architect, Frank Gehry. There are numerous historical reasons and facts which lie embedded in the design and structure of this weird architectural masterpiece. It is said that it has been built in place of a house that had been destroyed during the World War II. The nearly 100 concrete panels support the entire structure. In addition, the structure present at the very top of the building has been nick named as “Medusa”. Surely, this structure has added a lot to the entire cityscape of Prague. 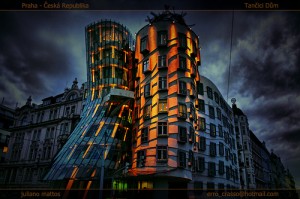 Centered in the land of Miami, is this weird and stylish eco machine. The structure had been designed in collaboration between some of the top architect companies in the United States with the entire project costing nearly $ 40 million. The entire structure makes use of a number of solar panels, wind turbines and numerous green technologies. The exterior skeleton of the structure has been constructed in such a way for providing the maximum levels of thermal insulation. In simple words, this entire building is more like an “Advanced Technological Thingy Type”. The attractive residential spaces and offices elucidate that the main purpose of the designing of this building is to lure business tycoons and professionals. All the offices and apartments have been equipped with Energy Star appliances and glass tiles. 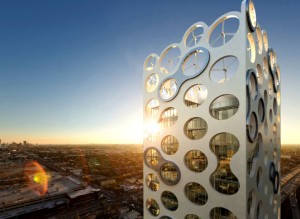 At number 3 we have this fire safe, environment friendly, and efficient building made entirely out of wood. It is named as The Wood Skyscraper. The architect of the building asserts that this structure is quite advantageous over all the top notch steel buildings in the world. It is cost effective and at the same time, less dangerous. Another important feature of this building is the fact that it absorbs carbon dioxide from the air which is indeed in contrast to the steel structures which release carbon dioxide into the air. In addition, the entire structure has been covered with special chemicals and materials which make it fire resistant.

Designed by the specialist architects and designers, MZ, that number 2 we have the weird and bizarrely shaped building known as the Coin Building. Considered to be the first circular sky scraper in the world, this structure serves as the Aldar headquarters. It is indeed the only building which has never stopped to amaze me. As evident in the design and the materials that have been used, a huge investment had been made from the side of the authorities. Not to forget the tallest vertical sky scraper in the world Burj Khalifah is also located in the land of Arab. In addition to the complex design, the entire building has been equipped with numerous automated and integrated systems. 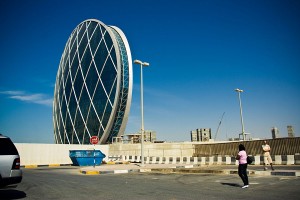 it a big egg laid by a gigantic hen? No. Serving as the national center for the performing arts in China, at number 1 we have the Egg Building. What’s more amazing is the fact that nearly 20 % of the structure has been submerged into the water. Inside the building there is an opera house, a concert hall and a spectacular theatre. Not to forget the underwater garage and the artificial lake, located in the interior levels of the building. All around the year, it hosts numerous music concerts and other events. The complexity of the structure can be understood by the fact that it took nearly 5 years to complete the structure. Luxury home builders in PA offer high quality construction & home remodeling services at competitive price. 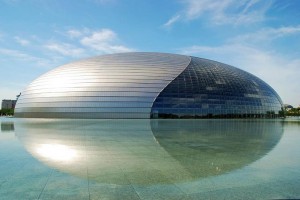