Top 10 Most Haunted and Mysterious Homes in America

This article has been written for the purpose of creeping you out. I am just kidding, although it is true. The list which I have formulated makes use of a number of paranormal factors and ghost stories which are linked with these homes. Some of these

homes are private while others are or used to be government properties. It seems like the people who used to live in these homes have left something behind like a fragment of their soul or some of their belongings. Whether you believe it or not, it is a fact that the paranormal forces and beings do try to contact with our world via any medium. So, just take a deep breath and accompany me in the journey to the top 10 most haunted and mysterious homes in America.

At number 10 we have the house that belonged to Thomas Whaley. It is believed to be constructed on the place where Yankee Jim Robinson was hanged. Thomas was aware of the fact when he had built his home at this place. Soon after, he and his wife had moved into the house, they started hearing huge footsteps all day and night long. So, Whaley started believing that it was the ghost of Yankee Jim that was haunting them. But things went more mysterious when suddenly their 18 year old son, Thomas Jr. died followed by the suicide of their fifth child. These days, the house is open for public, as it is now a historic landmark.

This yet another mysterious and haunted house was built was built by Frank Stranahan. After his arrival soon he had become a powerful landowner in the area having a number of private properties under his name. But things had changed when a sudden hurricane had wiped out most of his properties due to which he underwent a psychological disorder. Finally, he had committed suicide in the year 1929. That’s where the stories about the ghost of Stranahan had started. In addition, the residents of the area also claim that the ghosts of some little children and a woman are also seen in the house. 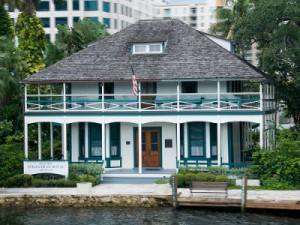 Built in the year 1796 and surrounded by mysterious looking trees all around, Myrtles Plantation is quite famous for the mayhem created by ghosts and paranormal entities. Stories assert that the house was owned by General David Bradford who lived there with his wife, two children and a slaved named Chloe. Due to some unknown reasons the slave women had turned jealous of Bradford’s family, so she killed his wife and two children by poisoning them. Later onwards, Bradford had her hanged for her crime and dumped the body into the Mississippi. A number of ghosts have been spotted at the house many a times, with the most reported one being the slave, Chloe tending to her plantings. It is also believed that this house has been built on an Indian burial ground. 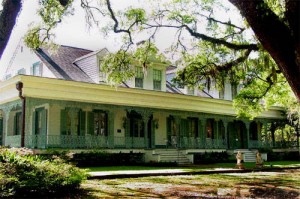 Built in the year 1887 and named after its owner, Richard Chambers, this mansion is also one of the most haunted houses in America. It is said that Chambers used to live here with his two nieces, who were not so fond of each other. After his death, the two had inherited his property. One of them had moved out of the Mansion to a nearby house, but the other one named Claudia had stayed. The famous ghost expert, Kim Fassbinder says that Claudia was killed by an insane member of the Chambers family, who was usually kept enslaved in the attic. The mansion is now a hotel where a number of Hollywood superstars have stayed. A number of guests have also reported some strange happenings while staying at this location. 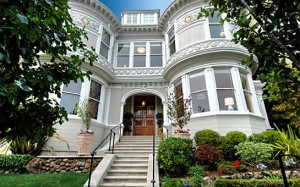 This mansion had belonged to one of the most prosperous families in the entire area named The Sprague Family. The family had a textile mill which was owned by William Sprague, who had on his death, left the property to his two sons. The two sons were named Amasa and Williams II (A US Senator). Sometimes afterwards, Amasa had been found dead on the road between the mansion and the textile mill. It was never confirmed that who in fact killed him so brutally. One of the most spotted ghosts in this mansion is of Amasa Sprague. 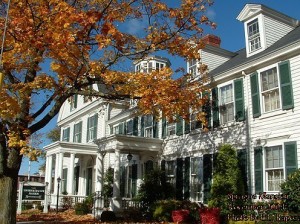 At number 5 we have the home which really deserves to be considered the top most haunted and mysteriously built site in America. Built in the year 1860 and owned by Franklin Tiedemann, a number of murders have been reported in this mansion, including the brutal murders of three babies. Some believe that Franklin was involved in this evil and acts of savagery, while others say that the deaths of babies were caused by evil forces that lived in the mansion. This can be the reason for the baby cries which are heard more

often in the mansion although no one lives there. Presently, this mansion is owned by an Internet Businessman. 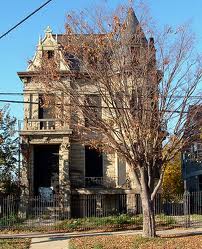 When people say that the White House is haunted, than indeed they are probably right, as a building so old and historical deserves the right to be occupied by some Presidents and Senators of America. One of the most famous ghosts spotted at the white house include The Abraham Lincoln Ghost, the ghost of Abigail Adams and Dolley Madison. It is also said that the 9th president of the United States, Henry Harrison haunts the attic. 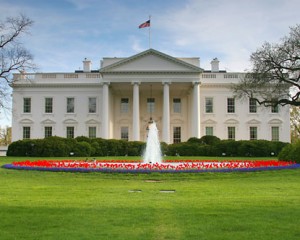 At number 3 we have the site which is quite famous for torture and abuses which were inflicted more often to the slaves who were kept in this mansion. The abuser was surprisingly a woman named, Madame Lalaurie Delphine. One story asserts that once LaLaurie was beating the child of a slave quite brutally, when she suddenly ran away to roof and accidently dropped to her death in horror. The world came to know of the tortures when a fire had broken out in the Mansion. But, LaLaurie had managed to flee from the scene and was never seen again. One of the most recent owners of the mansion was the famous Hollywood actor, Nicholas Cage. 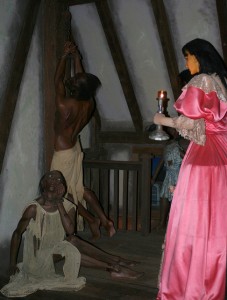 On the morning of August 4th, 1892 someone had killed the owners of the house, Andrew and Abbey Borden with an axe. Till now, it has never been known that who actually killed them, but it is believed that it was Lizzie, the step daughter of Abbey Borden. Lizzie was also convicted for the crime, but later onwards was released as no hard evidence was found against her. The house now serves as a bed and breakfast place. Still, many of the guests report seeing the ghosts of the husband and wife. So, do you need a room for the night in this house? Think on it. 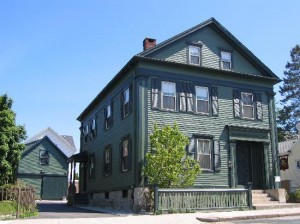 At number 1 we have the most bizarre and isolated home in America, The Winchester House. It is said that the former owner of the house, Sarah Winchester was heavily effectuated by the death of her daughter Annie and her husband, William Winchester, the founder of Winchester rifles. It is also said that she held a number of séances at the night time in order to interact with her husband’s ghost and other spirits. She is also used to consult her husband for carrying out the design and the result was a maze like house with weird looking stairs and rooms leading to nowhere. The famous ghost of this house is Sarah Winchester herself who had died in the year 1922. 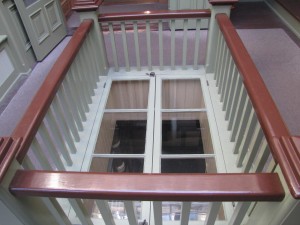