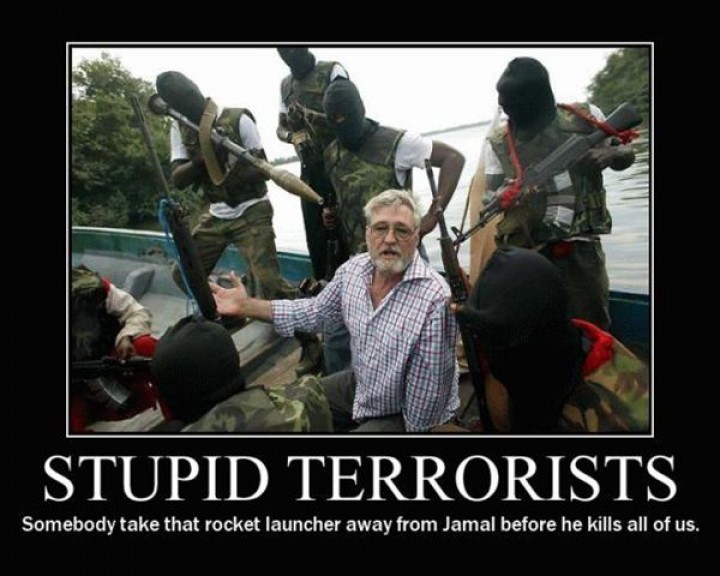 The Dumbest Terrorists on Earth

Terrorists should always be taken as terrorists, dumb and stupid. Yes, there are some who are strategic planners and intelligent, but most of them lag the moral values needed to know what is right. Most of the terrorist attacks are planned by people other than the attackers. This post will shed light on some of those stupid terrorists who showed the world that no one needs to be afraid of them. Our destiny is always written and are death too. For this reason, we should all have the courage and abilities to engage these individuals. Leading a safe and sound life is not a life worth living for. For this reason, we should all prepare ourselves for doing something that will actually help in saving the lives of many around us. Some of the terrorists mentioned on the list were so dumb that they weren’t even able to carry out simple plans. Here are the 5 dumbest terrorists on the face of the earth. 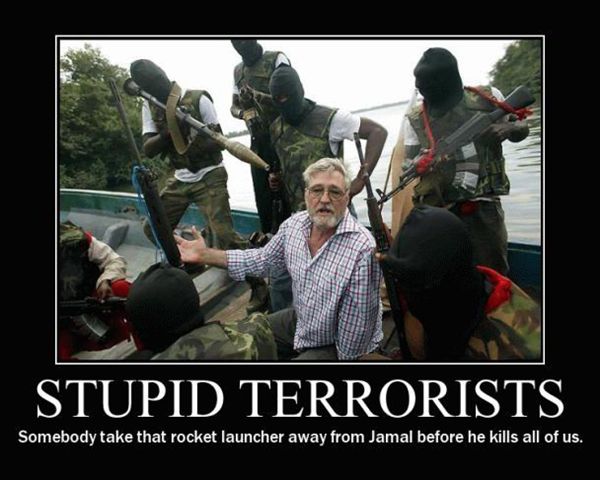 While planning an attack on Fort Dix Army stationed in New Jersey, a group of terrorists made video recordings of their meetings and sessions. They bought some recording devices and taped themselves near the attack site. What’s more stupid and bizarre is that they went to a local editing shop to get the footage onto a DVD. The owner of the store was a not a military specialist or an intelligence agent, but he had the cognitive resources to realize that something wasn’t right about the video. He informed the cops and so the stupid band of terrorists was arrested.

Jihad is an act that should be dedicated towards saving the lives of innocent individuals. It is not about killing people to meet your own objectives and aims. 21 terrorists were on their way to a city in Iraq in order to explore a bomb. Suddenly, the whole car went up into pieces, as the explosives had accidently blown up. The lesson to be learnt here is that it is not safe to drive with explosives.

The accident happened near the Glasgow International Airport when a car filled with terrorists. A group of terrorists had tried to force a car filled with explosives into the airport but the security measures prevented them from doing so. One of them was killed at the spot, while the other were arrested. It is clear that the lack of guidance and understanding led these terrorists to their damnation.

There was a Russian suicide bomber was wearing a bomb. While planning to attack a site, she received a text. The text activated her jacket bomb, thus killing her instantly. For this reason, the Medal of Honour should be given to the person who invented text messaging.

There was a teacher in Baghdad who used to train people about how to build a bomb. During on teaching class, he accidently activated a bomb due to which he along with all students were killed at the spot. The death of these individuals might not be an act of God, but it is indeed an indication of their stupidity. I am not saying that these individuals were not fighting for a cause. However, they showed stupidity while fighting for a cause which can be really devastating.