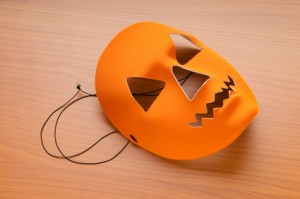 Why turn to “off

icial” sources, such as polls from veteran news organizations and your trusted news source, to find out who’s likely to become the next president of the United States? Look no further than costume store mask sales for the answer to who will be president.

Yes, costumes hold the answer to who will win the presidential election. The very same that flood neighborhood streets with vampires, fairy princesses and goblins lurking in the night on the hunt for candy. According to ABC News, Costume retailers BuyCostumes.com and Spirit Halloween

Obama is winning on both sites so far, with his masks outselling Romney’s likeness by a 30 percent margin on BuyCostumes, and the incumbent holds a 69 percent to 31 percent advantage on Spirit, says the ABC News story. BuyCostumes, in fact, issued a press release indicating Obama will be re-elected because he holds a 60 percent share of mask sales in the 10 swing states that will likely decide the outcome of the election. Voters from the key swing states of Wisconsin, Ohio, Florida, Colorado, Missouri, Virginia, North Carolina, New Hampshire, Iowa and Nevada will decide this year’s election, and many voters in these states have chosen to be Obama over Romney for Halloween

BuyCostumes will track the outcome of the election through all candidates’ mask sales at www.BuyCostumes.com/PresidentialMaskPoll. Some voters might believe the Halloween mask indicator is as reliable as the next coming of the Great Pumpkin, but facts and figures from a Huffington Post article might scare skeptics a into believers, leaving them with a the expression of someone who just saw a ghost.

“Our presidential index has proven to be a consistent and accurate predictor of the next president for nearly two decades,” Spirit Halloween CEO and president, Steven Silverstein, said in the article.

However, both candidates can rest easy knowing that past presidential candidates cannot enter the election, because the late Richard M. Nixon might stand a chance to be posthumously re-elected. As Time.com points out, Nixon masks are the most popular sellers in costume stores throughout the nation. Unless Nixon enjoys a massive write-in campaign, things might be looking up for the Obama campaign, at least Halloween-mask wise.