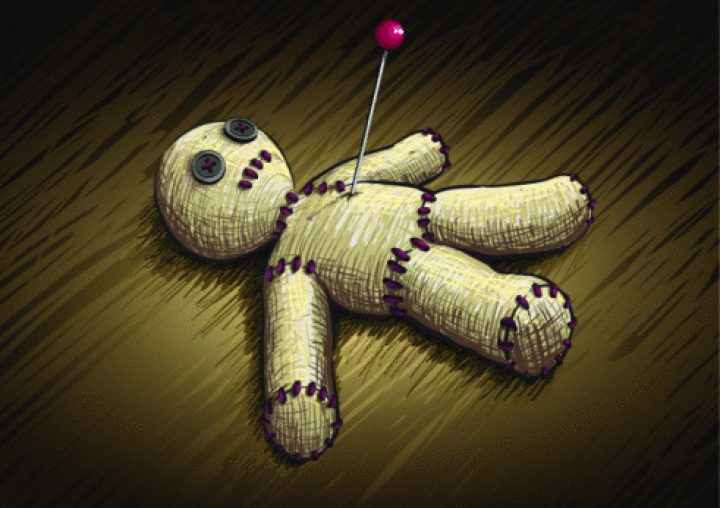 Voodoo has been around for generations. It’s a mix of different things depending on the culture and time period. The Haitians felt voodoo was a mixture of their African beliefs and the Roman Catholicism that the church had forced upon them. Christians felt that the voodoo religion was black magic and that some crazy sacrifices were made from it. Despite what some people believe, voodoo can overall be a religion that is peaceful, even though animal sacrifices might have been made generations ago. People do things using voodoo as their excuse just like they have with other religions. There are lots of good things about voodoo, so don’t take it the wrong way that people have done these creepy things using voodoo in order to get what they want. All religions have the good people and bad people in them.

5. Jummai Hassan
In Maiduguri, Nigeria, there was a 13 year old arrested known as Jummai Hassan. She had been in trouble before with the law. She burned down the neighbor’s home and even attempted to murder a girl. When she was arrested in July 2001 it was because she had connection with a 2 year old boy who had disappeared. She said that she had murdered that boy and gave the boy’s body parts to one of the local witch doctors. She said that the witch doctor would use it for his voodoo rituals. Hassan did not stop confessing to just that crime. It turns out that she was also involved in 48 murders that had happened and even killed her own father. She told the police she would help with looking for some of the other bodies but they police couldn’t find any of them. Michael Ashade Akinona had also been accused by Hassan. He was a civil servant and she said he had been involved with the cult. They searched his house and surprisingly, they found black pots, powder plus many other items that linked him to only voodoo. They did not find any physical evidence which connected him to any of the murders she claimed. 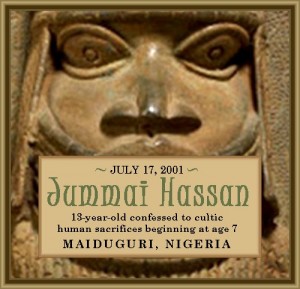 4. Gregory Friesner
The Tech CEO Mark Foster, age 45 and back on July 1997, his body was found in Northeastern Wisconsin. His clothes were all white and had been shot. He had been involved and interested in voodoo for a long time. He also had a cult that was small and they said he was the high priest. In the year 1997 trouble started happening for him. He had money problems. He had a business at one point which was blooming but later it stopped. He felt that his soul should be passed on to Gregory Friesner, who was one of his devotees. Foster talked with Friesner and said he was involved with voodoo rituals. He said he had murdered him so that way he would be able to become the high priest. He said that in order for the soul lineage to be passed on that Friesner must decide to first shoot Foster and he agreed. Foster’s nephew decided to drive to the Wisconsin state line on July 18th. Friesner was wearing coveralls and a gas mask and he killed him. 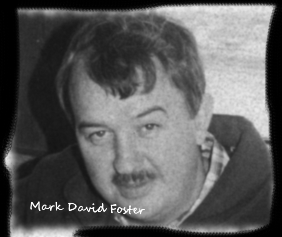 3. James Paul Harris
James Gerety was reported missing on April 2011. A year later his skull was found on Jeff Harris’s property by his girlfriend. She decided to look for mushrooms and found it. They called the police after she found it. Two years later they found out the son of the owner of the property was involved with the murder. Gerety and Harris had planned to be roommates together. After torturing Gerety for a couple of days he shot Harris. He wanted to keep his head so he could do voodoo rituals. They had a hard with the case because of just having the skull. However, he was charged with involuntary manslaughter on April 2014. 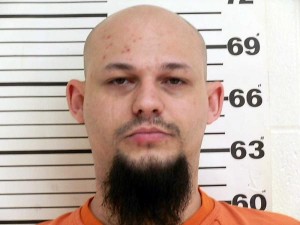 2. Josephine Gray
In the year 1974, Norman Stribbling was the husband of Josephine Gray. He had been shot and killed in his own car in Maryland USA. Later on it was learned that Stribbling had found out his wife had been very unfaithful. She had an affair with Robert Gray. When they married back in 75 his family said that he started to act strange. They claimed that Josephine had put a spell or possibly a trance on him. The trance was broken in 1990 after Gray had an affair. After Josephine found out about the affair she tried to kill him but he escaped. Later on they found him shot twice when he tried to enter his apartment. Despite this happening, she was able to avoid prosecution. Later on they found him dead in the back of her car. They also found a lot of voodoo dolls that had pins stuck inside of them. They also found out she had been receiving big insurance payouts and this wasn’t her first husband who she tried to kill. She was sentenced for 40 years. 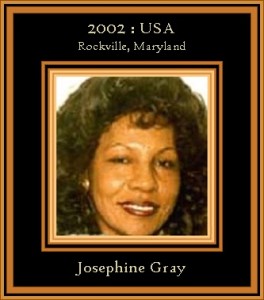 1. L’Affaire de Bizoton
Over 150 years ago the story of L’Affaire de Bizoton made headlines literally around the world. The perception with voodoo was changed. In Haiti, Congo Pele wanted wealth and power. He consulted Jeanne, who was his sister and a voodoo priestess to help him with it. He also consulted other voodoo priests. He decided that he needed to kidnap Jeanne plus his young nice. The other voodoo priests performed a very gruesome ceremony to kill them off. So gruesome, I won’t even go into the details. Later on they were all arrested then charged and executed publicly. 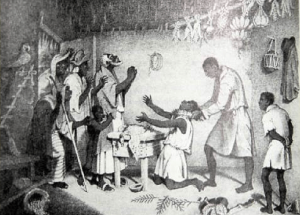 Conclusion
Religion changes over the years. If you’re interested in a certain religion be sure that you do you enough research on it to make sure that it’s the right religion for you. Many religions also have a lot of rumors being spread about them. This is another reason as to why it’s good to do lots of research before you decide what religion might be the best one for you.