The Spice Girls appeared this year at the Olympic Summer Games 2012 and now a lot of fans find themselves going back and looking up some of their favorite songs by the Spice Girls. The girls always look incredible on stage and even at the Olympics they looked just stunning. Back in the year 1994 the Spice Girls formed and the group has five female members. When they first started out they did not have nicknames but later they each adopted a nickname. Let’s now go behind the fun and exciting scenes of the Spice Girls and learn some very cool facts about them. 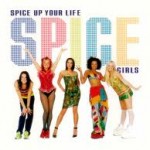 Bob and Chris Herbert teamed up with trying to set a girl group to go up against a boy band. Most of the bands at that time happened to be boy bands. Back in the early 90's some boy band names that you might know include East 17 and Take That. Dance Work Studios put an ad out for female pop singers and dancers and around 400 females answered. In the end the studio had to put together some women to see who would do best and they won. In the beginning they needed a lot of work and the first song that they wrote together was “It's Just One Of Those Days”.

Many fans  look at Emma and see her as being very sweet and adorable. A lot of fans might even see Emma as defenseless plus innocent. However, according to Melanie B she said that she could get away with doing something big like murder. She is not as defenseless like her fans might think that she is and in Goju she actually has a blue belt. In the video “Say You'll Be There” she was the one that had to help the others learn some karate kicks.  How's that for girl power?

Fans might be surprised but Melanie C feels that she is the “plain one” in the Spice Girls. She also went on and said that something that they are all proud of is the fact they are not very beautiful but yet at the same time that is what they are all very proud about and in the group she felt that the nickname “Sporty Spice” suited her. The first album that Melanie did was called Northern Star and it sould over four million copies.

Geri was the known leader of the Spice Girls and she was very flamboyant. Much of the girl power comes from Geri. In order to try and appear exotic often times Geri would say that in her ga

rden that her family would keep sheep or either she would say that she was born in a plane. She would try hard to always stand out and she still continues. Back in May 30th, 1998 Geri decided to leave the Spice Girls because the group had a few differences but what fans might not know was that she was also depressed. The other Spice Girls decided to try and write a few of the songs without her being there and one song that was very popular was on their album Forever and it was called “Goodbye” and another famous song on that album was “Let Love Lead The Way.”

Back in 2007 the Spice Girls decided to sign up with Victoria's Secret and do a deal with them. They decided that they would sell the album hits in the store's website and with the lingerie boutique.  The greatest hits package even included a karaoke CD so fans could sing along.

When the girls left the Olympics’ they did not go back to their hotel rooms. In fact, the Spice Girls decided that they should have some fun and went to the after party that George Michael was having. It looks like whatever differences they had in the past they have buried and they just had a lot of fun together. Mel B said that when she was there all she wanted to do was just have fun plus be herself and she did. She said that all of them did enjoy being together again and that they had fun at the after party.

3. Mel C Breaks Up With Her Boyfriend

Geri was not the only one that experienced some depression. Mel C and her boyfriend broke up after being together for ten years. She said that she likes to be organized but that he is just the opposite and likes to be spontaneous. She also said that just recently some doors have opened and that she is excited to see what all is about to happen in her life and she was also excited that the Spice Girls reunited again at the Olympics. She is going through a lot of changes and it sounds like that was exactly what she needed.

Back in the year 1997 the American fast food chain restaurant known as Jack In The Box decided that they would try their best to help with trying to actually capitalize the mania of the Spice Girls that was going on in the USA. They launched a big advertising campaign and they used the fictional musical group and called it the Spicy Crispy Chicks. This was a spin from the Spice Girls. The commercials also were used in order to promote the spicy new sandwich that was crispy.

The saying “Girl Power” created a brand new phenomenon in the social world. However, the slogan also got a lot of mixed reviews and actions. Madonna plus Bananarama had looks that appeared to be similar so the concept was not new. The saying took off when the song Wannabe happened in 1996 and the Spice Girls took on a version that would become distinctive. They decided to give a message to young girls, women and adolescents about empowerment and they succeed.