A lot of people knew that there would be a part two of the Expendables but didn't know as to who might play in it. The Expendables 2 was written by Sylvester Stallone and Richard Wenk. The first Expendables was released back in 2010 and now part two is finally here. The Expendables 2 had some incredible action scenes in it. The music was very fitting and Brian Tyler was the one that composed the score for the movie The Expendables 2 and he also did the music for the first one. The Expendables 2 soundtrack original motion picture can be purchased on iTunes and it was released on August 14th, 2012. The film is doing outstanding in the box office and so far has made $34,614,144 and that's not bad because they had the budget of just $100M. You may or may not agree but after watching the movie, I have found these actors to be the top ten cool actors in the Expendables 2. 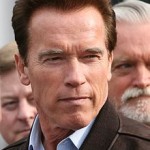 Arnold Schwarzengger played Trench. He was able to complete all of the scenes that he had in just four days. In the first Expendables Arnold Schwarzenegger did not play a very big role in it but he did play a bigger one in Expendables 2. One of my personal favorite lines that he does in the movie is “I'll be back”.

Many feel that Terry Crews plays the modern day ultimate action hero in the Expendables 2. Terry Crews plays as Hale Ceaser. He is very tough but yet at the same time, he is loyal plus jacked and maybe that is why he is considered to be one of the ultimate heros in this movie. He is also very fast with saying one liners. He was also able to add in some comedy in a few of his lines which worked out good because some scenes get very tense. One weapon that he loves to use in the movie is the automatic shotgun.

Jet Li played Yin Yang in the Expendables 2. He is a specialist with the martial arts. The one thing that stands out the most about Yin Yang is that he does not like to kill in a way that is gruesome. In the movie Yang is actually Vietnamese-American. He has an American dream that he wants to live out. Yang always had a sense of honor about him. He might have even worked harder because he is very short.

Randy Couture played Toll Road.  He is known as the expert with the demolitions. He loves throwing the Axe whenever he gets a chance. Things can sometimes be hard for Toll Road because he has Avoidant Personality Disorder. He also tries very hard to be the man that women love. O

ne of my favorite quotes from Toll Road is when he said ” That is seriously demented.”

Dolph Lundgren played Gunner Jensen. He is one member of the Expendables that is volatile. He might be volatile because of all the years of abuse from alcohol and plus he had lots of years of stress from combat. Part of the personal history from Lundgren is that he actually has a degree in chemical engineering and that might show some as it was intergrated in the character that Stallone did. He did a wonderful job playing his character.

Jean-Claude Van Damme played Jean Vilain. In this role he played a leader of the opposed team with the mercenaries. He also belonged to the French Foreign Legion at one point but does not anymore. In order to try and stay in his character he would distance himself from both the crew and the cast. He was offered one of the roles with the first Expendables but Stallone and Jean-Claude Van Damme could not agree on a few things so because they could not agree he decided to ultimately not take the part.

Chuck Norris played as Booker. In the movie he was retired from the military and he was out trying to save his teammates. He was never offered a role in the first film. In the Expendables 2 he is a guest star and because he is a guest star in the movie there is a lot of rumors as to if he will be appearing in the Expendables 3. In this movie Booker would appear when you least expected him or if you needed help then like magic, he would come in and take care of the situation.

Bruce Willis played Mr. Church. He did not have a big role in this film but his role was important. He played as a secret CIA agent. He is the man who actually helps to bring all of the Expendables together and hires them. He was part of the returning cast and while his role is not very big it's still bigger then what he had in the first movie.

Sylvester Stallone played Barney Ross. He is the leader for the Expendables. In the movie he decided to perform his very own stunts. The doctor told him that he should get someone else to play them because he had a lot of surgeries for repair with his neck and broken back injuries he received when he was doing the first Expendables. When you watch the movie you will not be able to tell that he was injured.

Liam Hemsworth played Billy the Kid. The name Liam Hemsworth might sound fimilar to a few of you now as he also played recently in “The Hunger Games” as Gale Hawthorne. You just have to watch him in the movie and then you will see why he's number one on my list.