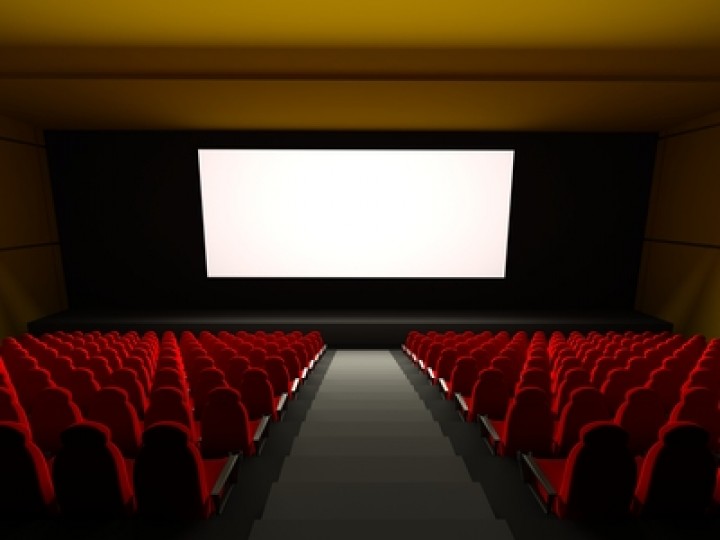 From zombie warfare and the Los Angeles mob in 1949 to the return of Ron Burgundy and Katniss Everdeen, 2013 promises to deliver a slew of exceptional, highly anticipated films.

As the new year approaches, movie enthusiasts can excitedly l

ook forward to a front-row seat for the following top 10 movies to see in 2013:

Directed by Alfonso Cuarón, “Gravity” chronicles the journey of a sole-surviving astronaut who tries to return home to Earth after debris damages the space shuttle. A movie dominated by a strong female solo performance, the fight-for-survival plot

will be led by Sandra Bullock and her profound on-screen charisma. The highly anticipated movie also maintains its star power status with George Clooney’s supporting role as an astronaut.

For fans who know how to appreciate on-screen eye candy and bulging muscles, the dark comedy “Pain & Gain” is the flick for you. The $20 million Michael Bay film is based off Pete Collins’ series in the Miami New Times. The story unfolds as body builders played by Mark Wahlberg and Dwayne “The Rock” Johnson find their way into kidnapping and murder mishaps. You can bet that director Bay has been busy, as always, putting his larger-than-life filmmaking skills to the test.

Starting off the 2013 year of must-see films, “Gangster Squad” hits theaters Jan. 11. The film features a dynamic cast of A-list stars, including Sean Penn, Ryan Gosling, Giovanni Ribisi and Josh Brolin, playing characters who are entangled in a battle of good guy vs. bad guy in Los Angeles during 1949.

The second installment of the Hunger Games series is expected to hit theaters in November 2013. Jennifer Lawrence returns to the big screen to play resilient Katniss Everdeen as she prepares for the Quarter Quell, an event that forces former victors into competition.

Alice Eve and Zoe Saldana join Chris Pine’s return in J.J. Abrams’s second Star Trek installation “Star Trek Into Darkness.” The plot for the follow-up to the science-fiction film remains highly undisclosed. However, considering J.J. Abrams’s successful approach for bringing the epic franchise to life with the original, the sequel shouldn’t disappoint. Abrams’s “Star Trek Into Darkness” is expected to be accessible and entertaining, whether you’re a Trek newbie or die-hard Trekkie.

Marvel continues its highly lucrative franchise with “Iron Man 3” — written and directed by Shane Black. Starring Robert Downey Jr. as Tony Stark, the comic-book movie’s cast is rumored to include Stephanie Szostak as Janey van Dyne who becomes The Wasp.

Beloved Ron Burgundy returns to the big screen alongside Steve Carell, Paul Rudd and Christina Applegate for more comedy from the Channel Five news crew. Rob Burgundy fans eagerly await the release of this sequel, memorable quips and more outrageous situations. After the release of the movie’s teaser trailer, fans who have have indeed missed Rob Burgundy’s hot breath in our ear can be assured that yes, “it’s gonna get stanky.”

Director Baz Luhrmann brings the pages of the timeless F. Scott Fitzgerald’s novel “The Great Gatsby” to life on the big screen. Starring Leonardo DiCaprio as the lavish and mysterious Jay Gatsby, the film is flashy eye-candy and a visual escape into the glamorous Roaring ’20s.

“The Hobbit The Desolation of Smaug”

The follow-up to this year’s “The Hobbit: An Unexpected Journey” won’t be released until the holiday season 2013. Audiences can expect to watch the New Line Cinema and Metro-Goldwyn-Mayer Pictures trilogy in “High Frame Rate (HFR) 3-D, other 3-D formats, IMAX and 2D,” according to MovieWeb.com. As the trilogy’s second installment, “The Hobbit: The Desolation of Smaug” will be a visual masterpiece of magical power, secrets and danger.

Adapted from Max Brooks’ novel of the history of the zombie war, “World War Z” stars Brad Pitt as

a U.N. employee who fights an outbreak of the undead. The dark zombie film terrifyingly encapsulates what the world would look during an unstoppable zombie invasion. From the manic pursuits of survival to societal meltdowns, “World War Z” is a zombie nightmare vividly brought to the big screen.

Whether you’re in for Brad Pitt fighting off zombies, Bay’s bodybuilder-killers flick or any of the other upcoming 2013 films, be sure to buckle in for a movie theater blast!