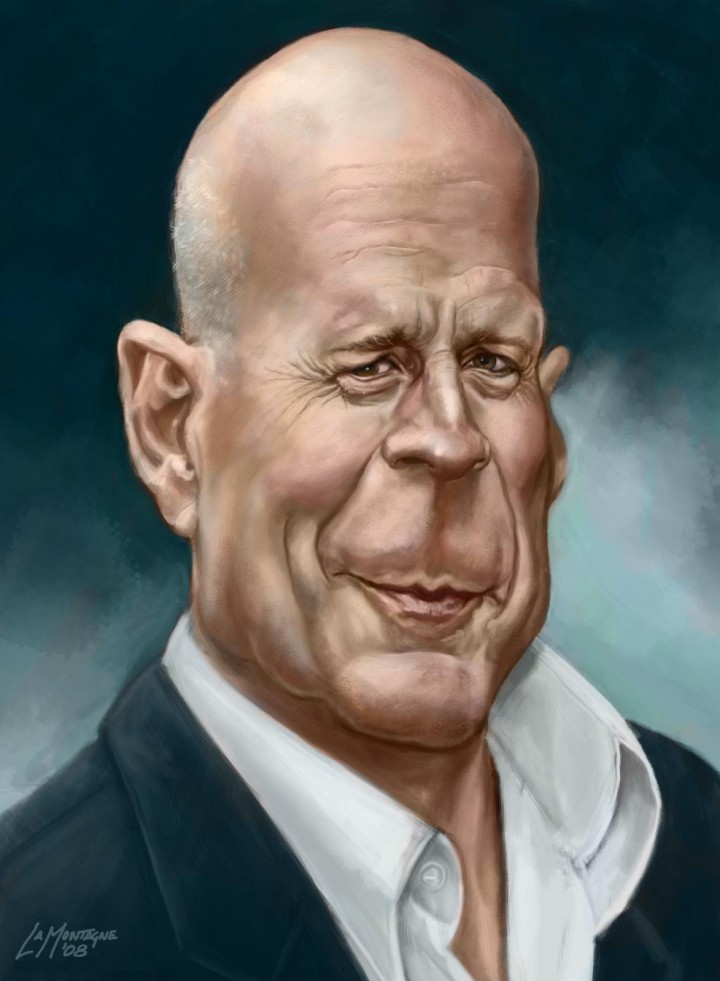 Different people have different skills, some of which are gifted with drawing skills. and what would be more fun other than drawing your favorite celebrity. 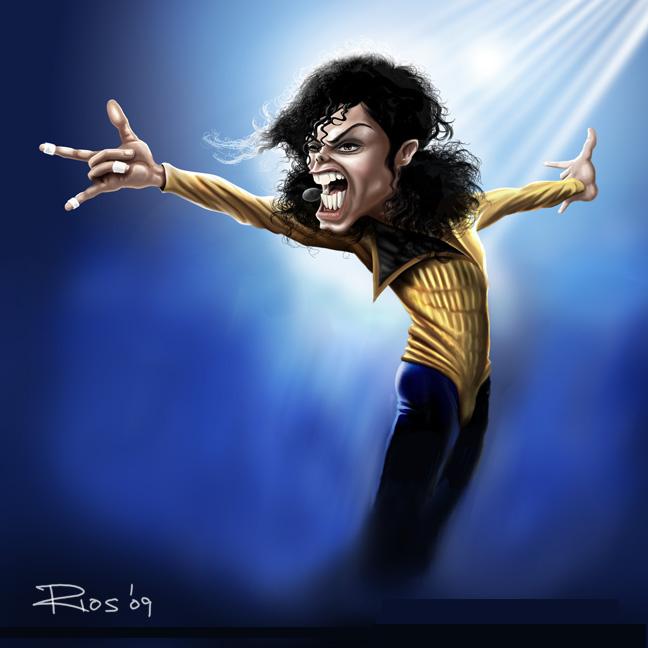 Michael Joseph Jackson (August 29, 1958 – June 25, 2009) was an American singer-songwriter, dancer, actor, choreographer, poet, businessman, philanthropist and record producer. Referred to as the King of Pop, he is recognized as the most successful entertainer of all time, as well as one of the most influential. His unrivaled contribution to music, dance and fashion, and a much-publicized personal life, made him a global figure in popular culture for over four decades. Jackson made his debut, alongside his brothers, in 1964 as the lead singer of The Jackson 5. His solo career started in 1971, and resulted in ten studio albums. Of these, the 1982 album Thriller became the best-selling album of all time, having sold more than 110 million copies worldwide. Four of his other albums Off the Wall, Bad, Dangerous and History: Past, Present and Future. 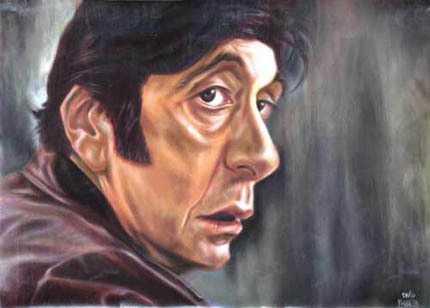 Alfredo James “Al” Pacino a famous American film Actor. He is best known for his roles as Michael Corleone in The Godfather film trilogy, Tony Montana in Scarface, Carlito Brigante in the 1993 film Carlito’s Way, Frank Serpico in Serpico , Lieutenant Colonel Frank Slade in Scent of a Woman, and Roy Cohn in Angels in America. He won the Academy Award for Best Actor in 1992 for his role in Scent of a Woman after receiving seven previous nominations. 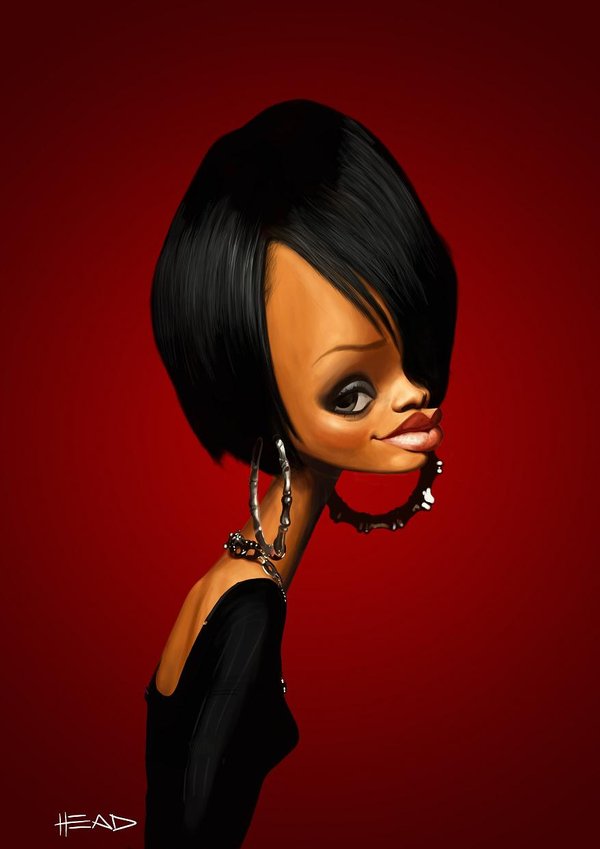 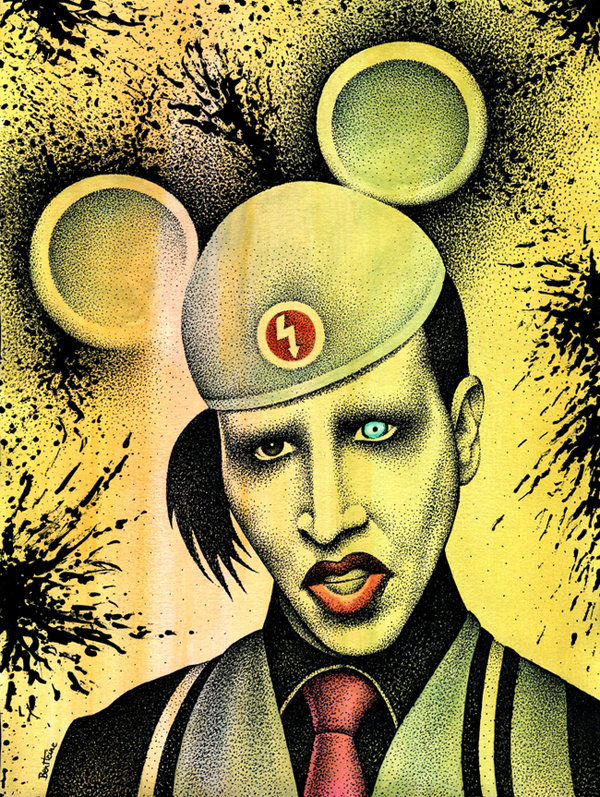 Marilyn Manson (Brian Hugh Warner) is an American Singer known for his controversial stage persona and image as the lead singer of the eponymous band, Marilyn Manson. His stage name was formed from the names of actress Marilyn Monroe and convicted murderer Charles Manson. His long legacy as being depicted in the media as a bad influence on children, along with his seemingly outrageous styles for which he models, and the controversy surrounding his lyrics all have led to his more pronounced public appeal. 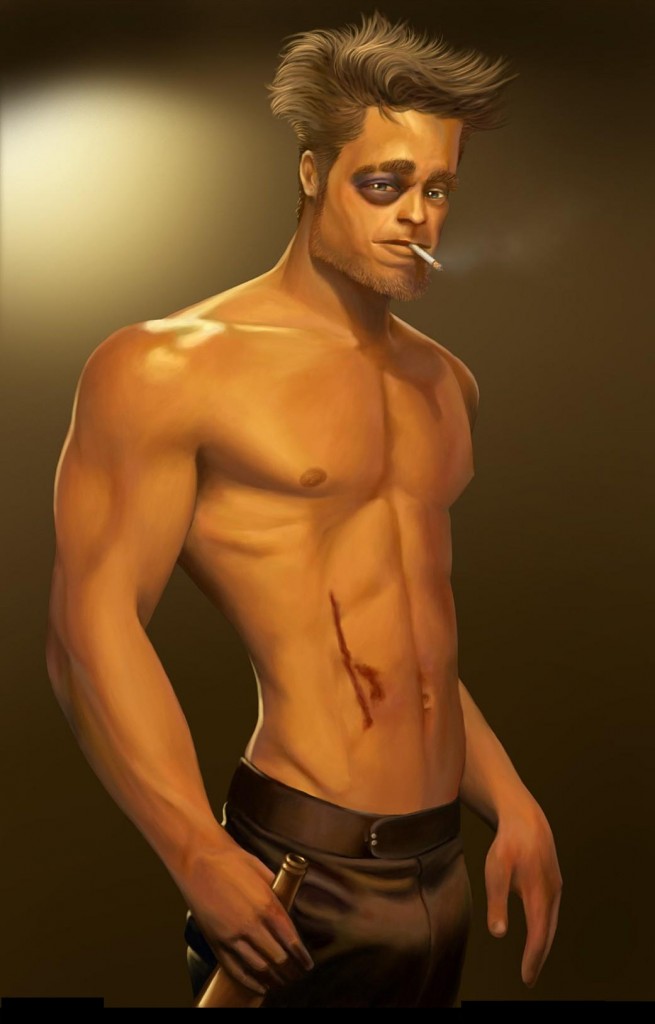 William Bradley “Brad” Pitt is an American Actor. Pitt has received two Academy Award nominations and four Golden Globe Award nominations, winning one. He has been described as one of the world’s most attractive men, a label for which he has received substantial media attention. He has worked in A River Runs through It, Interview with the Vampire, Legends of the Fall, Seven, Mr. & Mrs. Smith, The Curious Case of Benjamin Button and many more. 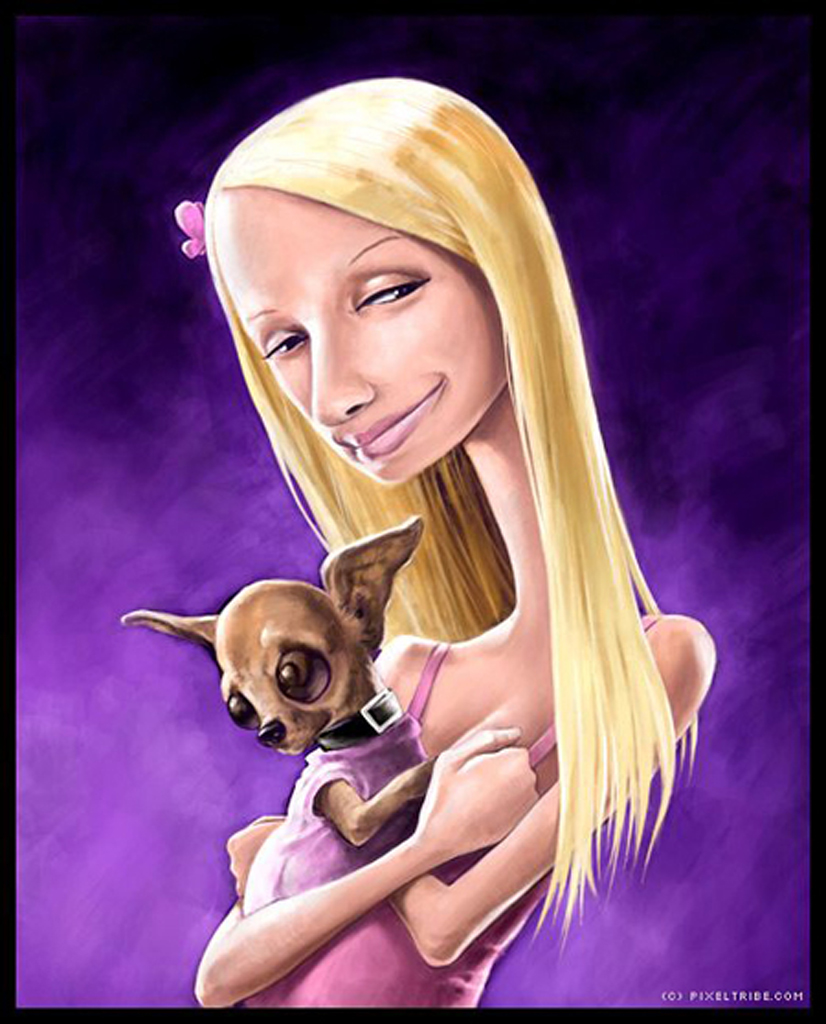 Paris Whitney Hilton (born February 17, 1981) is an American socialite, heiress, media personality, model, singer, author, fashion designer and actress. She is a great-granddaughter of Conrad Hilton (founder of Hilton Hotels). Hilton is best known for her controversial appearance in a sex tape in 2003, and appearance on the television series The Simple Life alongside fellow socialite and childhood best friend Nicole Richie. She is also known for her 2004 tongue-in-cheek autobiography, several minor film roles (most notably her role in the horror film House of Wax in 2005), her 2006 music album Paris, and her work in modeling. As a result of several legal incidents, Hilton also served a widely publicized sentence in a Los Angeles County jail in 2007. She has sold 2.3 million albums of her first and only album, Paris. 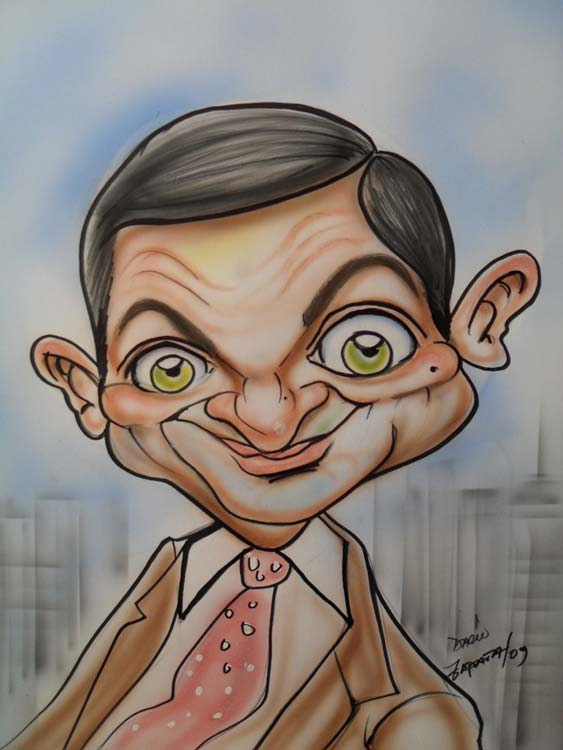 Rowan Sebastian Atkinson (born 6th January 1955) is an English comedian, actor and writer. He is most famous for his work in the satirical sketch comedy show Not the Nine O’clock News, and the sitcoms Mr. Bean, and The Thin Blue Line. 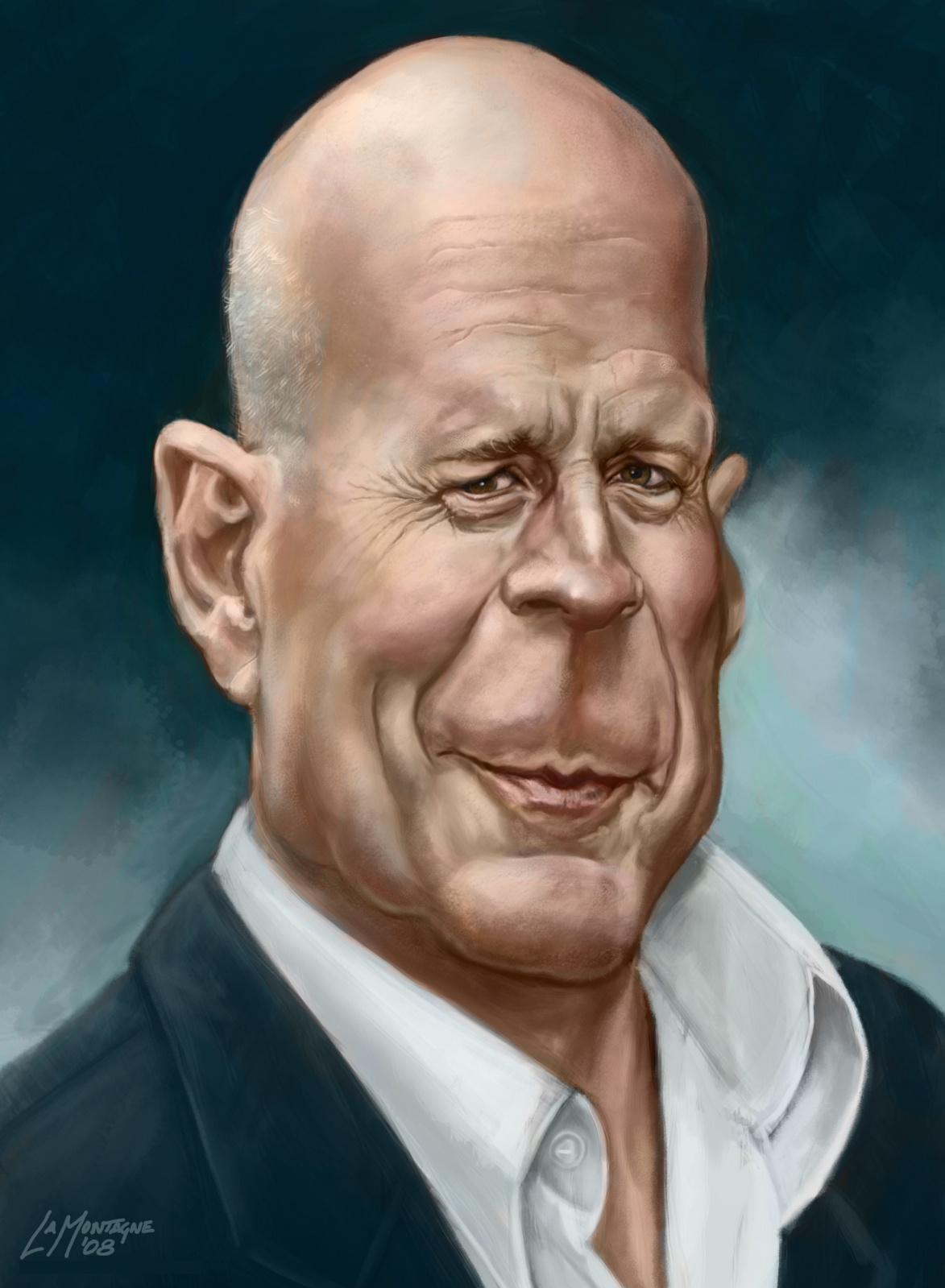 Walter Bruce Willis (born March 19, 1955), better known as Bruce Willis, is an American actor and producer. His career began in television in the 1980s and has continued both in television and film since, including comedic, dramatic, and action roles. He is well known for the role of John McLane in the Die Hard series, which were mostly critical and uniformly financial successes. He has also appeared in over sixty films, including box office successes like Pulp Fiction, Sin City, 12 Monkeys, The Fifth Element, Armageddon, The Sixth Sense and many more. 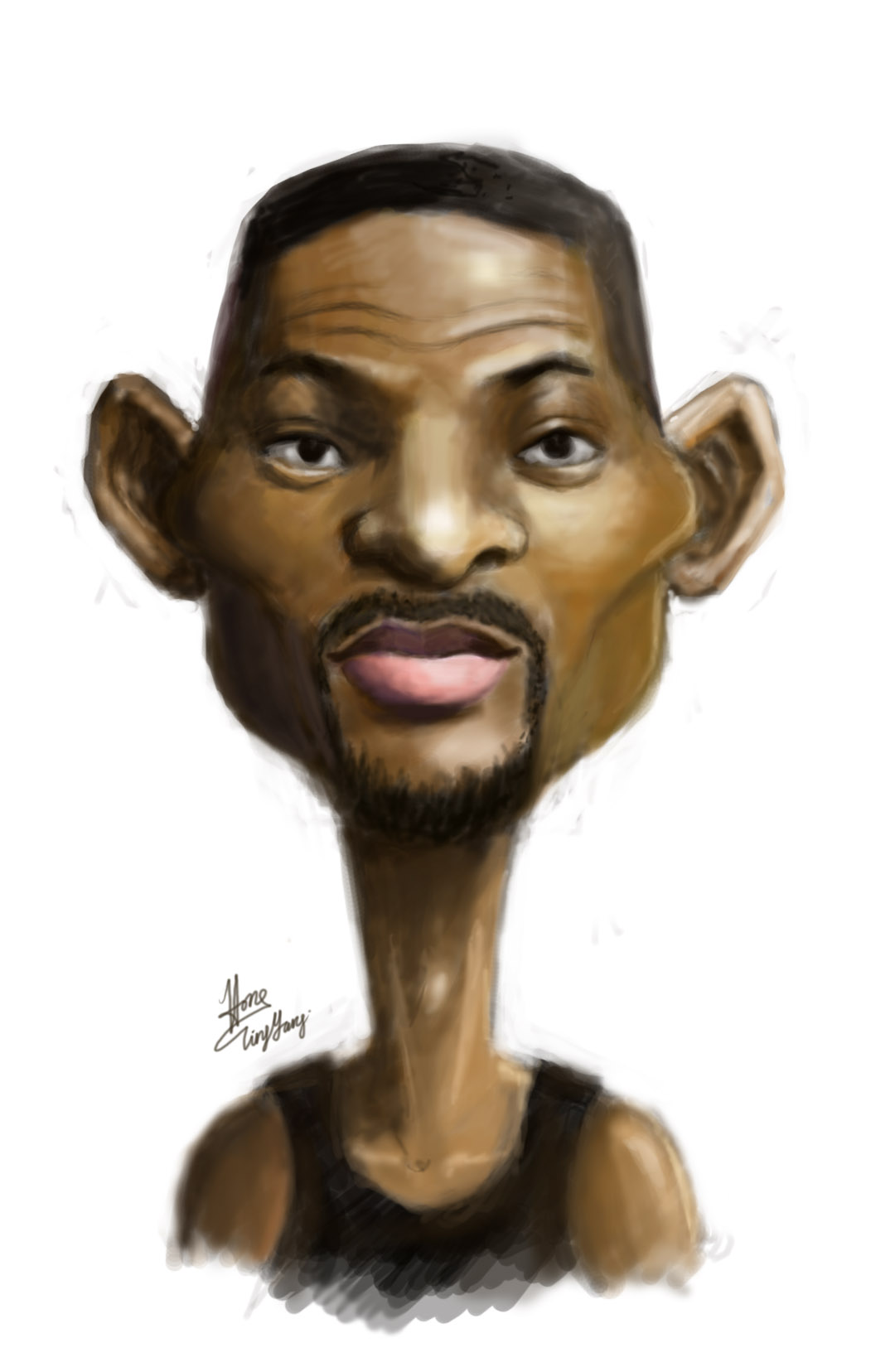 Willard Christopher “Will” Smith, Jr. (born September 25, 1968) is an American actor, film producer and rapper. He has enjoyed success in music, television and film. In April 2007, Smith has been nominated for four Golden Globe Awards, two Academy Awards, and has won multiple Grammy Awards. 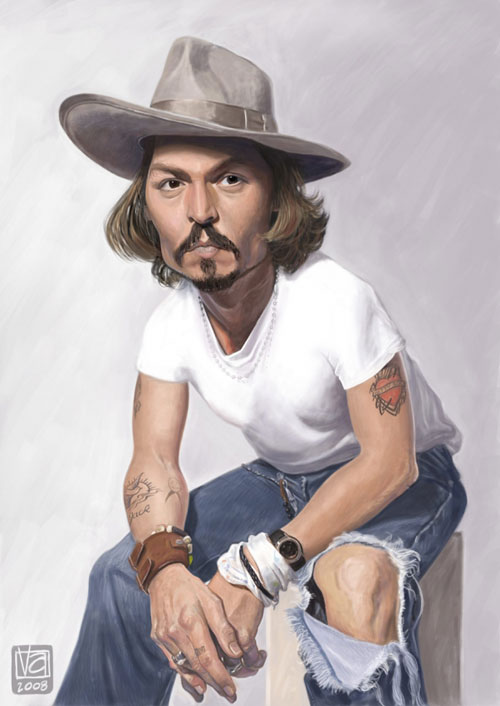 John Christopher “Johnny” Depp II (born June 9, 1963) is an American actor and musician known for his portrayals of offbeat, eccentric characters such as Jack Sparrow in the Pirates of the Caribbean film series, Raoul Duke in Fear and Loathing in Las Vegas, and Sam in Benny & Joon.